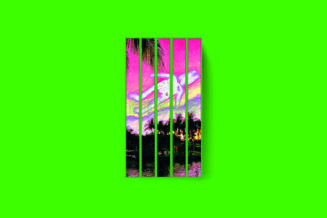 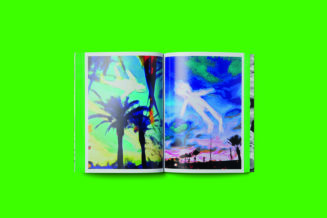 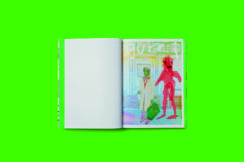 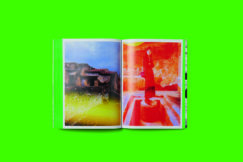 Harmony Korine, American director, artist and screenwriter has collaborated with Gucci’s Creative Director, Alessandro Michele on a limited edition book entitled Gucci by Harmony Korine with photos taken by Korine to highlight the 2019 Pre-fall collection designed by Alessandro Michele. The setting is the ancient cities of Ercolano (Herculanum) and Pompei in the region of Campanie in the south of Italy. The book covers are illustrated by Harmony Korine. If you place several copies of the books together it will form an image. Each book has a special protective cover which is also decorated with images of Harmony Korine.

Alessandro Michele chose the two UNESCO World Heritage cities of  Ercolano (Herculanum) and Pompei convinced that we should never forget or ignore the past if we want to understand and anticipate the future. Gucci is committed to promoting the world’s artistic and cultural heritage. The last chapter of the restoration and safe-guarding initiatives of the House includes partnerships with the Dia-Art Foundation of New York, the cloisters of Westminster Abbey in London, the Palatine du Palazzo Pitti in Florence, the archaeological site of Selinunte in Sicily and the Tarpeienne (Rupe Tarpea) on the south face of the Capital at Rome.

Gucci by Harmony Korine will be distributed in early June by the London independent publisher IDEA Books. The book will also be available at Gucci Garden in Florence and at Gucci Wooster Bookstore in New York.

Gucci would like to thank: Francesco Sirano, Archaeological Park Director of Herculaneum, Alfonsina Russo and Professor Massimo Osanna, directors of the Archaeological Park of Pompeii as well as the Italian Ministry for Cultural Goods and Activities.