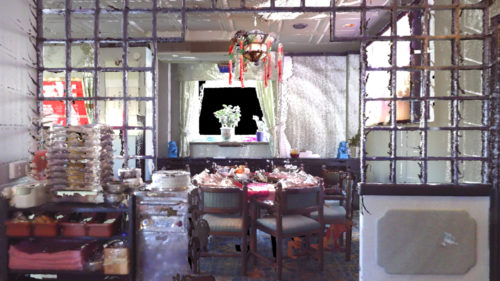 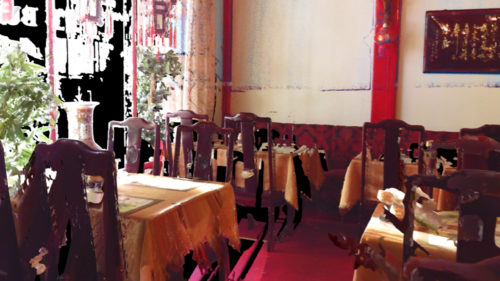 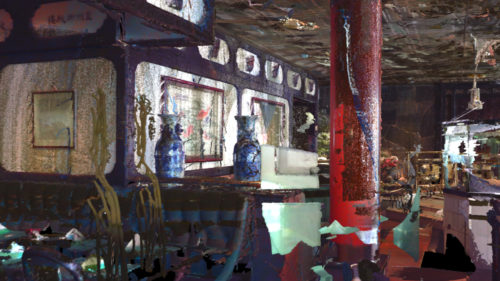 Jeunes Artistes en Europe officially opens April 4 until June 16th. I went there yesterday to the press opening and intend to go back tonight to see if I can find Lap-See Lam to interview her. Her art examines the ambiguity of identity and cultural constructs through an exploration, similar to archaeology of the history of the Chinese diaspora in Sweden. I was so intrigued by the film and the actual dialogue that I failed to look for the artist. Hopefully I will find her with some free time tonight. The film was originally designed for a mobile phone application, Mother’s Tongue is a work produced in tandem with her cousin, the director Wingyee Wu. Using a 3D scanner, the artists have started out by recording the interior of several Chinese restaurants in Stockholm, at a time when many of them are about to disappear. This initial act of preservation is then fictionalized by way of a voice-over. Besides the ghost of therestaurants addressing the viewer from a future where artificial intelligence and robotics seem to have replaced the places and the people, monologues by three women are heard who have a history with these restaurants; three generations that successively evoke the cultural frictions, family-related, social as well as technological, that they are confronted with. Using specific stories, the film evokes the cultural reality of immigration and how it affects the construction of identity and otherness over time. 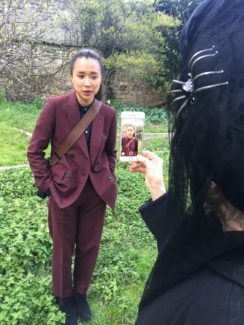 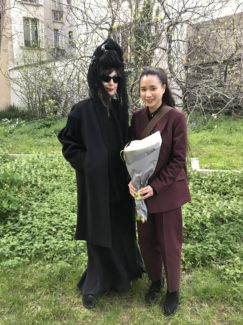 Lap-See Lam was born in 1990 and lives and works in Stockholm. All of the artists in Jeunes Artistes en Europe Les Metamorphoses were born from 1980-1994,  after the fall of the Berlin Wall. 21 artists were selected from 16 countries however the team from Fondation Cartier visited 29 countries and discovered over 200 artists selected from 1,000 portfolios.