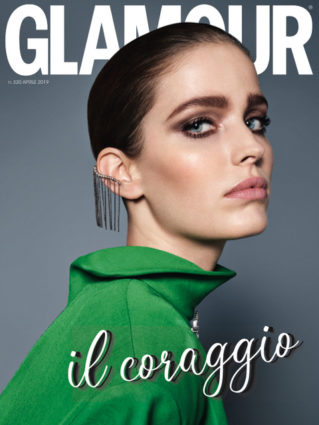 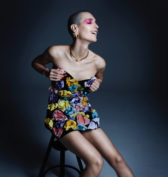 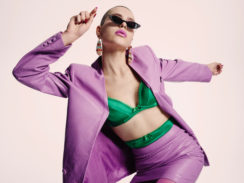 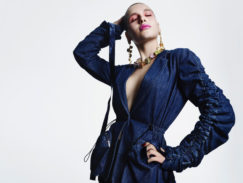 Today, sees the launch of the April issue of Italian Glamour magazine featuring the amazing trans model Maxim Magnus shot by British photographer Vicky Lawton who is represented by Rankin’s agency – Tonic Reps. Maxim is a trans model making waves in the fashion industry by battling gender exclusivity, homogeneity and being her genuine superwoman self.
“Don’t get too upset about negative thoughts and comparisons. Be lenient with yourself. And if you want something, don’t waste your time: life is just one.” Maxim Magnus
“I have abandoned the comfort zone many times: I left Antwerp for London; I launched myself into the world of fashion without a parachute and without knowing where it would take me; I faced the change of sex socially and surgically; the story on social media with extreme authenticity. I always try to overcome my limitations. The important thing is to make pit stops every so often, to check that the direction is right “. Maxim Magnus
“Being born a transgender is not a choice, nor a fault. Too often, minorities are exploited by an industry that does not really integrate diversity”. Maxim Magnus
photos by Vicky Lawton at Tonic Reps
Styling by Lorenzo Posocco
Make-up by Gina Kane
Hair by Josh Knight