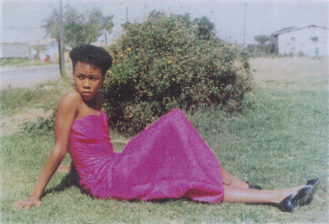 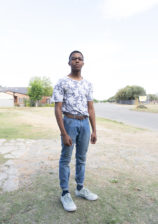 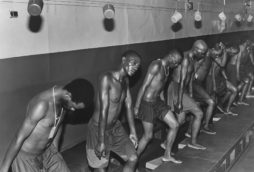 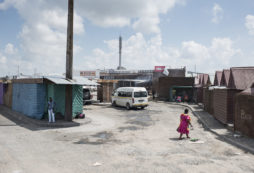 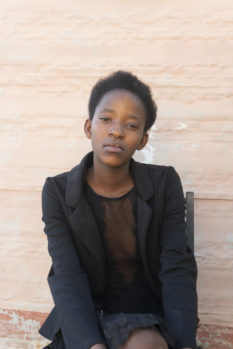 The exhibition Welkom Today, by Ad van Denderen (1943, The Netherlands) and Lebohang Tlali (1978, South Africa) goes on show at the Stedelijk Museum Amsterdam on 18 May. 25 years after Nelson Mandela was elected president, Van Denderen and Tlali present a critical sequel to the highly-praised photo book Welkom in Suid-Afrika (1991) in which van Denderen chronicled apartheid’s final days in the gold mining town of Welkom. Welkom Today combines old and new photos by Van Denderen and Tlali with photos taken by students, family albums, newspaper archives and stories by writer Margalith Kleijwegt. The exhibition is part of a multi-part photography project, produced by Paradox, the platform for documentary projects.

Welkom Today begins with an e-mail from Lebohang Tlali to Ad van Denderen. Tlali grew up in the township Thabong, close to Welkom, and discovered the bookWelkom in Suid-Afrika when he was studying in Cape Town. For Tlali, it was an eye opener—for the first time, he was able to see how communities on both sides of the conflict had lived during apartheid. And yet he also felt that the photos of Thabong were strangely familiar. In his email to Van Denderen, Tlali wrote: “These photos were taken at a crucial stage of South Africa’s history. I was only twelve at the time, and there was a lot of uncertainty. I am continually drawn to your book which somehow still reflects the reality of Welkom and South Africa today.” That email exchange was the beginning of an extraordinary collaboration between Tlali and Van Denderen.

Welkom Today contrasts the photo-journalism of Welkom in Suid-Afrika (1991) with multiple stories and perspectives, from official newspaper versions of events, to the intimate narratives gathered together from family albums. Van Denderen: “It isn’t just Welkom that has changed since the abolition of apartheid, I’ve changed, too. 27 years later, I see the town very differently. Instead of zooming in, as I did then, I now look for less confrontational, more nuanced images.”

Welkom Today is based on the idea that every form of photography can tell a different story. The new and historic images of Van Denderen and Tlali are presented side by side, interwoven with archival footage and photos taken by pupils from Welkom and Thabong. Bringing together photography, video and text, the exhibition provides a fresh, vivid overview of this contentious era. The eight family narratives in the book, told from the perspective of the younger ‘born free’ generation, offer unprecedented insights into South Africa’s fraught history. But the exhibition doesn’t simply look back—it also looks to the future. One of the video installations presents the growing photo archive of the students, who still keep in touch through a WhatsApp group. Welkom Today is about different voices and perspectives, about changing the way you see things, and attempts to bring separate worlds a little closer together.

Welkom in Suid-Afrika
In the early ’90s, photographer Ad van Denderen and Margalith Kleijwegt travelled to Welkom to record the last days of apartheid. The mounting tensions between the white and black communities repeatedly erupted in unrest. The town was considered an example of how things could go wrong during the process of change. After multiple visits the story was published in Vrij Nederland magazine, and in the acclaimed photo book Welkom in Suid-Afrika in 1991.

Ad van Denderen is one of the most important Dutch photographers in the collection of the Stedelijk. The museum collection includes photos from numerous series since the ’80s, including Welkom in Suid-Afrika. Van Denderen’s self-reflexive position represents a significant evolution in contemporary documentary photography.

Lebohang Tlali is active as a photographer, teacher, project leader and curator in South Africa and Europe. He studied at the Michaelis School of Fine Art in Cape Town and Kaospilot in Bern and worked for various cultural organizations such as the Cape Africa Platform, Stevenson Gallery and the 10th Berlin Biennale. In recent years, he has increasingly focused on education and inclusive art projects.

Welkom Today is a co-production between Paradox and the Stedelijk Museum Amsterdam, and was put together by curators Anne Ruygt and Bas Vroege. The Stedelijk and CBK Zuidoost (Foundation Centre for Visual Arts Southeast) have teamed up to organize a programme in the Bijlmer and an educational project at Dutch high schools on the theme of separate worlds.