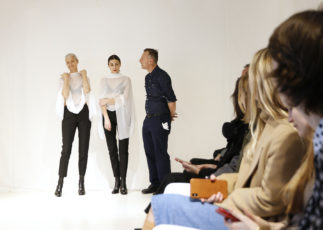 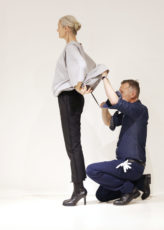 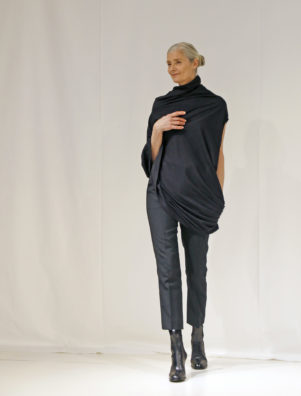 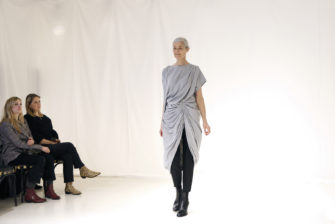 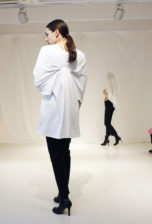 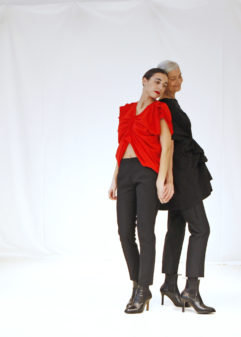 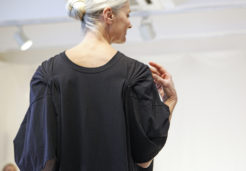 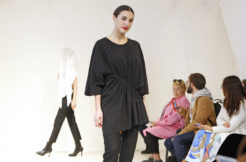 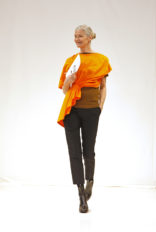 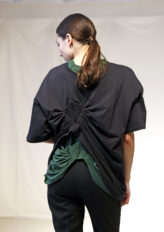 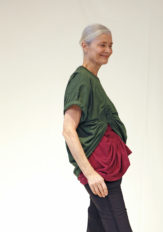 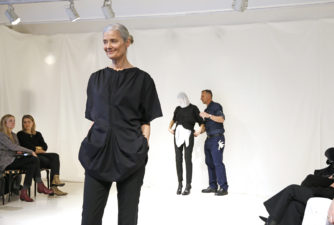 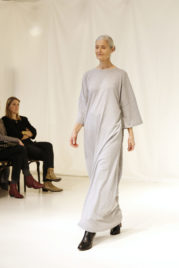 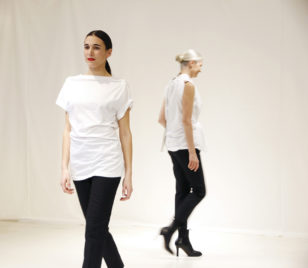 “For several weeks, several months, almost a year, with no desire to impose upon them a season, I draped t-shirts. With the precious help of seamstress Martine Lenoir, following the movements of Axelle Doué and with Zoé and Gael, faithful lovers of our research projects, we realized a singular collection.

We bought t-shirts of all sizes on the internet. Archetypal of traditional contemporary clothing and common to all societies and geographies, the t-shirt is ennobled by the knowledge of Martine Lenoir and Axelle Douéwho have both worked actively alongside Madame Grès as a seamstress and cabin mannequin. In these nothing t-shirts, whose shipping costs were often higher than the cost, the meticulous draperies drain the ordinary out of this daily garment and lead to the territories of a very high fashion.

No motives, no embroidery, no ostentatious artifice other than the one made by our hands assembled in the republic of a forgotten memory.

Each model is produced in 7 examples only, after the principle of artists’ numbered serigraphs.

From show to show, Moda Povera informs another temporality. The seasons do not intervene. The t-shirts of Moda Povera are worn against the skin or over black long-sleeved bodysuits. Similarly, a show does not bring ruin to the ideas of the previous one. From collection to collection, certain models endure, others disappear, others appear, leaving free the pursuit to advance with maturity.

In the dance studios of the Centre national de la danse in Pantin, we had the chance to build these clothes with hook-and-loop movements.

With two suitcases, two flying models, portable lamps, a nomadic podium, we are going to roll out our collection to those who wish to receive us, renouncing with joy the waiting for the show, the expensive decor that entertains the subject.”