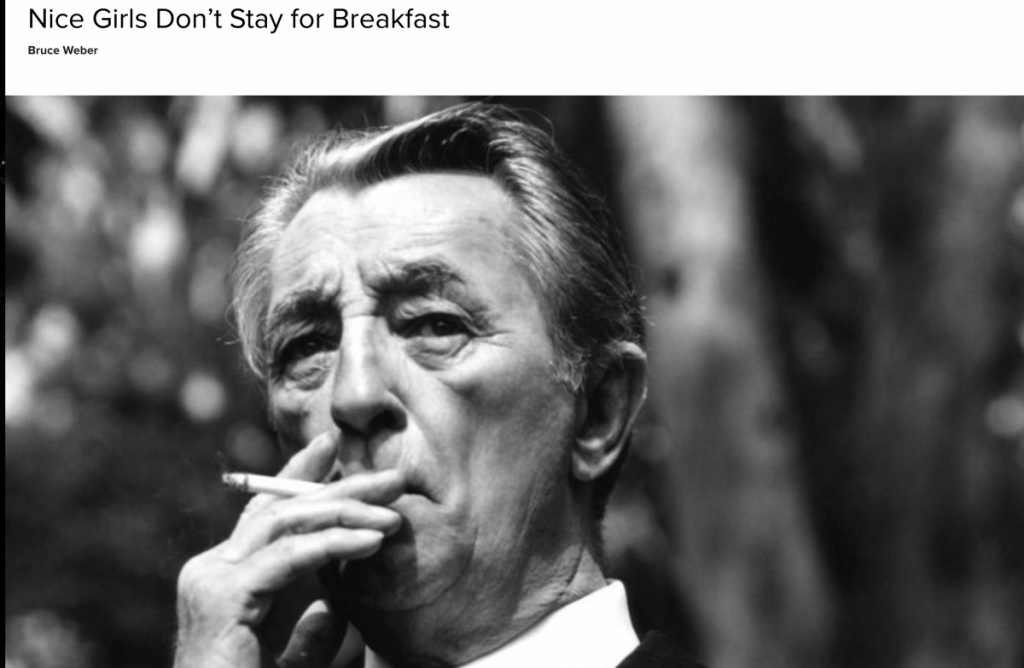 Bruce Weber managed to convince Robert Mitchum to come before his camera and created a powerful and tender portrait of an actor that represented a bygone era. The film clips, the music and basically the rhythm of this beautiful film kept you enchanted for the 80 minutes. The film was shot in 35 mm. If you don’t know who Robert Mitchum is start googling and  for sure you are familiar with the love hate tattoos that adorned his knuckles in the film and started a contemporary trend. He was the original Hollywood Bad Boy.

Watch the teaser “Nice Girls Don’t Stay for Breakfast” and enjoy the photos. February 27th the film will be released in France and this is the first theatrical release in the world.