Despite being based in Kyiv, Viktoria Balaniuk’s brand has international stockists in Japan, Georgia, South Korea and the US. Balaniuk’s secret is to find the right balance between style and comfort, remaining relevant while offering customer-friendly clothes. Her tailoring was strong this season, mainly mannish and oversize, but made in beautiful fabrics, while her separates had plenty of charm, from scarf detail blouses to high-waisted skirts and pants. In typical Ukrainian fashion, she seemed more comfortable with a modest silhouette underlining loose lines and voluminous details than clingy chic. One of her dresses, which featured contrasting lacing in the front, recalled peasant-inspired dressing and some of Ukraine’s traditional folk styles, a source of inspiration for many designers in Kyiv. 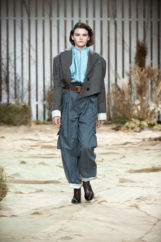 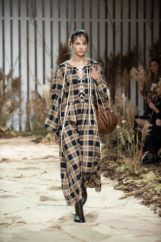 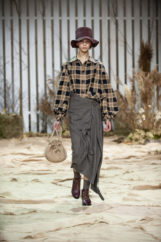 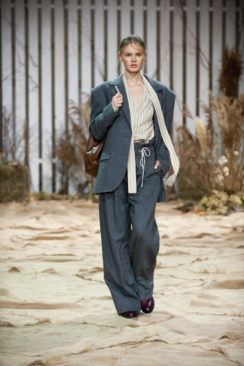 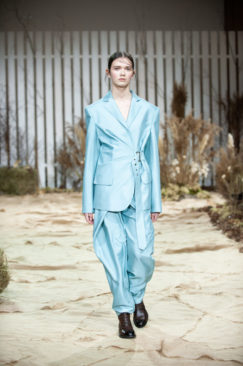