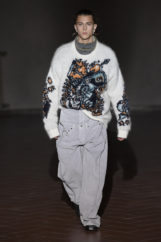 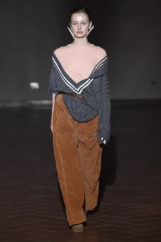 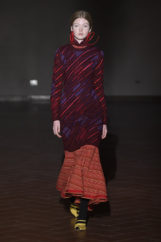 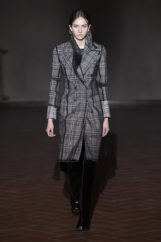 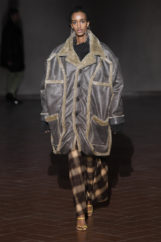 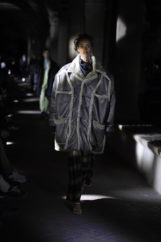 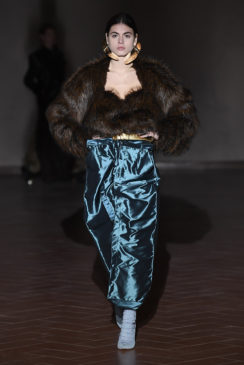 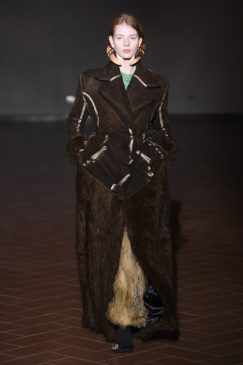 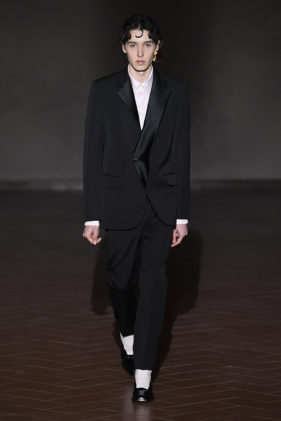 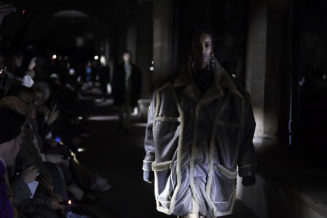 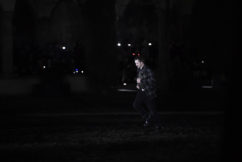 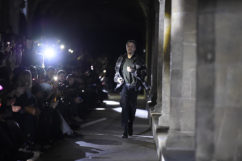 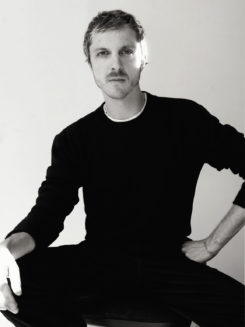 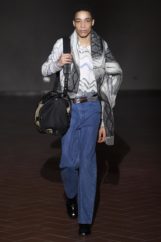 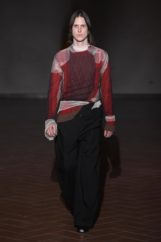 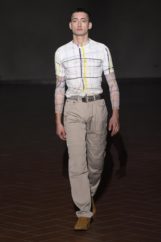 Last night the Pitti Uomo’s 95th guest cast a spell on its audience. The location: Santa Maria Novella’s Grand Cloister in Florence. The show was named “Pop-Up” as garments proposed several different ways they could be worn. If Martens idea was to transport his guests, he succeeded with what some have said it made one feel like you were in a scene from the film ‘Close Encounters of the Third Kind.” Desire and emotion, isn’t that what we all want in a collection and a show? Martens gave just that with both the men’s and women’s collections. Optical effects included layered fabrics on transformable looks. The full collection of footwear for men was a first with thigh high boots and formal shoes. The formal shoe for men matched the ever so elegant tux for men. I could not resist imagining Timothee Chalamet wearing that tux for one of his red carpet events. Have a look yourself , this is just a small selection.