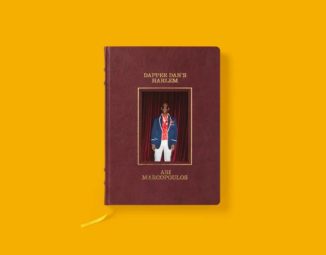 Tonight the limited edition Dapper Dan’s Harlem will be launched at Pitti at Gucci Garden in Florence. The book is produced by Gucci with the images of Ari Marcopoulos. This is the second book that Ari Marcopoulos has done for Gucci. In 2016 Gucci published Epiphany, a limited edition of images taken during a photo shoot in a palazzo in Milan to document the men/women’s pre-fall collection under the creative direction of Alessandro Michele.

The limited edition Dapper Dan’s Harlem will be 180 EUROS and only 500 copies will be produced and distributed by IDEA the independent london publisher. The book will also be available at Gucci Garden in Florence and at the Gucci Wooster Bookstore in New York.