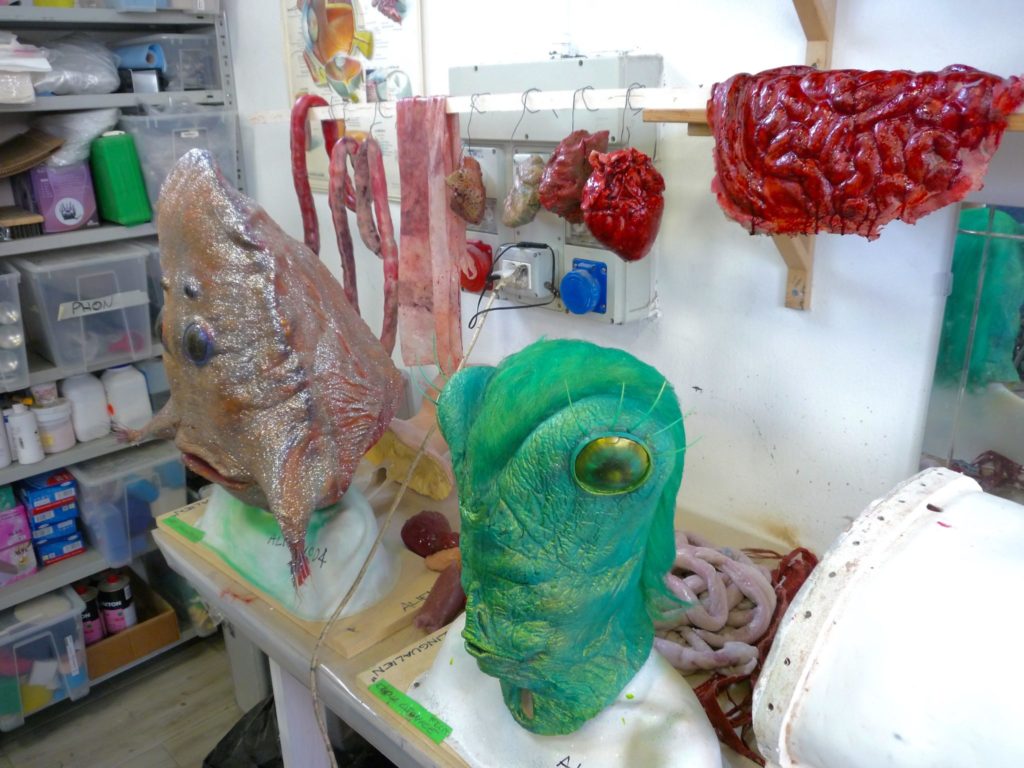 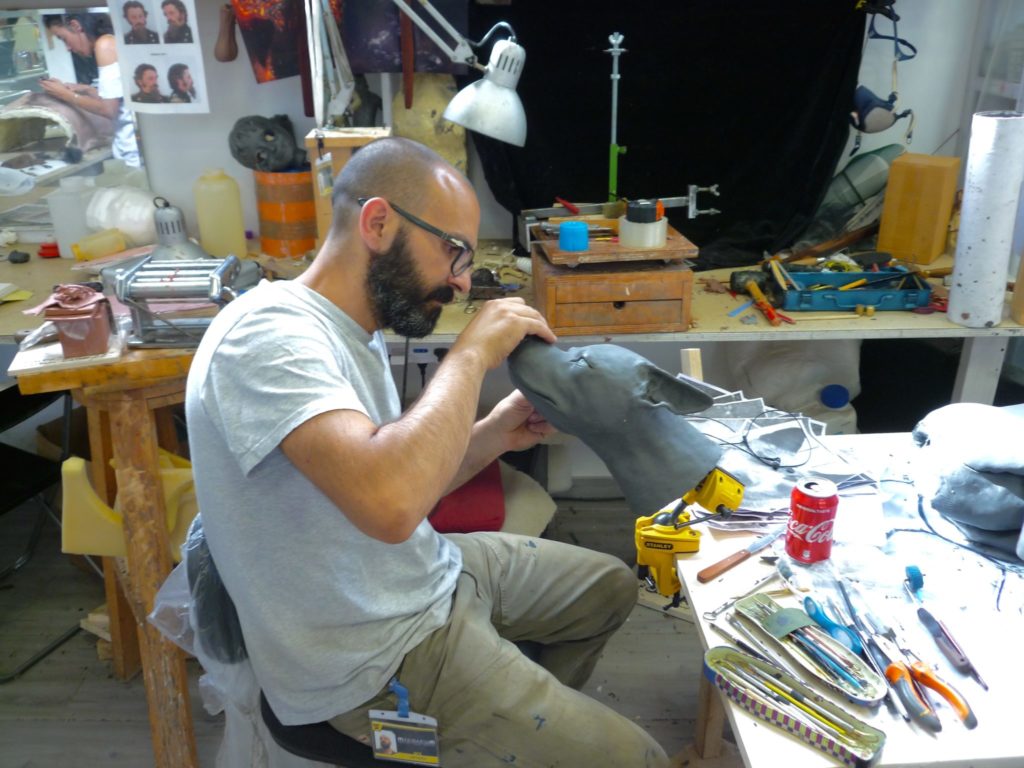 “Do you want to go to the place where they made Gucci’s severed heads and baby dragons?”

The question made me feel like I was a carny passing by a back alley in Coney Island, circa 1940: “Pssst, hey pal! I got a three-headed baby on ice back here. You interested?”

But instead of a shady mobster it was curator Clara Tosi Pamphili, and the back alley was actually the backlots of Cinecittà Studios—the film-making complex opened by Mussolini in 1937, which recently returned to state ownership and has been going through something of a renaissance, thanks to a $74 million investment from the government. (George Clooney made a film there last month and it is the only movie studio that offers pre-production, production and post-production services and facilities—so one can literally walk in there with a script and leave with a completed film.)

During our visit to A.I. Re-action, an exhibition curated by Clara and Alessio de’ Navasques during AltaRoma, we inquired about the strange silhouette mannequin and busts on the far wall of the space. Clara explained that they were produced at Makinarium, the award-winning special visual effects studio, founded in 2014, that produces lifelike creations for TV and film, as well as the runway (the aforementioned Gucci accoutrements). Off we went for a private tour. (And here’s your video introduction…) 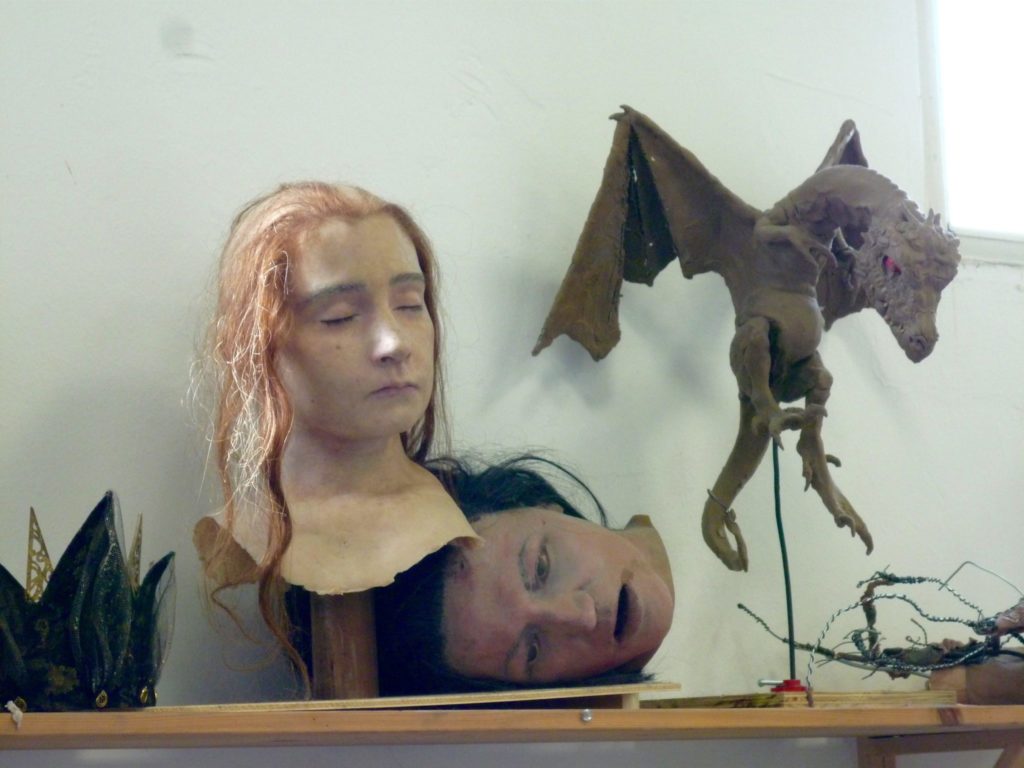 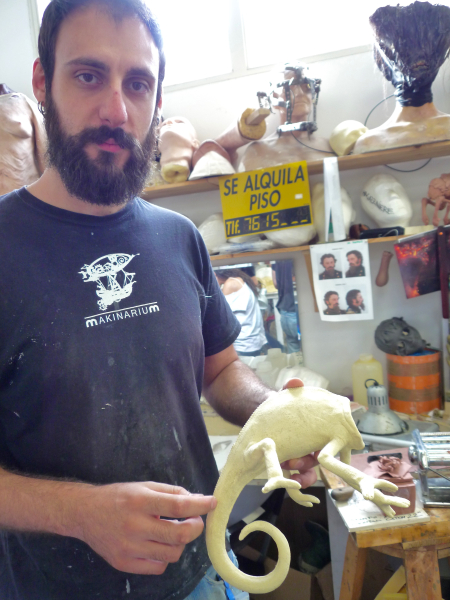 One of  Makinarium’s artisans shows us a prototype for the baby dragons that appeared in Gucci’s Fall 2018 runway show. 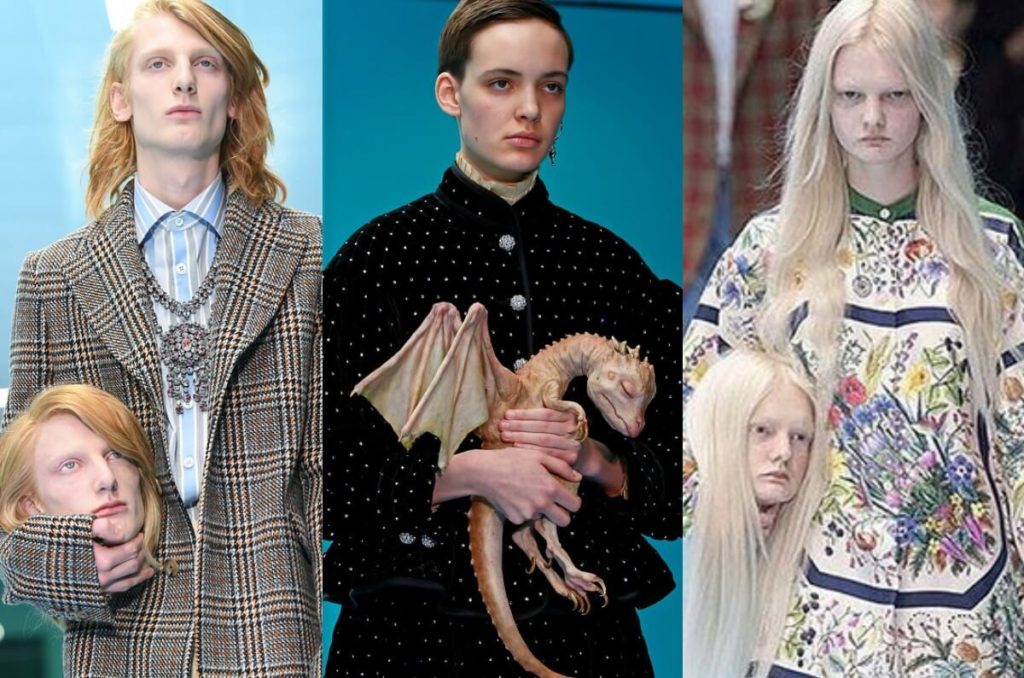 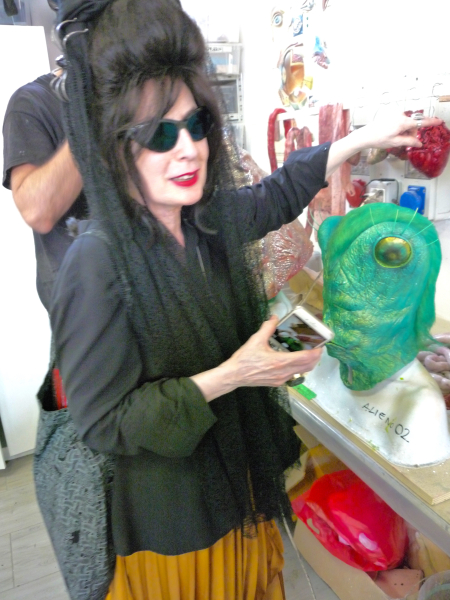 Loving the aliens: Diane and I were like kids in a candy store. Makinarium specializes in special effects, visual effects, special makeup, animatronics and hyperrealism. Even though the company is small—there are no more than a dozen workers—their output is impressive. 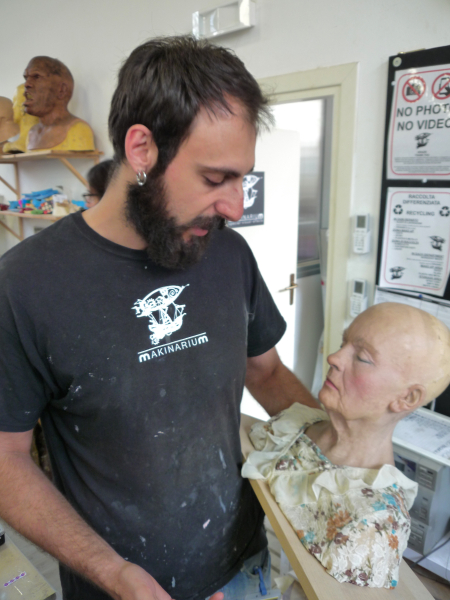 We were invited to touch this bust’s very realistic flesh. 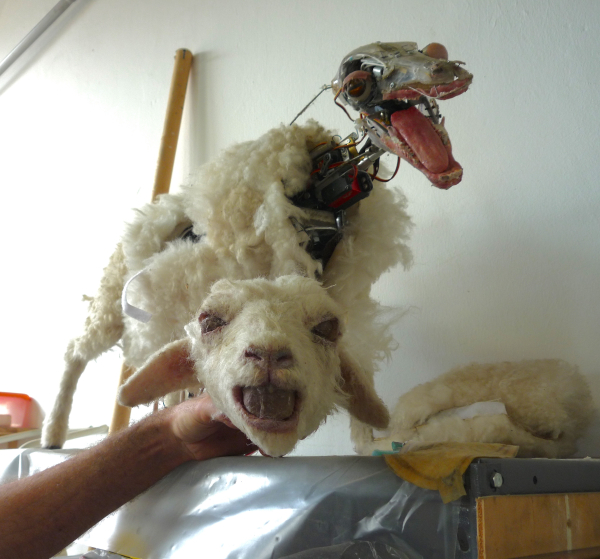 I welcome the day when scary robot sheep take over the world. 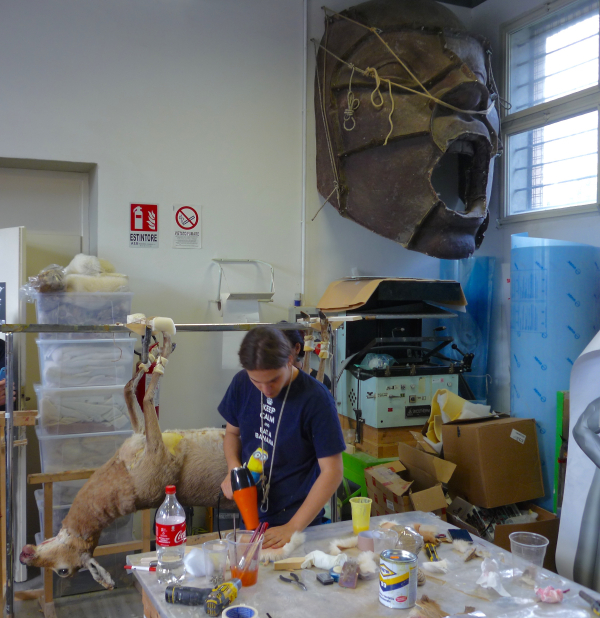 “No animals were harmed during the production of this film.” You’ve seen it many times before in film credits, and here’s the proof—an extremely realistic deer carcass. 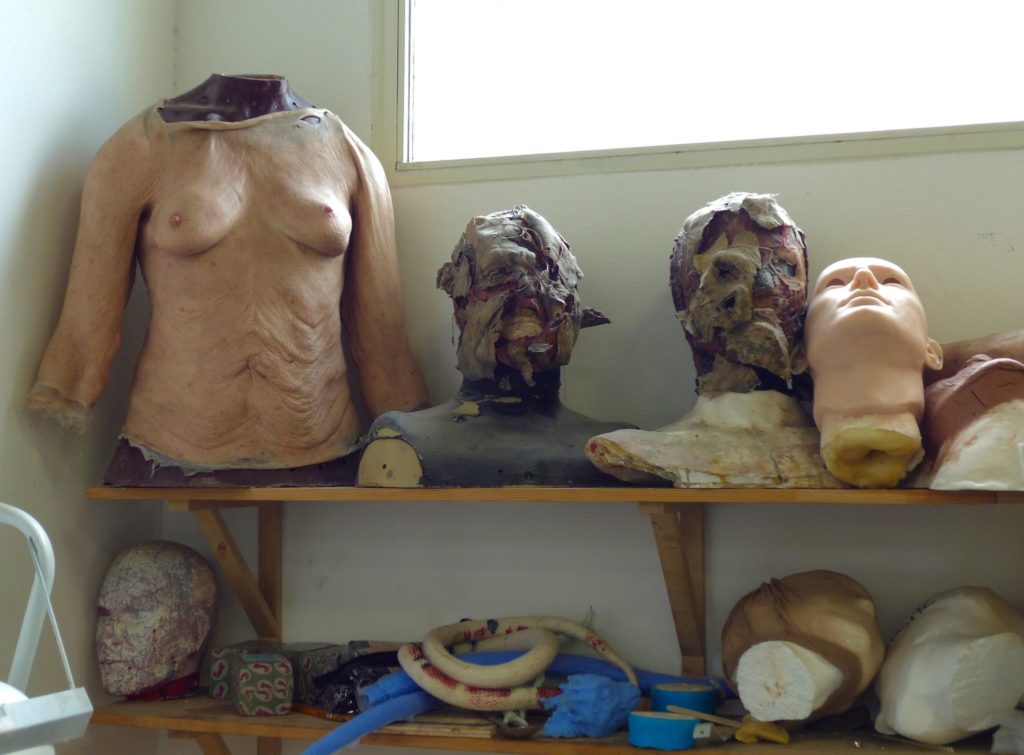 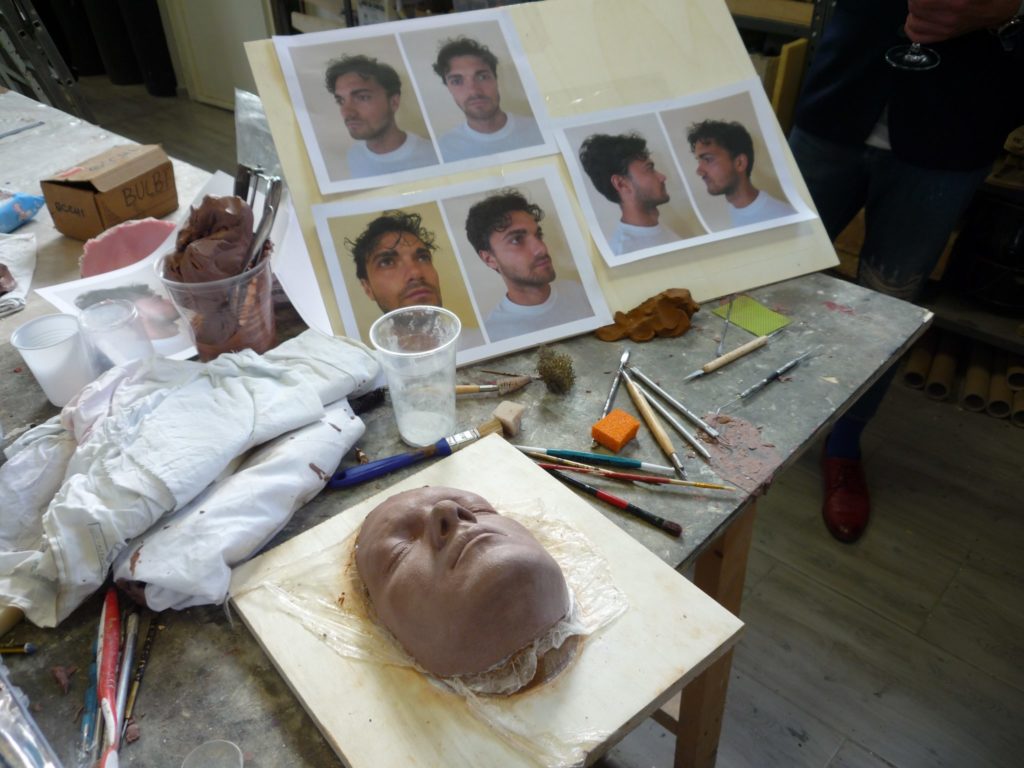 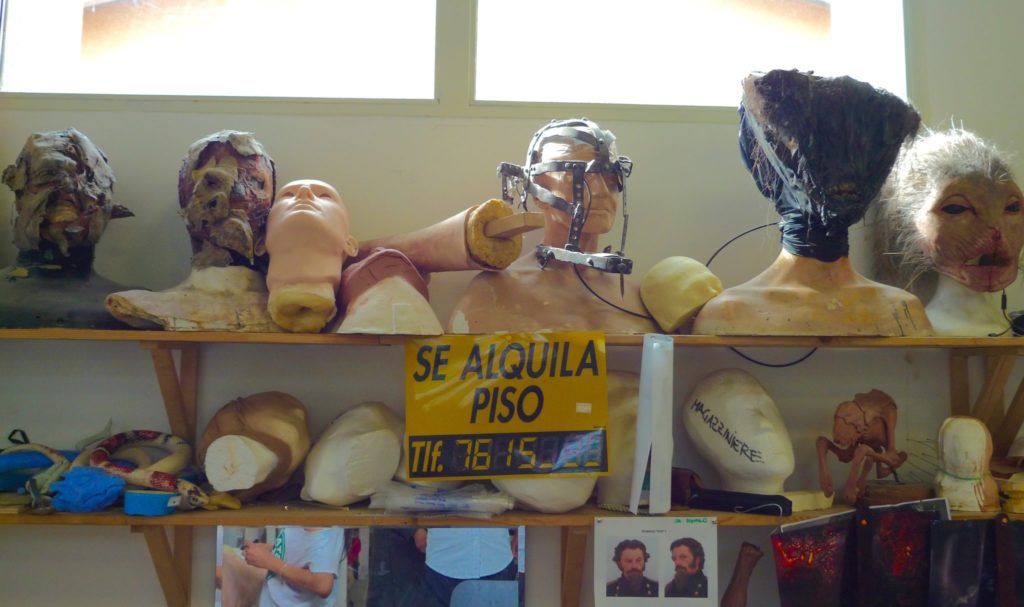 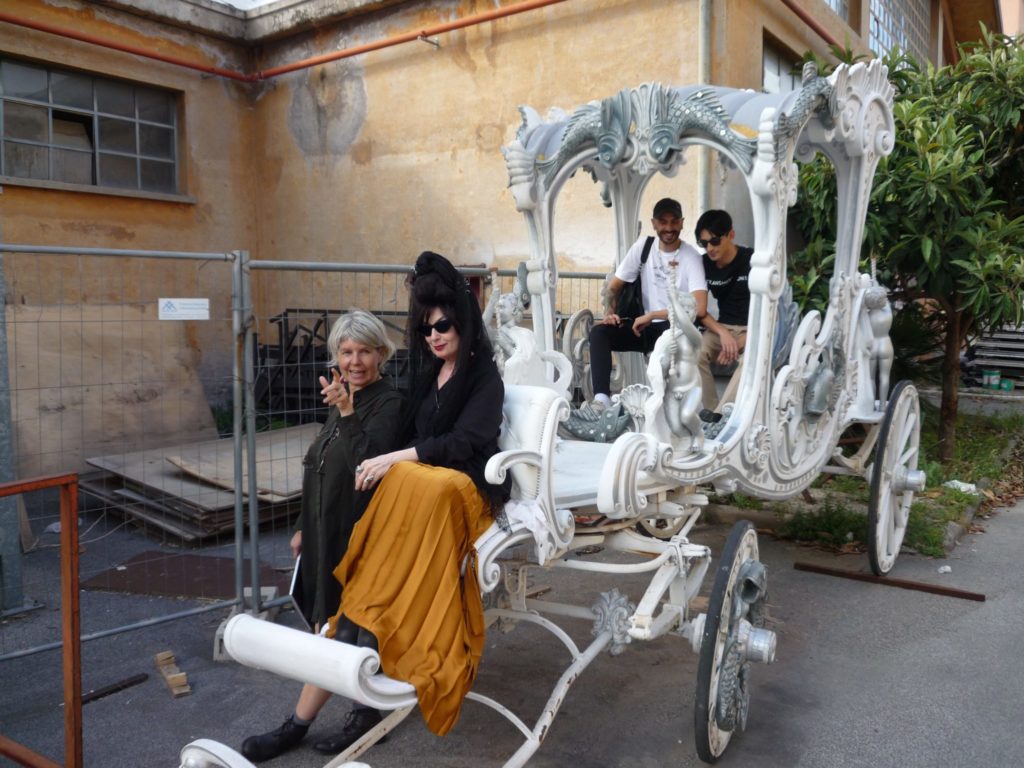 After our tour, a magical carriage awaited to spirit Clara and Diane away. (Well, there were no horses available, so they just settled for this photo op.)