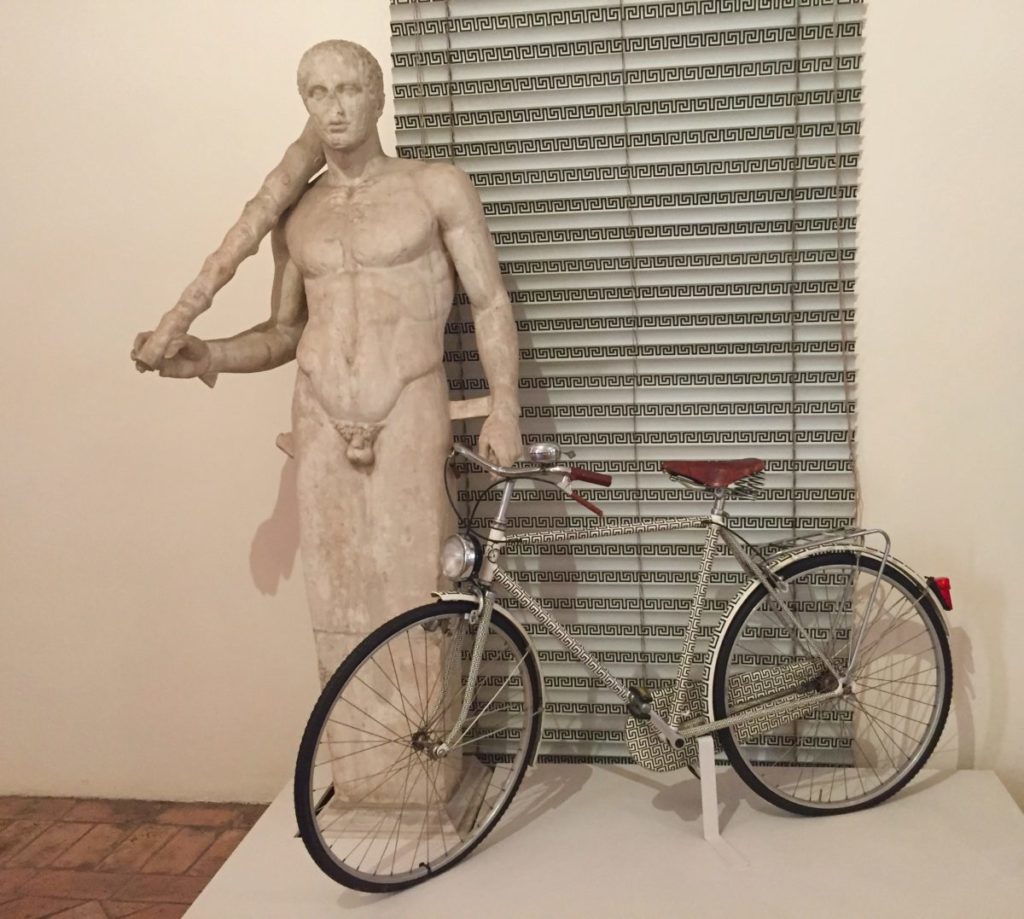 My last three days in Rome were rather idyllic. As New York sweltered in humidity, Italy’s capital enjoyed dry weather and a refreshing sea breeze. In the evening, well-behaved World Cup fans gathered in piazzas before wide-screen TVs as my friend Consuelo and I enjoyed marinated zucchini, raw artichoke salad and rosé from Israel in the Jewish Ghetto. My pal Rinaldo, just back from walking the red carpet at the Shanghai International Film Festival, invited me to his rooftop terrace where we caught up on a full year’s worth of global anecdotes over a delicious dinner of figs, octopus and tomatoes the color of rubies.

The cherry on top of the tiramisu was my visit to the Museo Nazionale Romano – Palazzo Altemps to wander through the phantasmagoric exhibition Practical Quotes. Fornasetti at Palazzo Altemps. On its own, Altemps offers an intoxicating experience: the collection of important Greek and Roman sculptures that belonged to several families of Roman nobility in the 16th and 17th centuries presented in gorgeously frescoed rooms is enough to bring one to tears.

When the designs of the father-and-son team of Piero and Barnaba Fornasetti are juxtaposed with these great works, the effect is startling: the architecture of ancient Rome echoed in Fornasetti’s trompe l’oeil patterns, cheeky humor competing with barbarity, modern and ancient, sacred and profane. 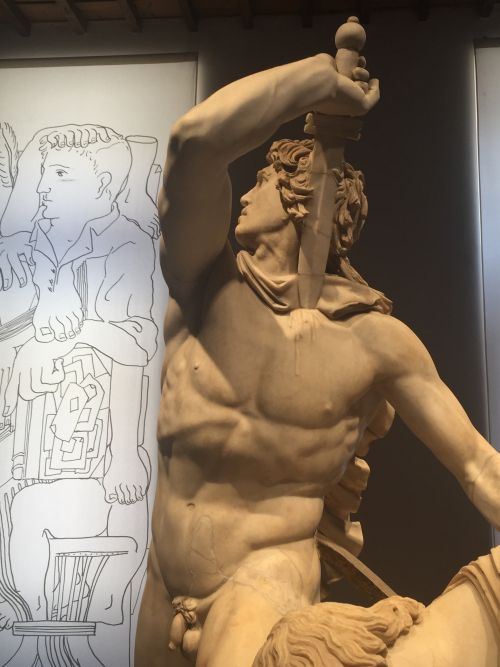 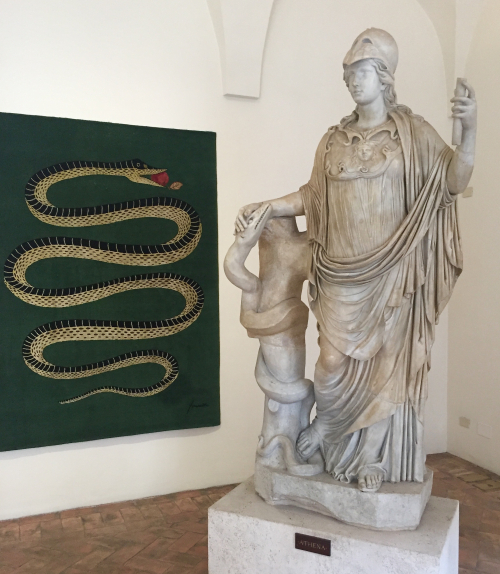 Athena and Fornasetti’s Serpent in the Garden of Eden rug. 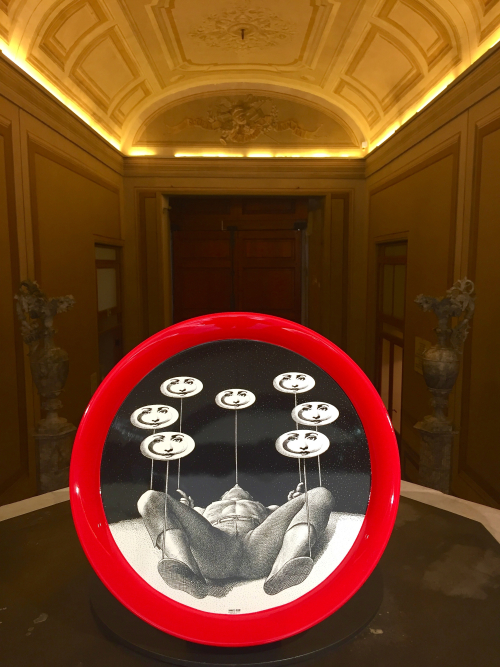 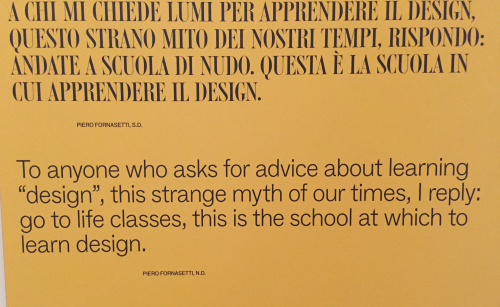 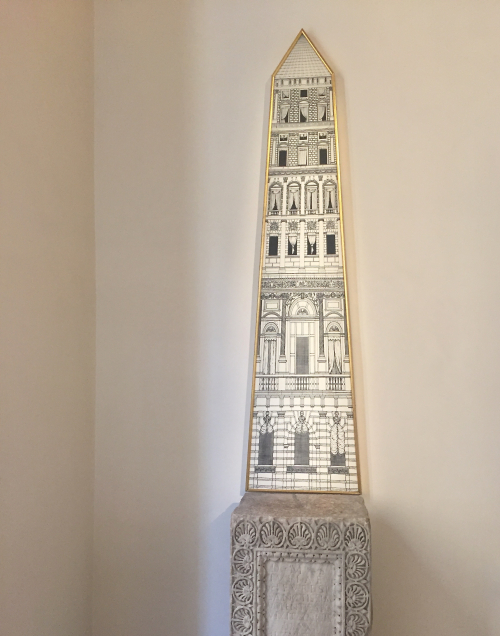 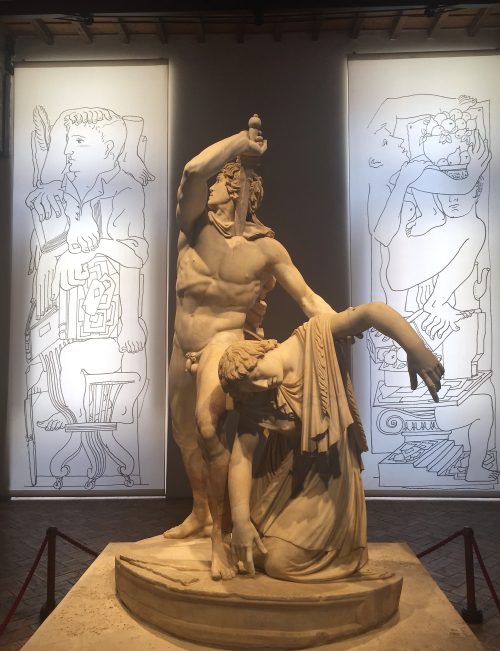 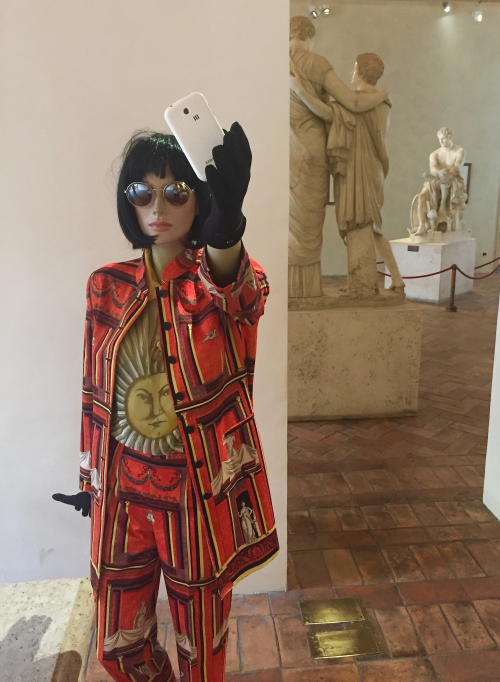 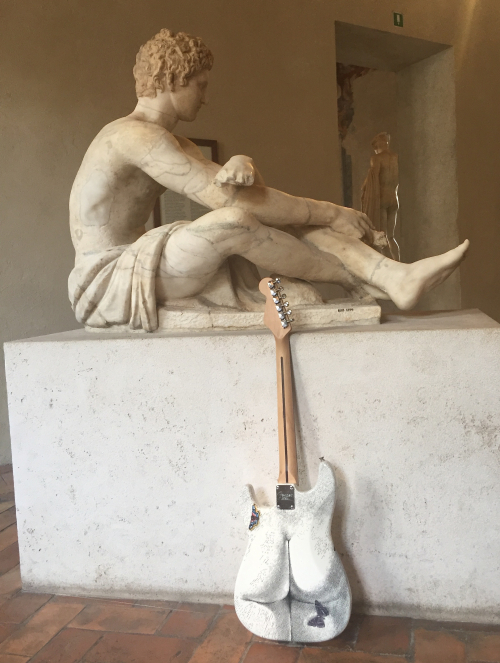 One of my favorites. Rock on, Roman beauty. 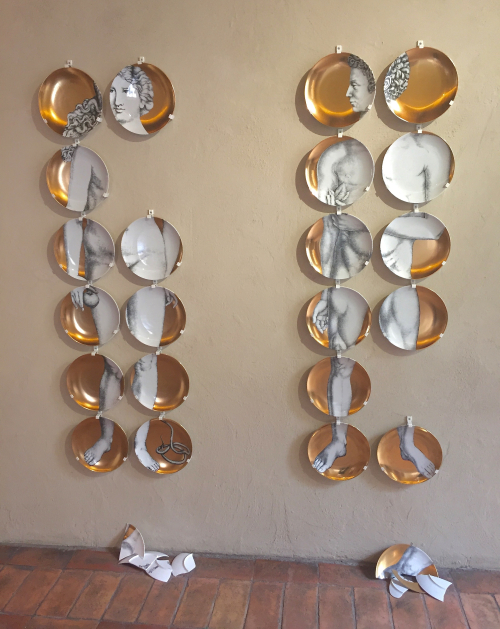 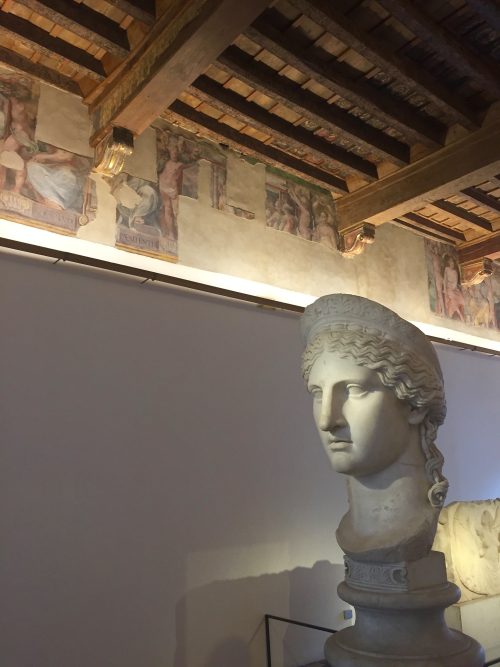 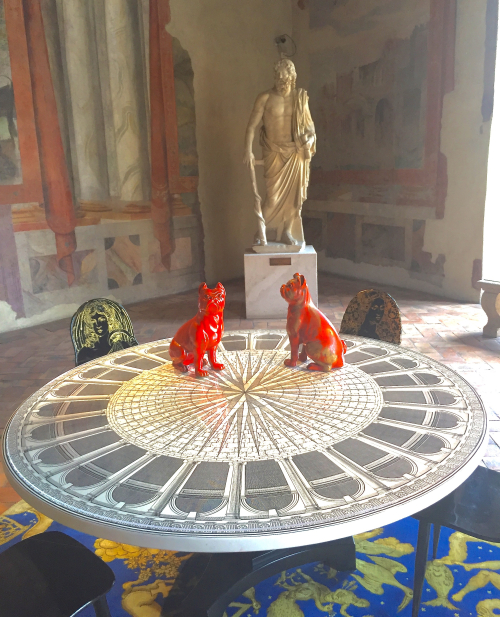 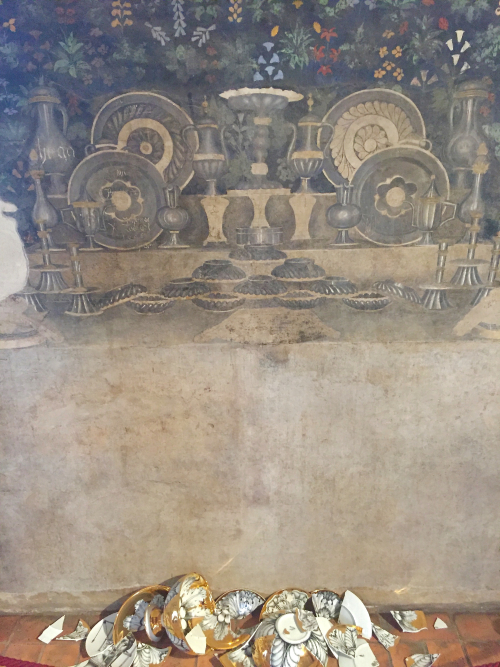 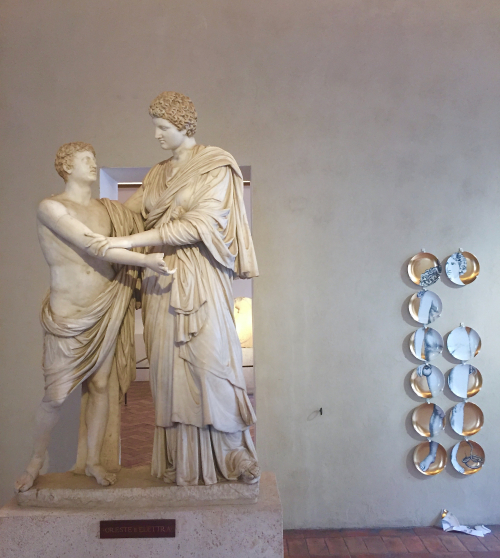 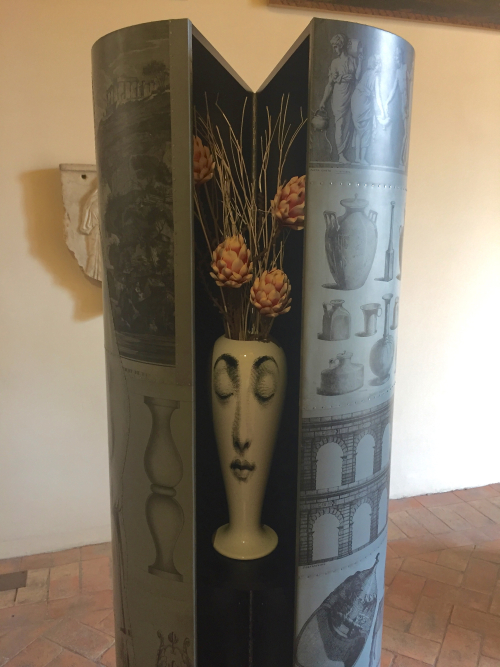 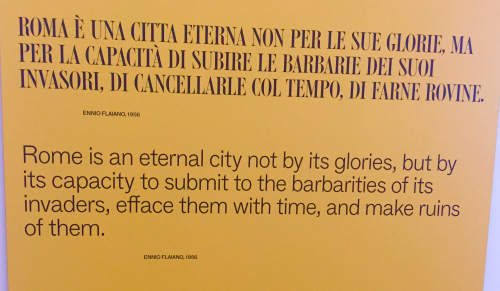 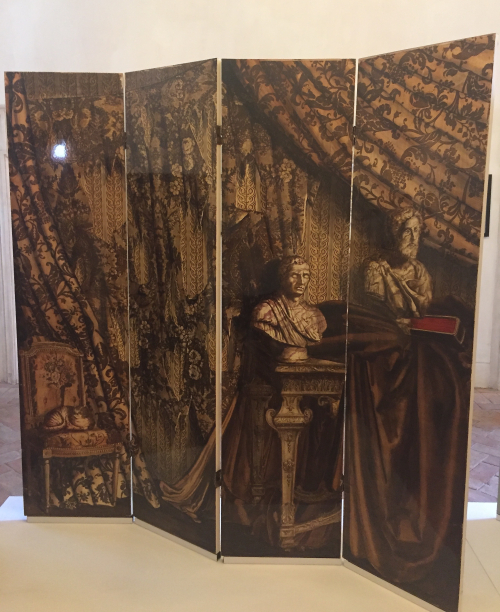 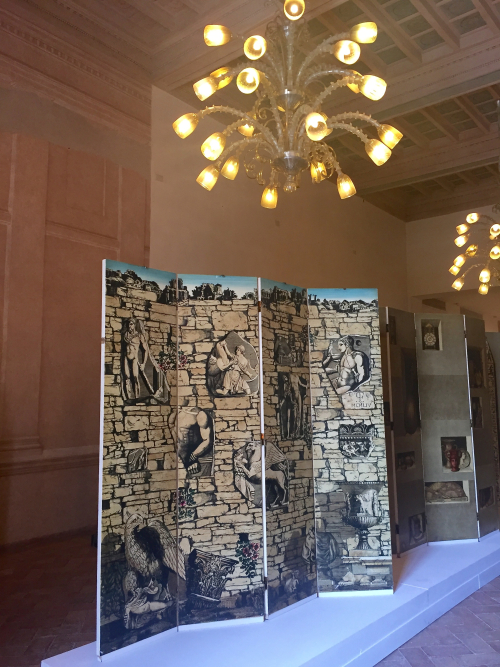 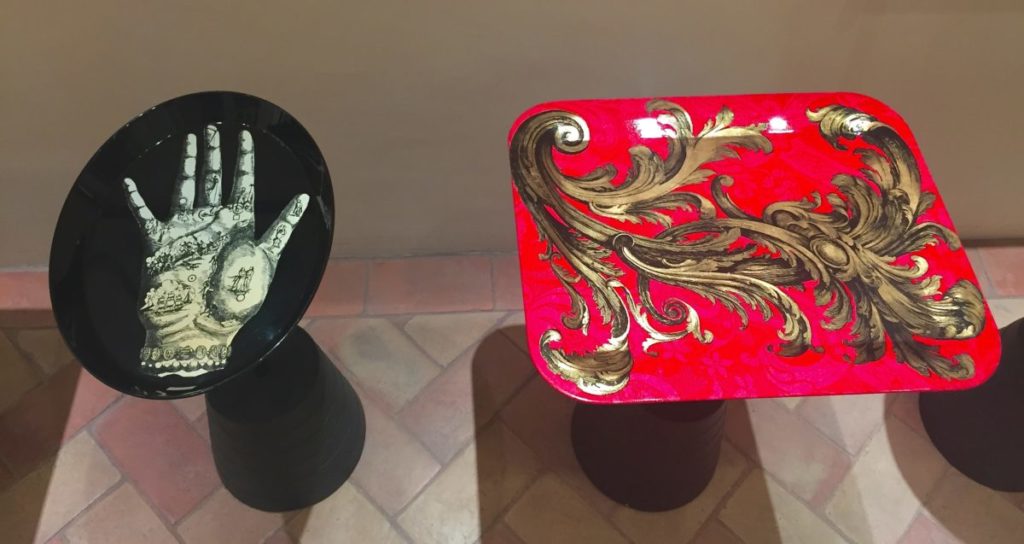 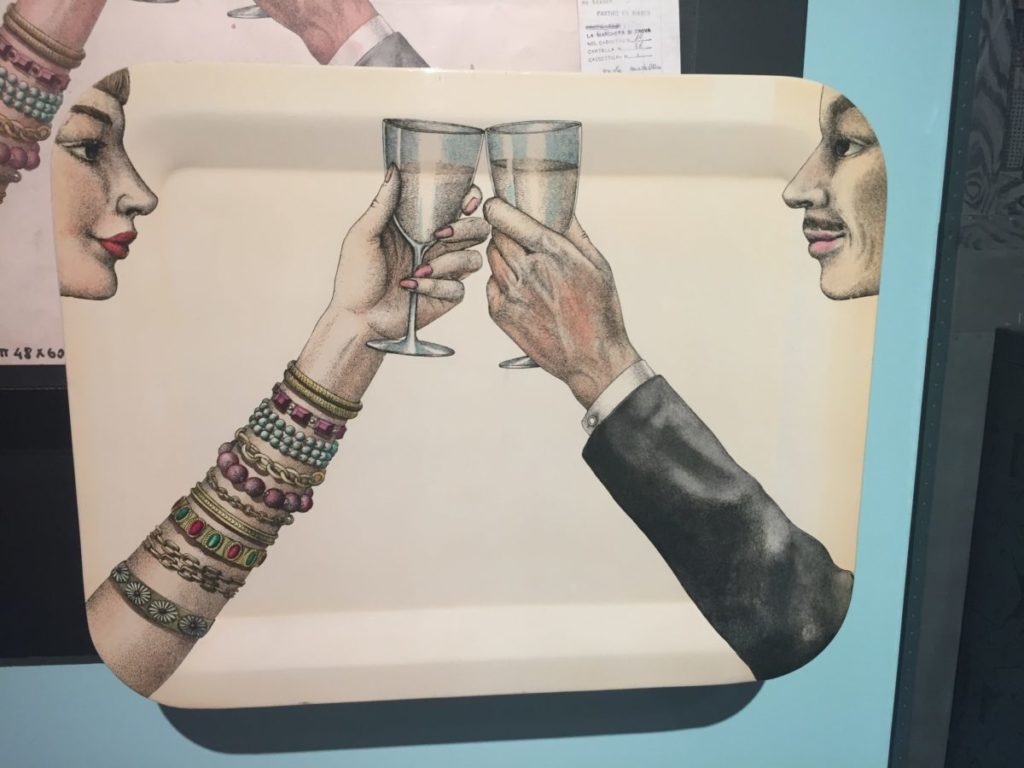 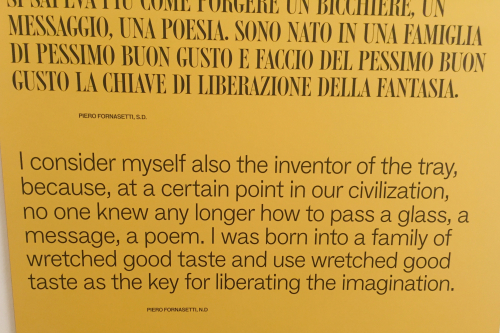 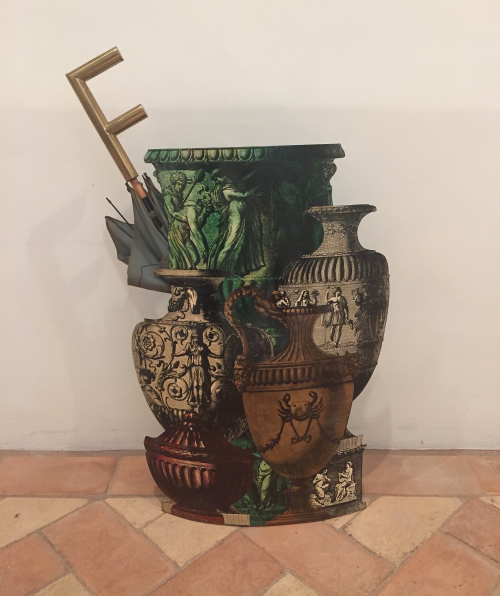 I was mad for this umbrella stand. 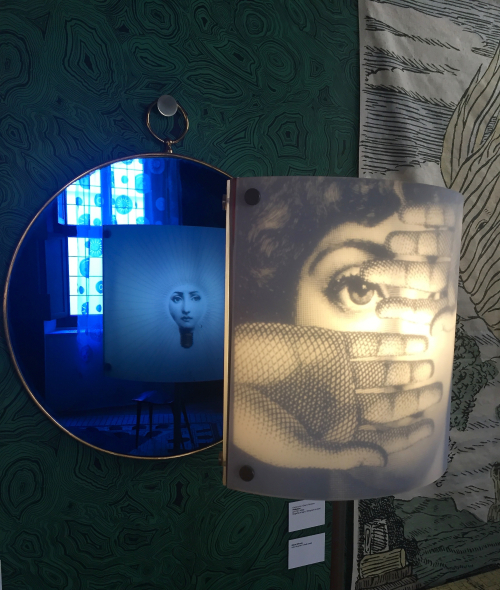 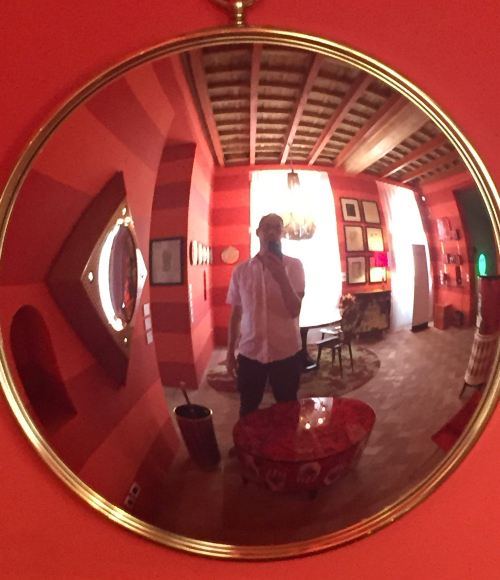 The gods and goddesses of the Palazzo may have been displeased by my banal selfie as my phone mysteriously died as I was snapping this. So I was not able to photograph the finale of the exhibition which gives itself over to complete Fornasetti-mania, leaving the ancient world behind, if only for a moment.

Now you have an excuse to hop on a plane and visit this astonishing show before it closes on September 9.