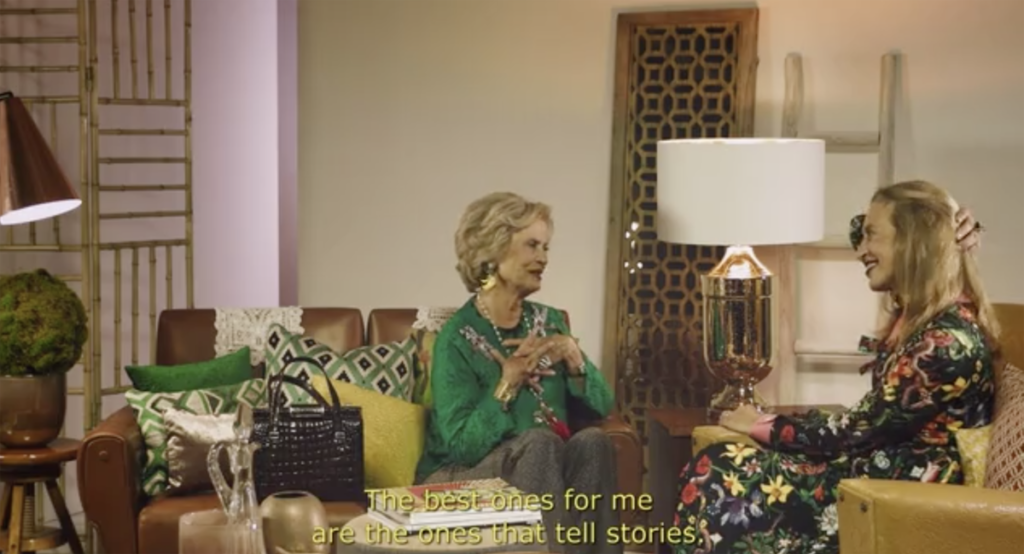 Lola’s manifesto is a brief moment in the life of two TV commercial stars between takes. They are a mother and a daughter who passionately discuss what they think a fashion film really is.

This is a meta-fashion film and beyond that, it is a statement, by both the filmmakers and Lola herself.