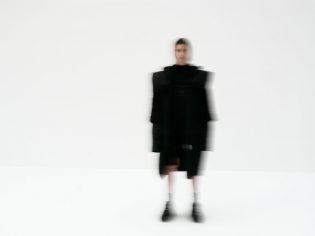 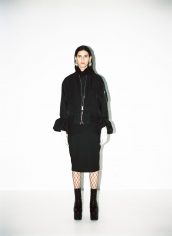 Once upon a time many years ago Nicolas Andreas Taralis was a student at the University of Applied Arts in Vienna and his teacher was none other than Helmut Lang. After school he applied for many jobs but he landed one as the assistant to Hedi Slimane at Dior Homme, although Taralis doesn’t really want to talk about what he thinks of as ancient history,  I find it pretty remarkable that first job out of school was at Dior. Soon after he launched his own brand of streamlined clothes with no specific gender. His signature pieces are in black and rather than draped they are drafted. His approach to designing is that of a draftsman and an architect. He loves tailoring, fine textiles and hand work. Recently he opted to work in China where he has opened shops which in addition to designing the collections he also designs the space.