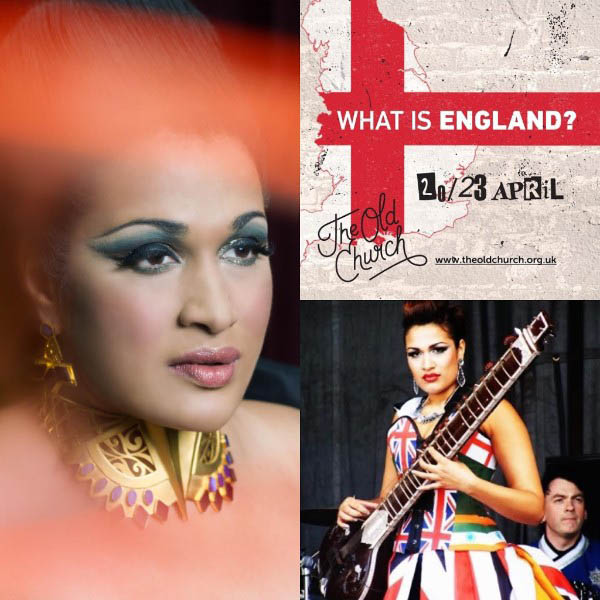 A note from our friend Bishi:

“Earlier this year, I was commissioned by National Sawdust in New York, to write & perform a New Piece of Work. This resulted in The Song Cycle, ‘BISHI: The Good Immigrant’ for Voice Looper, Sitar & Electronics, co-produced with sound designer & composer, Jeff Cook.

The Music is inspired by, ‘The Good Immigrant,’ edited by Nikesh Shukla – A Collection of Essays by 21 BAME Writers, ruminating on race & identity in Contemporary Britain.

Each Song is a response to an Essay in the Book with sampled interviews from Nikesh Shukla, Darren Chetty & Salena Godden finishing with an electro-choral setting of Rabindranath Tagore’s, ‘Where The Mind is Without Fear.’
Major influences include the work of Vocalists, Lisa Gerrard & Meredith Monk and Producers Burial & Arca.

I am very excited to be performing it’s UK Premiere at The What is England?Festival at The Old Church in Stoke Newington, this Friday & Saturday April 20th & 21st 2018.

In the run-up to St, George’s Day, this 4-day festival explores ‘Englishness.’ It’s an opportunity for EVERYONE to re-imagine English identity in an inclusive, welcoming way, at a time when a toxic form of nationalism is on the rise.

‘BISHI: The Good Immigrant,‘ is a Call to Arms to Explore Our Differences so that we may feel more unity in a divided world.
Listen to ‘Language is an Ocean Feat. Nikesh Shukla Here