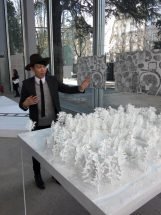 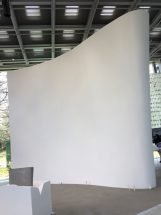 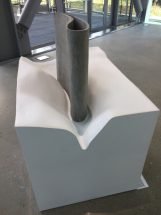 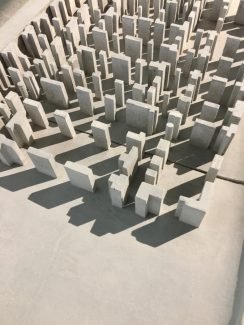 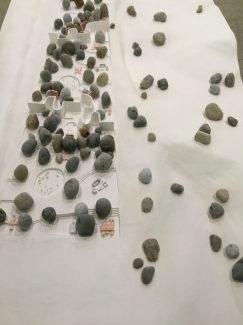 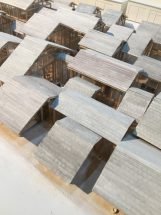 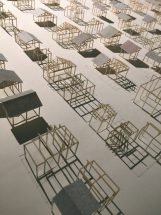 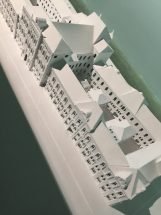 Freeing Architecture is the first major solo exhibition devoted to the work of Junya Ishigami. Ishigami is the winner of the Golden Lion award at the Venice Biennale of Architecture in 2010 and is the creator of a conceptual and poetic body of work in which nature and the landscape occupy an important place. The exhibition shows 20 of Ishigami’s architectural projects in Asia and in Europe. What is on exhibition is a series of large-scale models, films and drawings which document various stages of process. This is also the first solo show that the Fondation Cartier has devoted to an architect.

Ishigami was born in 1974 in Kanagawa Prefecture and belongs to the younger generation of Japanese architects who emerged in the 2000s in the wake of Toyo Ito and Kazuyo Sejima. The hand-crafted works on display have been made in the arthitect’s studio over the course of one year and made specifically for this occassion. Freeing Architecture refers to Ishigami’s capacity to think of his practice outside the limits of know-how and architectural thought. A line drawn in the sky, unfortunately not pictured above, sketches a monument (Cloud Arch, Sydney, Australia). A favourite of mine is the project for a chef’s restaurant and residence in the south of Japan designed as a rock. Between earth and sky, a semi-open space for university students evokes a changing sky, framed by an imaginary horizon with spaces where the rain actually enters the space (University Multipurpose Plaza, Kanagawa, Japan).

“I wish to think about architecture freely; to expand my perspective on architecture as flexibly, broadly, and subtly as possible, beyond the stereotypes of what architecture is considered to be.” Junya Ishigami

A catalogue of the exhibition is available.

Fondation Cartier is open everyday but Monday from 11h – 20h