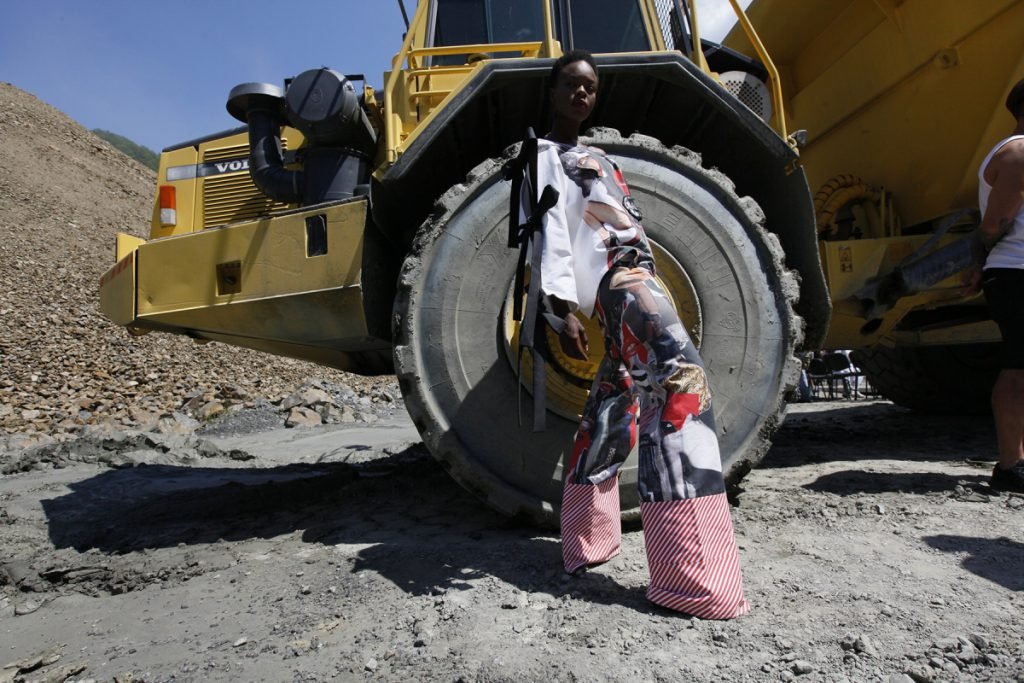 I was asked to be on the jury for the new talents competition FEERIC 33 which is quite unusual in what it is proposing as a prize. For the 10th edition designers from more than 20 countries and 4 continents will be coming to the city of Sibiu, Transylvania, Romania to show their talents. The City Hall of Sibiu supports Feeric Fashion Week. The lovely model, actress and friend Catrinel Marlon was the ambassador of Feeric Fashion Week last year. As an aside, a few years ago a film for her brand directed by Brando de Sica won the advertising prize, she acted in it and was an all time favorite of mine.

Although FEERIC Fashion Week is in its 10th edition FEERIC 33 New Talents in Fashion Design is entering its first year in 2018.

Here is how it goes:

33 designers will enter the final stage of FEERIC 33 and will showcase their work at Feeric Fashion Week in July 2018. One of them will be named the winner after the jury formed by journalists, buyers and professionals from fashion industry see the files of each candidate.

The first stage of selection belongs to organizers that will choose the 33 competitors by subscriptions and scouting.

The second stage : the 33 finalists must send their mood boards, story boards and they must produce 3 pieces of the ir new collection for showcasing them in a collective show, during Feeric Fashion Week.

To help them develop the creative work, FEERIC 33 gives the winner the opportunity to launch a business in fashion industry and a 30.000 euros management contract     with The Secret Code Of Fashion Agency for the following 3 three years. This support covers all the expertise areas that are critical to a young fashion designer – intellectual property, sourcing, production , distribution, marketing , visual identity, advertising and public relations.

FEERIC 33 competition is open to young designers established in Romania, Eastern Europe or anywhere else, who have produced maximum two collections or have less than a year of activity and who are under 40 years old.

Applications are welcome until May 1st and finalists announced May 10th.  Submit here:  via email at myra@feeric.ro and  info@feeric.ro with all the requirements below:

● Curriculum Vitae and a photo of yourself ● General Portfolio