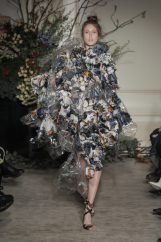 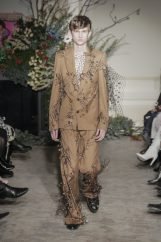 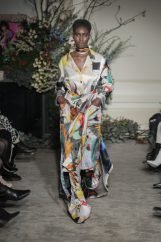 I made a quick trip to Amsterdam to see the final result of the MOAM collective of international designers which was held a the canal house at the Herengracht. There were 450 invitees which included the coaches, of which I was one, well one day coaching. Pat Cleveland and her daughter Anna Cleveland walked the show. The theme was mythical creatures constructed from different animals. The five designers worked together on one collection which is quite a novel idea. They created their own jacquard knit with TextileMuseum in their Textile Lab and also worked with recycled material from KLM; from rubber gloves and old banners to plastic and paper machine parts. They worked with master tailors of the Master Tailor Institute. 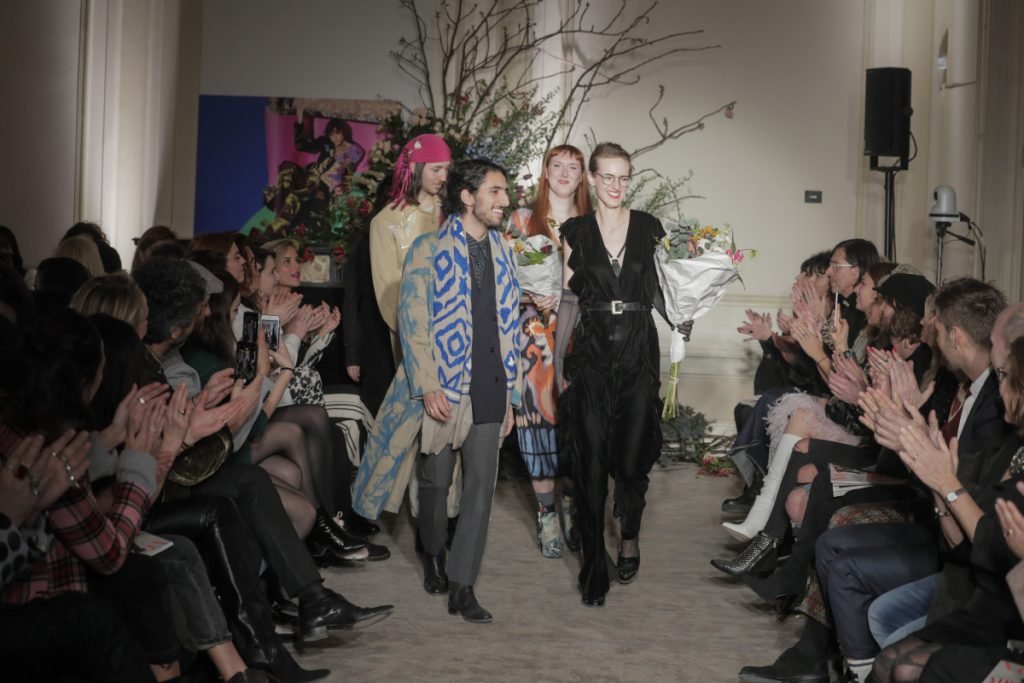 They were supported by Zalando.