On what must be the highest hill in the East Los Angeles neighborhood of Eagle Rock, overlooking acres of gardens with snowcapped mountains in the distance, sits the fantastic Flamingo Estate. The awe-inspiring art-filled home (with a rather salacious history) is being restored by Chandelier Creative‘s brilliant and impeccably chic founder Richard Christensen.  It was here that LA born-and-raised iconic artist and designer Peter Shire held court recently. The only American/LA creative in the Memphis Group, Shire has been having a renaissance of sorts over the past year with a recent solo exhibition at MOCA and upcoming shows at Kayne Griffin Corcoran in LA, Harper’s Books Apartment in NY, and the Memphis space in Milan.

The afternoon featured a funny and insightful talk as well as the screening of a 4-minute short on Shire directed by Johnny Le and produced by Chandelier with independent arts and culture magazine Autre (or as Shire calls them, “a super zine carrying on in the tradition of WET magazine.”)  “How to Be Peter Shire” is injected with the artist’s wit, humor, and hat collection, as it takes the viewer inside the his Echo Park studio where he prepares his daily tradition of a homemade lunch for his team.  The creative crowd of fans included art critic and longtime Shire friend Hunter D. Philp and husband David; interior designers Pamela Shamshiri and Oliver Furth; Ben Ball of Ball-Nogues Studio; artists Gary Baseman, Austyn Weiner, Shelley Holcomb and Ariana Papademetropoulos; sculptor Mattia Biagi and fashion designer wife Valerj Pobega; actors Jake Hoffman and Alex Karpovsky; legendary photographer Maripol; David Judson of Judson Studios; creative man and foodie, Emilien Crespo; Design and Interiors editor Andrea Stanford of C magazine; KCRW Design and Architecture host Frances Anderson; writer and fellow of adventurous fashion, BJ Panda Bear; and Chandelier’s Culture Director Alexandre Stipanovich and Design Director Zan Goodman in town from NYC. 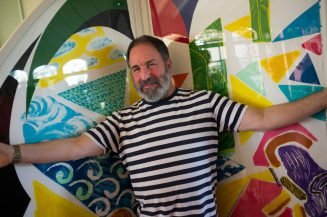 Peter Shire in front of a David Hockney screen. 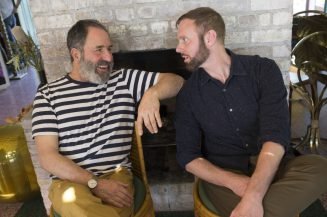 A cutie with a Peter Shire tile. 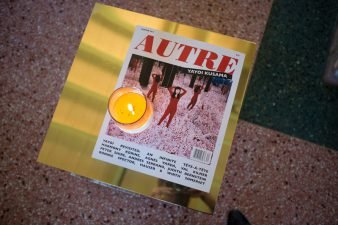 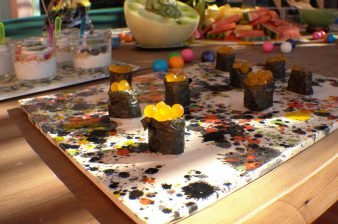 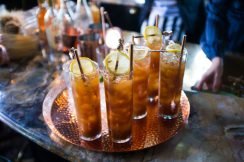 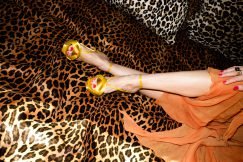 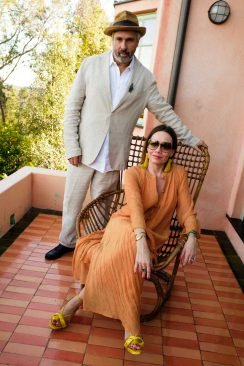 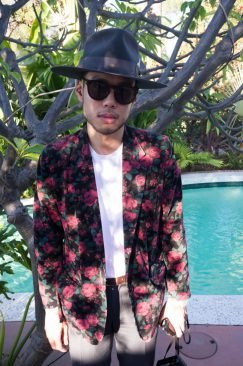 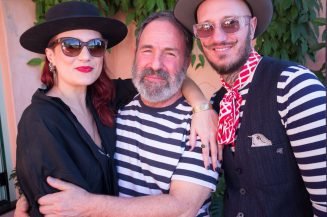 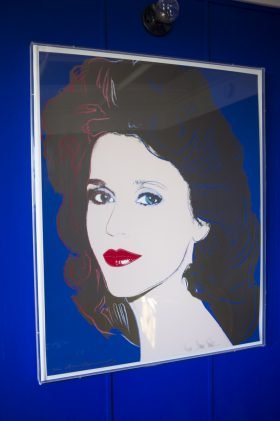 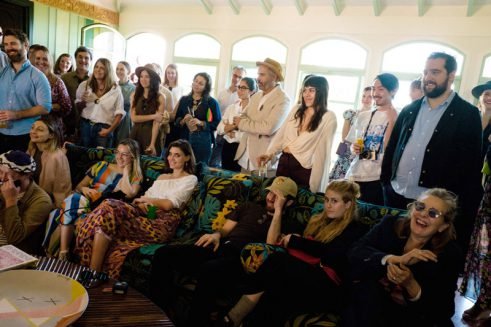 The crowd is wild for Peter Shire, including Austyn Weiner and Maripol at the far right, with Gary Baseman, Shellley Holcomb, and Emilien Crespo standing behind them.