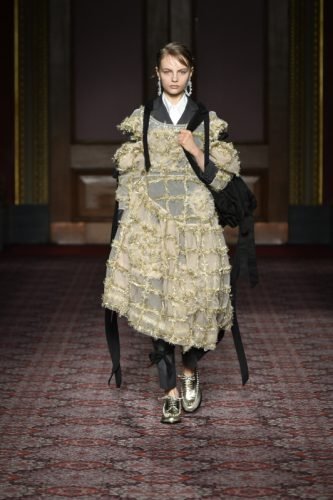 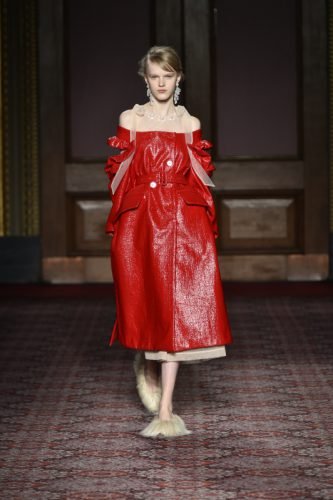 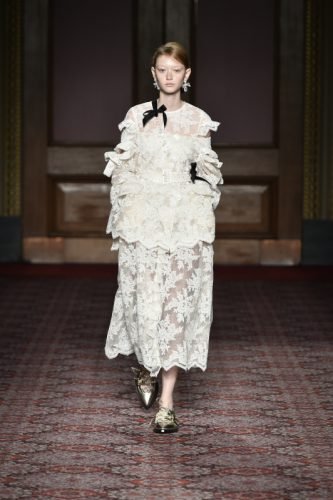 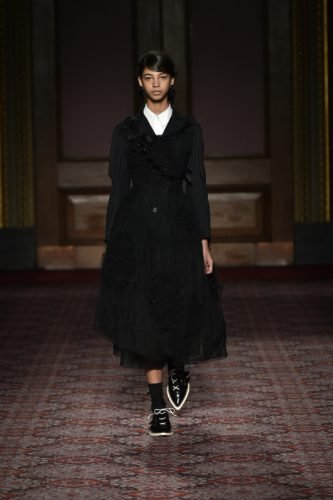 The thing with going mid-February to the winter shows, right at the time when we’re just about ready to bid the winter farewell, is that when successful, certainly by design, they tempt us into a longing it will take so many months to satisfy. Not only for the clothes per se, though of that there is plenty, but for the atmosphere, the season’s flavours and spices, the frost. Brands are mostly nowadays excused for taking the SSs and FWs of their collections more as token than design directives, especially when popular around the world, with all of its climates. Yet Simone Rocha, though popular around the world she surely is, still takes winter as seriously as it deserves. Showing earlier today in the golden sumptuousness of Goldsmiths’ Hall, Rocha’s fall 2018 offering was a parade of layered indoors-y ensembles and roomy outerwear, plump with drop-shoulders and the impression of a healthy abundance, a Christmassy ideal. Black and white sensible tones came brightened with golden tinsel checks and gold leaf brocades, candelabra sparkles and satin ribbons along the pleats of trousers and the seams of sleeves. Yet the collection was steeped and grounded at the same time into the deep-seated sartorial sophistication we’ve come to expect from this designer: with soft, double-breasted grey suiting worn on snow-white shirting, under ruched gowns in tulle or floral lace in full bloom. Thin slippers and long black gloves, Simone Rocha’s muse has always had to her a painterly grace we seldom find elsewhere, unsullied by cynicism. This season was no exception: John Constable’s portraits were cited for inspiration, and a recurring print of praying hands featured alongside the bouquets, innocence at its purest. Yet the romantic was tempered by some unruly notes, chic in most contexts but here quasi punk by comparison: thick tartans and three slick textured coats in shiny red, black, and olive green, hints to inner worlds and dreams unforeseen. 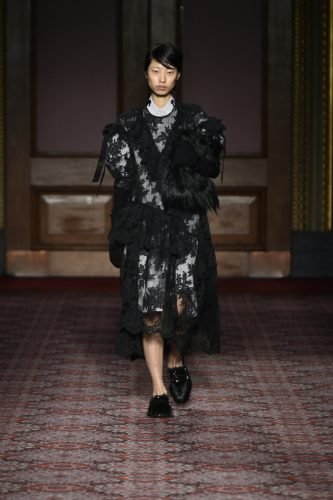 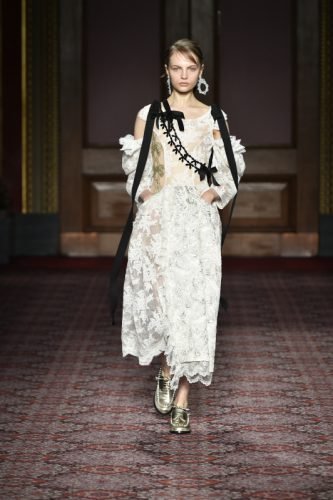 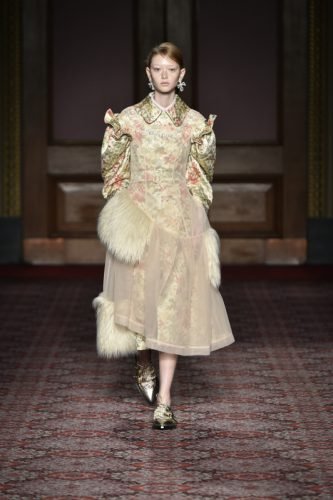 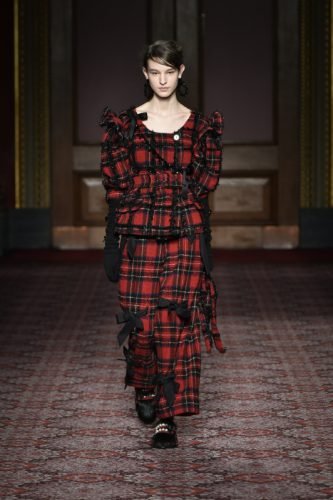 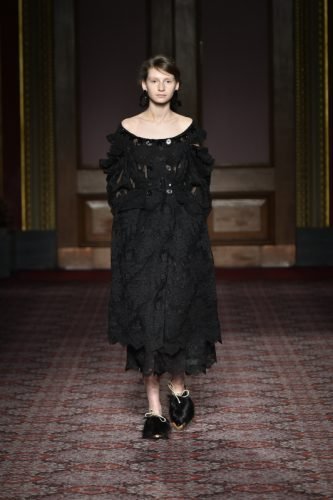 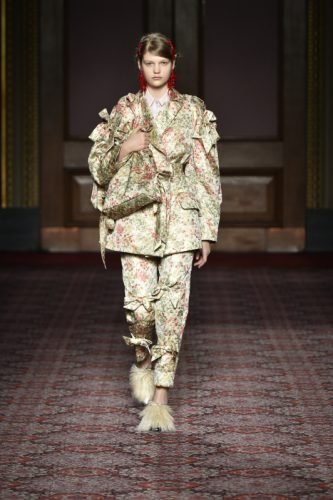