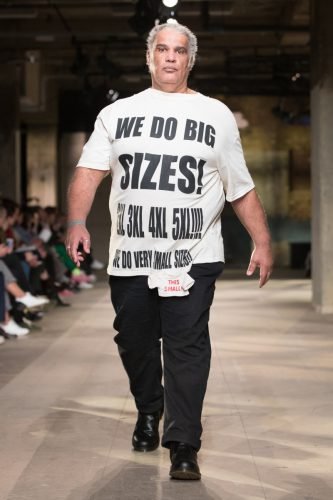 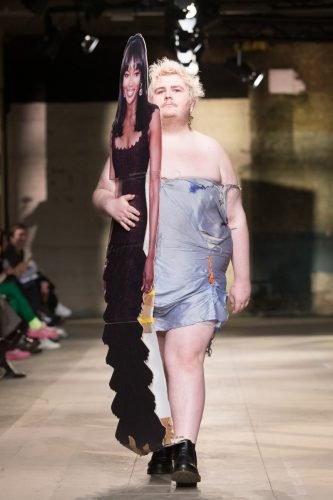 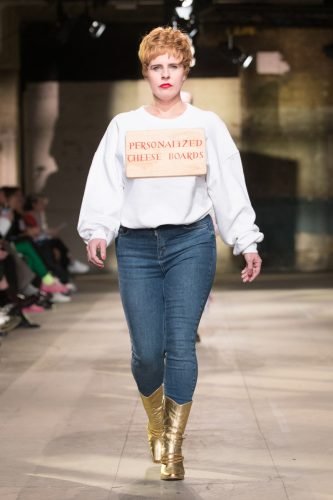 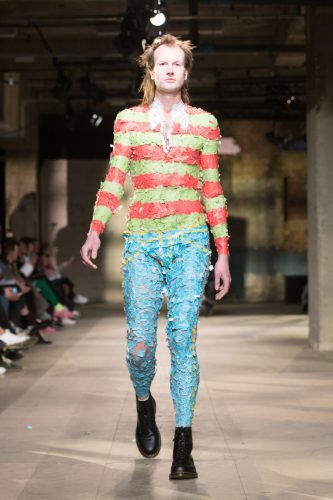 That’s Naomi! Closing the Rottingdean Bazaar’s show! So what if she’s in cardboard shape, taped to a large man in a torn rag-wrap, a note stuck to his back reading ‘Fin’? To shed some light on the subtext, the proffered show notes are of little help – in fact, they are genuine tourist pamphlets chanting the praise of the coastal village of Rottingdean in East Sussex, where James Theseus Buck and Luke Brooks reside and conceive of marvels such as this, when they aren’t working as art directors and stylists for the likes of Man About Town, i-D, Buffalo Zine and Dazed. Those who were sceptical that their unabashed surreality could translate to a catwalk show got their reckoning – for each look that walked in did so with great swagger and remarkable seriousness. Let us unpick what we can. Largeness was something of a theme, to this day still rarely seen on runways despite all the talk of inclusivity in this taboo-less industry. Rottingdean Bazaar’s show was nothing if not inclusive. Almost literally nothing but inclusive, and inclusive it was, a lot. It began with a whistling bird watcher, then another large man in a t-shirt reading ‘WE DO BIG SIZES! 2XL 3XL 4XL 5XL!!!! WE DO VERY SMALL SIZES!! THIS SMALL’ and there was a tiny applique of a mini t-shirt. Funny. There was a woman with a cheese board strapped to her chest and ‘personalized cheese boards’ was written on that. There was Liam Hodges – yes, the designer – who strolled in in white, blue and red hairy threads all over. A tall man’s jeans and polo combo were entirely constructed out of price tags glued to his body. But what most defines the season, and the only thing perhaps with commercial interpretability – although who knows, Rottingdean Bazaar is already stocked in Tokyo, Paris, Copenhagen, L.A. and New York. I for one won’t be surprised the day I’m able to purchase branded sticky price tags – was a bubbly fabric of generous stretch, that they had fashioned in carnival costumes, or printed with ambitious trompe l’oeil effects. For example, the dress in which the wearer was supposed to look as if sitting on the shoulders of another. Buck and Brooks poke fun at the world of consumption, and at that of fashion in particular, chief consumption among them all. And they certainly could be said to lay it on thick, but for an industry that ever so often errs by taking itself too seriously, their intentional non-subtlety reads novel. They have, if nothing else, put Rottingdean on the map for the most of us who’ve never set foot there, who now just might. I hear the air’s fresh down there. 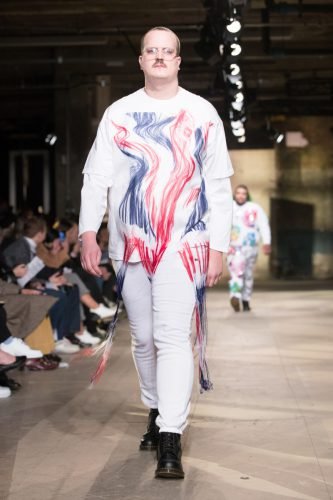 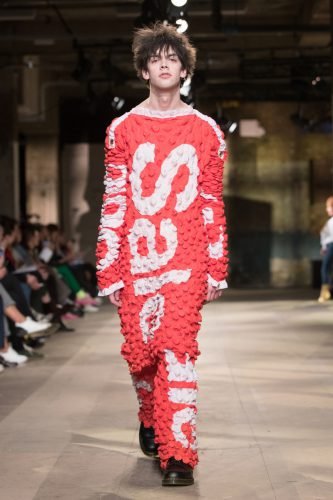 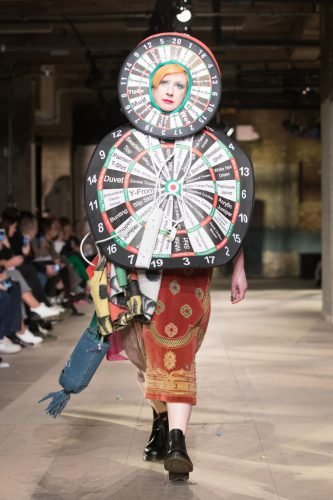 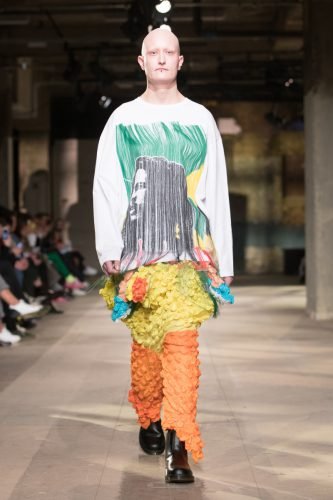 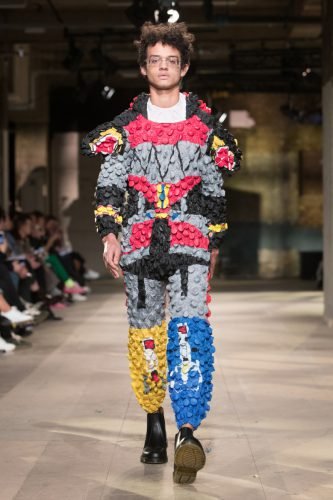 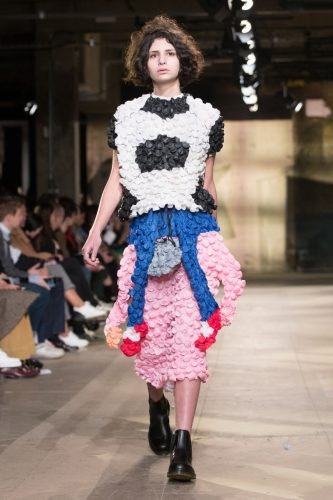