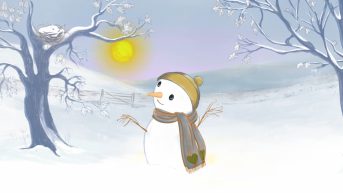 The Full Service, The Climate Coalition and Jelly have all joined forces to release a new Christmas animation about a snowman and the changing seasons, narrated by the iconic voice of none other than Liam Gallagher! But be prepared, there’s a serious message to be heard and it’s going to tug at those heartstrings. Its aim is to raise awareness about the effects of climate change that are happening all over the globe, including your backyard! So get ready to snuggle up and watch a tale about a melting snowman that will melt your heart.

The Climate Coalition is a collection of over 130 organisations representing more than 15 million people across the UK dedicated to action on climate change and limiting its impact on the world’s poorest communities. Coalition member organisations range from the Women’s Institute to Unison to aid agencies such as Oxfam and CAFOD. Together, we want a world powered by clean and secure energy within a generation.