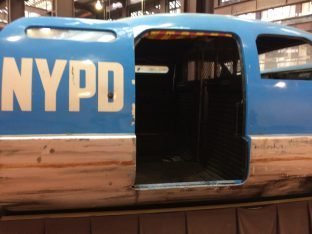 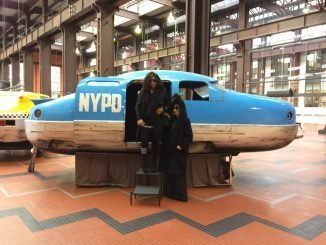 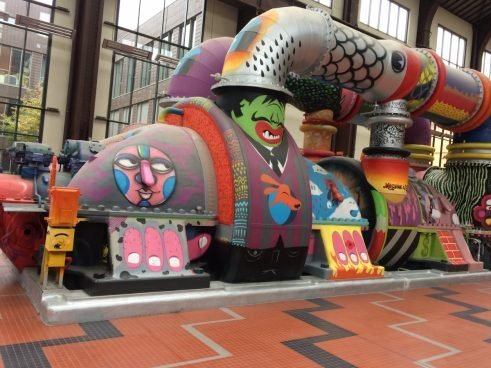 Today I presented ASVOFF to the film students of Ecole de la Cite. The objective was to introduce them to ASVOFF and fashion film in general and to announce the new competition in  collaboration with Casa 93 to put together film students with fashion students.   Casa 93 is the initiative of Nadine Gonzalez  her project  offers a small group of fashion students the opportunity to attend fashion school for free. Normally  they would not have had this opportunity because fashion education is expensive.

The purpose of our visit was to excite the film students to come and meet the fashion students at the MOB Hotel on December 9th. I am sure they will stimulate each other and get on board to make great proposals for the ASVOFF 10   special  competition for ASVOFF X the Kids of the Banlieue Prize.   Le

After introducing ASVOFF we visited the film studio and the Dream Machine and the cars from The Fifth Element. Nicole Slack Jones and I had fun actually boarding the cars,  imagine the Fifth Element was 20 years ago… When I walked into the enormous structure I realised that I’d been there before for a  KENZO show at the Luc Besson studios.