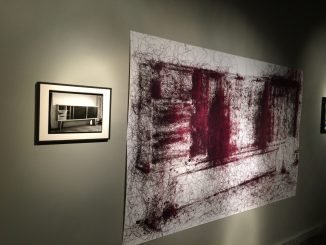 Antoine Marquis untitled, after a chair by Jean Poruvé Bettina Sultan, « Take me in Your Arms « 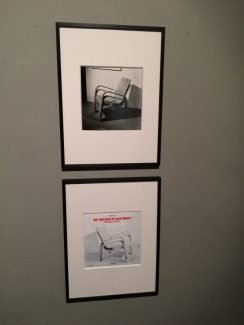 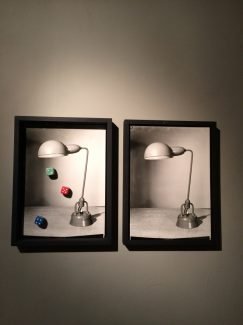 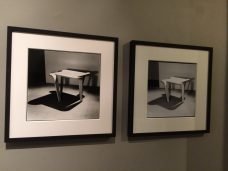 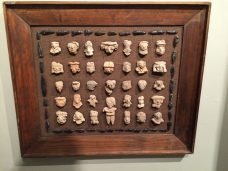 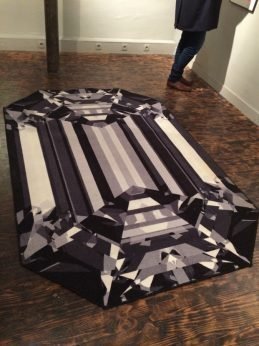 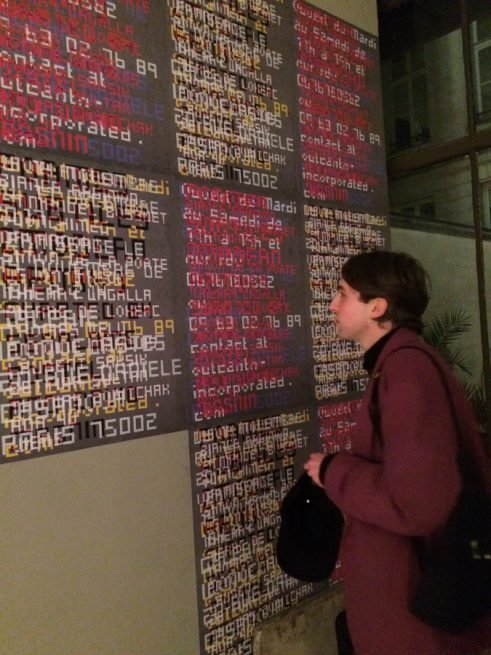 The rug pictured above« Emerald » by  Emmanuel Bossuet

FORMES SUBTILES (MODERN REMIX) An exhibition curated by David Magnin & Géraldine Postel
From a rare and unpublished photographic selection of Gaston Karquel documenting the exhibition Formes Utiles upon the initiative of the Union des Artistes Modernes (UAM) in 1949, the exhibition curatorial duo of Géraldine Postel & David Magnin plays with words and things of the arts and creation, their connections in time and its evolution in aesthetic movements from modernism to contemporaneity.
This selection standing as one of the first still–life series in the history of design, is a starting point from which 15 artists are invited to reinterpret, remix selected pieces, and to integrate these iconic objects in their respective aesthetic fields.
The photographs are presented in vis-à-vis with the works of each artist, in order to create an unprecedented dialogue.
Looping between modern photography and new resonances of contemporary art, for this group show, iconic pieces of design pieces from that era will close the circle of this concept. The Gaston Karquel photographs are issued from the David Magnin’s collection.
Bianca Argimon has a very funny interpretation of a camping set by Charlotte Perriand :
____________
Devon Dikeou wells from her own collection and personal history to loop into the subject,  with shamanic subjects from pre-colombian art, linked to her own childhood teddy bear.
_________
Laurent Saksik draws with an algorithm of his own creation a spectacular spectra of a Charlotte Perriand Buffet
_____
David Ancelin makes a remarkable drawing piece entitled Acapulco, a lounge chair based on the Charlotte Perriand chair.
_______
The designer, architect and graphic designer Pierre Faucheux is honored with a unique piece of his creation a 3 legged stool in wood along with a poster designed by the German duo VIER5 has realized a set of Posters for this exhibition. It is to a still life by Ada YU « 1 Miche, 2 Miches sur un Tabouret »
The show is open until December 11th from Tuesday to Saturday from 11am to 7pm
at Galerie Iconoclastes 20 rue Danielle Casanova 75002 Paris – contact@outcasts-incorporated.com
for private appointments please call 0676780562
LIST OF PARTICIPATING ARTISTS
DAVID ANCELIN
BIANCA ARGIMON
EMMANUEL BOSSUET
ODONCHIMEG DAVAADORJ
SIMON de LA PORTE
DEVON DIKEOU
PIIERRE FAUCHEUX
THIERRY LAGALLA
PIERRE de LOHEAC
THOMAS LELU
ANTOINE MARQUIS
LAURENT SAKSIK
BETTINA SULTAN
THOMAS ZORITCHAK
ADA YU
VIER5