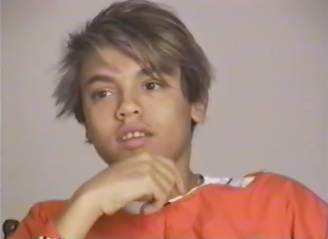 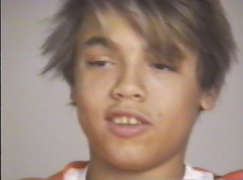 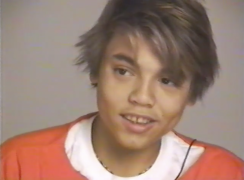 In this casting interview by Avedon , we discover the candor of Davide Sorrenti. Davide was a striking fashion photographer, so was his life. Born in 1976, he began his first series of photography at very young age, by the time he was 18, he was taking snapshots of friend’s run around and abouts, hanging out in New York City. His reckless behavior and fashionable surroundings brought him to experiment in this same moment when Larry Clark, Terry Richardson, Nan Goldin, Jurgen Teller were also getting highly inspired by this kind of teens imagery… He appeared in Interview Magazine and by age 19 was published in Detour, Surface, Raygun and I-D, he also shot campaigns for Japanese companies Matsuda and Hysteric Glamour.

Youthful he remained as he sadly died of kidney failure in 1997 at the very young age of 21, apparently related to an illness of anemia (which also slowed down his growing process), combined with drug abuse. Here he gives a mesmerizing interview for a casting by Avedon.

The final words to accompany the kids, his family and friends with this grand loss, should be that there’s no such thing as reckless chic or heroin chic, even if you think its a creative field to explore, stay young and healthy as long you can live !