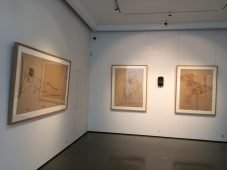 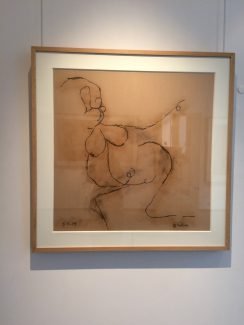 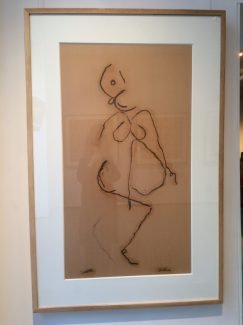 Last night at the RIVES x WOOLMARK event I met the artist Cedric Lollia who told me that he had an exhibition at Galerie Jacques de Vos 7, rue Bonaparte. After a not so happy morning starting out bidding goodbye to the designer Herve Leger at L’Eglise Saint Germaine, I decided to change my mood by seeing some art. Cedric Lollia was born in Abymes in the French Antillies in 1975. He was a graffiti artist at the age of 12 and went from Guyane to Paris passing by New York and San Francisco under the pseudonyme Apolo.