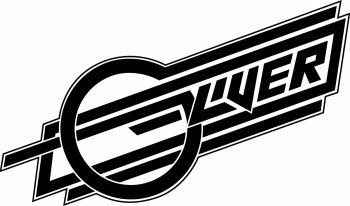 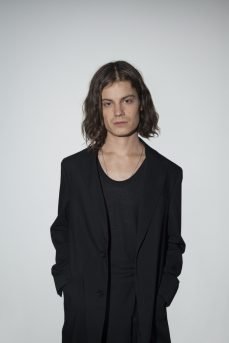 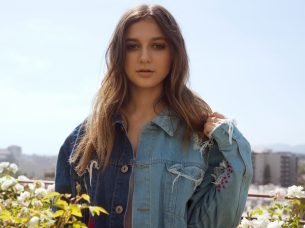 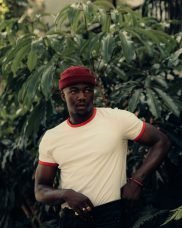 On Saturday, September 9th, The Business of Fashion and Interscope Records — two creative and cultural powerhouses — will come together to deliver a New York Fashion Week party for the ages in celebration of the fifth annual #BoF500.  The event will feature musical performances by buzzing Interscope Records artists BØRNS, 6LACK and Daya, with additional intimate sets from Jacob Banks, Oliver, and AlunaGeorge.

Tomorrow night “Music and fashion will collide at this year’s #BoF500 gala,” said Imran Amed, founder and chief executive of The Business of Fashion. “There is nothing we love more than to bring people together at a powerful intersection to learn and advance culture.”

The invitation-only event celebrates and recognises the people shaping the global fashion industry, with attendees from over 20 countries around the world. The #BoF500 gala has quickly become one of the pivotal moments of the annual fashion calendar and is being held in New York for the first time.

BØRNS: The first of these performers is Garrett Borns, better known by his stage name BØRNS, an American singer-songwriter from Michigan. His debut track “10,000 Emerald Pools” reached #1 on HypeMachine upon release, and “Electric Love” has been praised on Twitter by both Taylor Swift and Ryan Tedder of OneRepublic. He is the second most-streamed artist of all time through Spotify Discover.

Garrett will be dressed by Gucci.

6LACK: Next up is Atlanta singer and songwriter 6LACK who has been making waves in the music industry with his current single “PRBLMS,” a throbbing, melodic R&B break-up anthem. 6LACK was recently dubbed Apple Music’s New Artist of the Week and was recently featured as one of Rolling Stone’s 10 ‘New Artists You Need To Know’, one of Pigeons and Planes ‘Best New Artists of 2016’, and Billboard’s April ‘Chartbreaker’. He recently wrapped The Weeknd’s ‘Legend of the Fall’ North American Tour with Rae Sremmurd.

6LACK will be dressed by Off White.

Daya: Grace Martine Tandon, professionally known as Daya, is an American singer and songwriter from Pittsburgh, Pennsylvania. She released her self-titled debut EP Daya in 2015, including the song “Hide Away” which peaked at #23 on the Billboard Hot 100. She released her debut studio album Sit Still, Look Pretty in 2016 and won a Grammy for Best Dance Recording for “Don’t Let Me Down” with The Chainsmokers.

Daya will be dressed by Brandon Maxwell.

THE BUSINESS OF FASHION

The Business of Fashion (BoF) is a next generation fashion media company conceived for today’s global and hyper-connected world. Founded in 2007 by Imran Amed, BoF is known for its authoritative, agenda-setting point of view on the global fashion industry and is an indispensable resource for fashion executives, creatives, students and entrepreneurs in over 200 countries. It has been described as “The Economist of Fashion,” “A Daily Destination for Fashion’s Power Players” and “The Industry Bible.” www.businessoffashion.com

PUBLIC, unveiled in June 2017 on New York City’s Lower East Side, is the ultimate city hotel. It is the latest from Ian Schrager and aims to fragment the elitist side of the hotel industry with its concept: one which offers LUXURY FOR ALL in an affordable and accessible manner; from $150 a night. PUBLIC is built on four key pillars: service, style, unique experience and value. By removing outdated amenities and embracing the needs of the modern traveler, Schrager has once again disrupted the industry with a price point that doesn’t force guests to give up the service, food, style and entertainment they would find in a luxury hotel. His vision to democratize and redefine luxury is to upset the status quo and with PUBLIC he has created a new benchmark, a new way of living – a hotel where people can do much more than just sleep. Such is the idea behind PUBLIC’s spaces, which include Jean-Georges’ PUBLIC Kitchen, co-working spaces alongside reimagined counter service, three bars – including The Roof – and Public Arts, the embodiment of a night-time renaissance and home to the most avant-garde cultural programming.