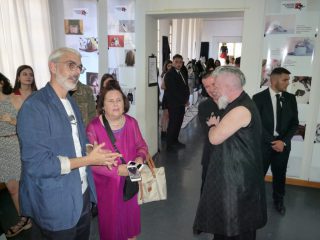 “Costume Talents” by eight BA Costume & Fashion students who designed and developed the costumes for The Game of Love and Chance at Teatro India in Rome, last May 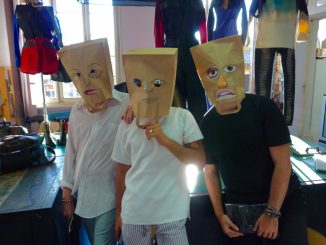 More from the Gianfranco Ferré project

Students caught in their natural habitat 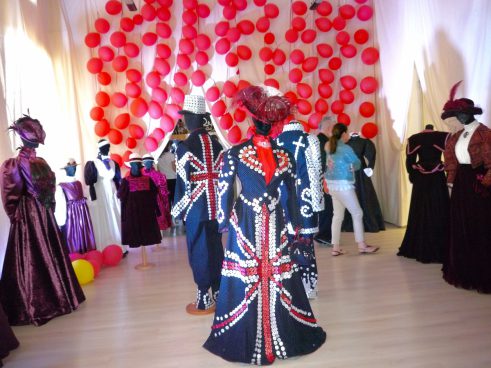 The Accademia di Costume e di Moda, a polygonal 1925 building in Rome’s Ponte neighborhood, is draped with a dense curtain of ivy—a languorous detail that belies the frenzy of creative energy just behind it.

The school commands dreamy views of the Tiber and the Castel Sant’Angelo; the famous bridge angels seem all too eager to assume the roles of muses. (For the more mercantile-minded, the Gucci building can also be viewed from the school. Gucci’s designer, Alessandro Michele, attended the Accademia.) The school is unique in that it combines lessons in theatrical costume creation alongside courses in fashion design.

Every summer, the school stages the Accademia Factory, an afternoon-through-evening event where they open their doors to press, institutions and friends. (There’s plenty of room for us on those extra-wide staircases.) As we toured the hallways and workrooms of the school, we discovered new work by the students and enjoyed a glass of rosé or three out on the terrace overlooking the river.

So if the idea of launching a fashion brand in a competitive market seems intimidating, why not choose a career in making costumes for the opera, theater, ballet or film (so many opportunities there all over the world)? And if you get drummed out of Hollywood, you can always come crawling back to Broadway….but bear in mind, dolls: Broadway doesn’t go for booze and dope. (I’m paraphrasing Helen Lawson in Valley of the Dolls, but you already knew this, yes?) A warm welcome from none other than Glam Daddy himself—Adrien Yakimov Roberts, Director of Education at the Accademia—and Lupo Lanzara, Deputy Chairman of this school that was also directed by his mother and grandmother. 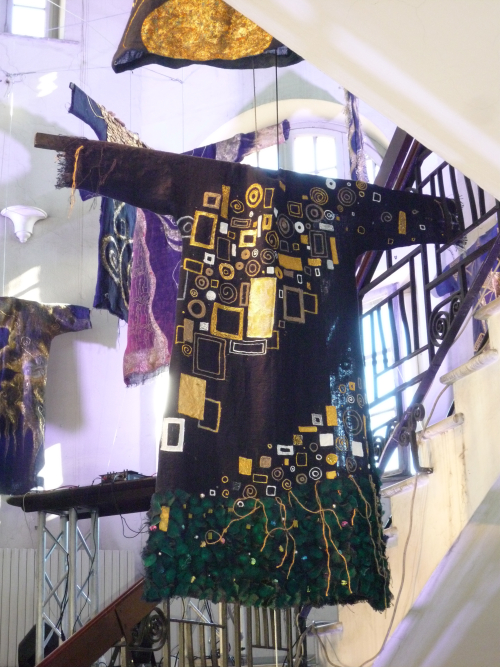 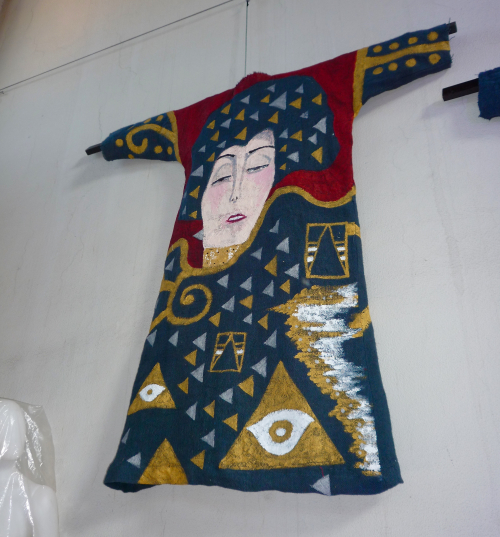 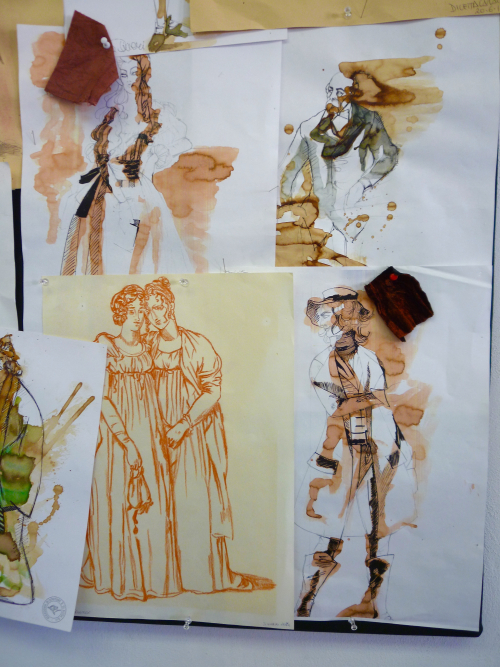 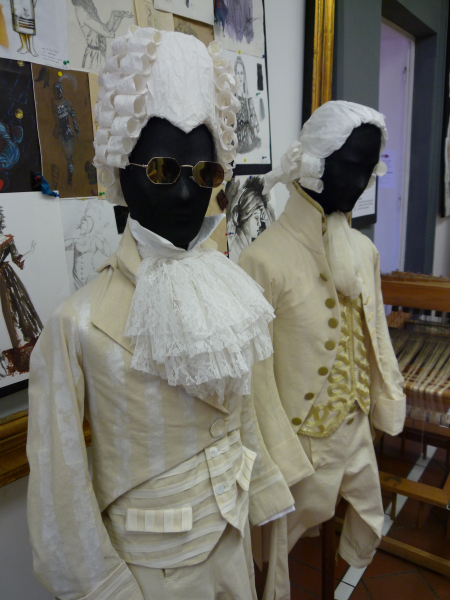 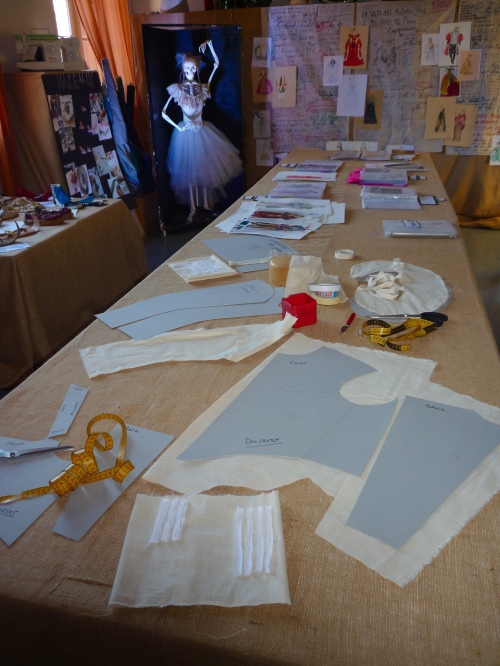 Current work by MA Costume Design students for their final theatrical project: The Sleeping Beauty, to premiere in December at the Teatro Massimo in Palermo, Sicily. I visited this beautiful theater while I was in Palermo in September 2015, but my budget only allowed me to attend a nearby puppet show. (Which was pretty amazing.) 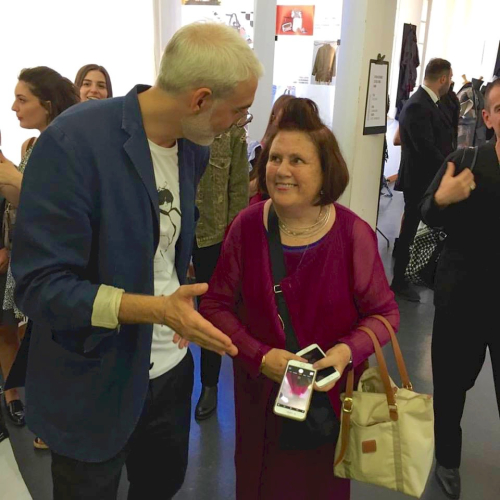 Suzy Menkes in da house! It’s always a nice feeling to witness the portentous pompadour of Vogue’s International Editor bobbing about at AltaRoma. 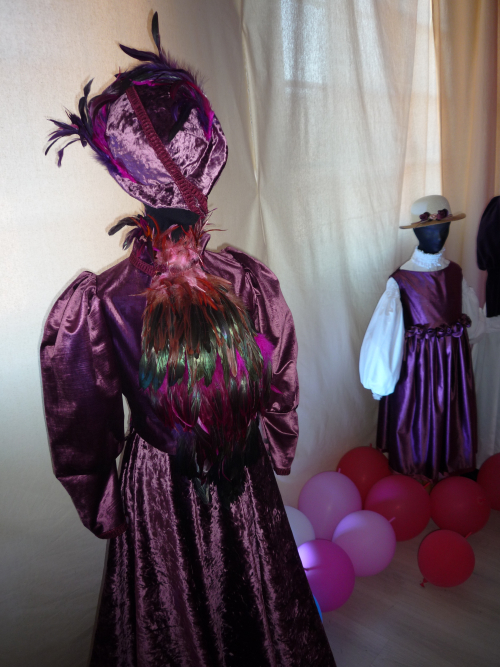 Mary Poppins costumes were a highlight of the event and I wish that Dick Van Dyke, one of my childhood heroes, could have been there to see them in person. 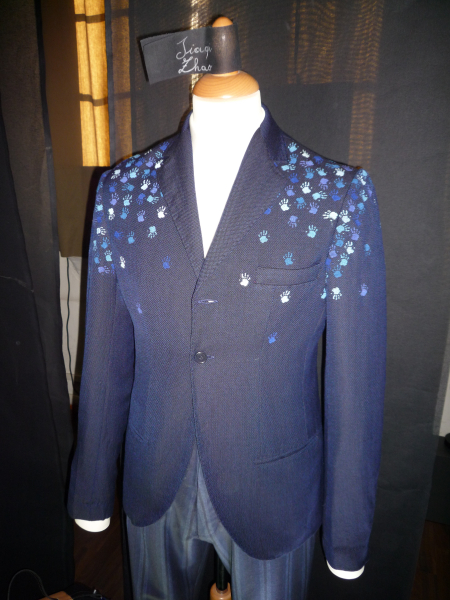 “The Woolmark and Brioni” was one of the projects presented at the event, developed by the Accademia’s third-year students who reinterpreted Brioni menswear using Woolmark’s fabrics. 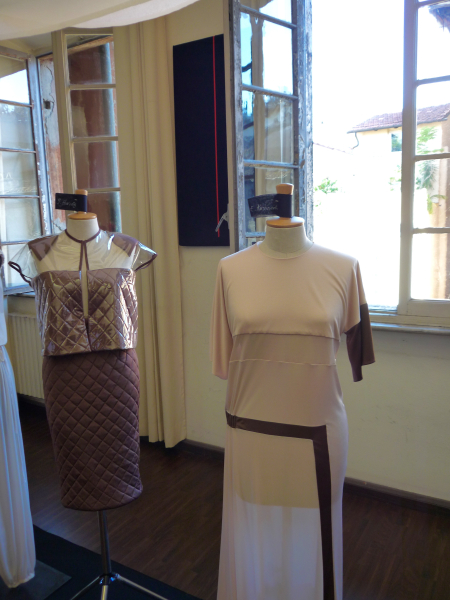 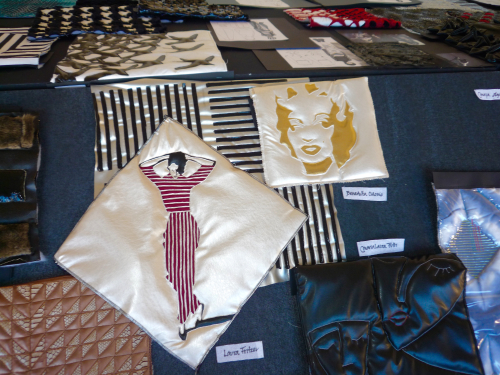 It’s time to meet some of the students… 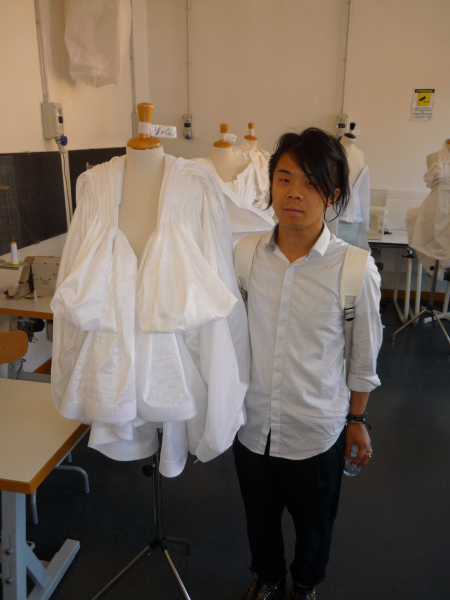 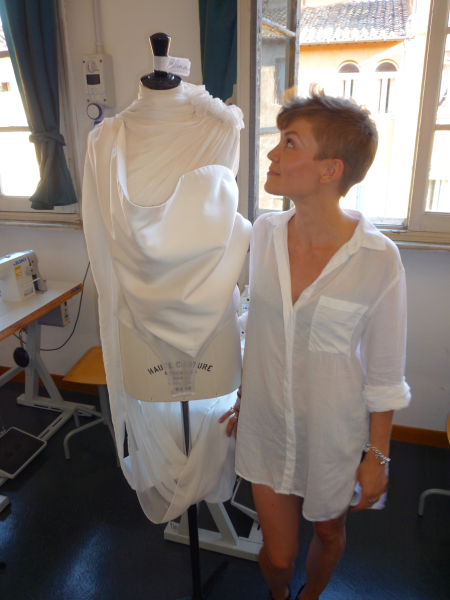 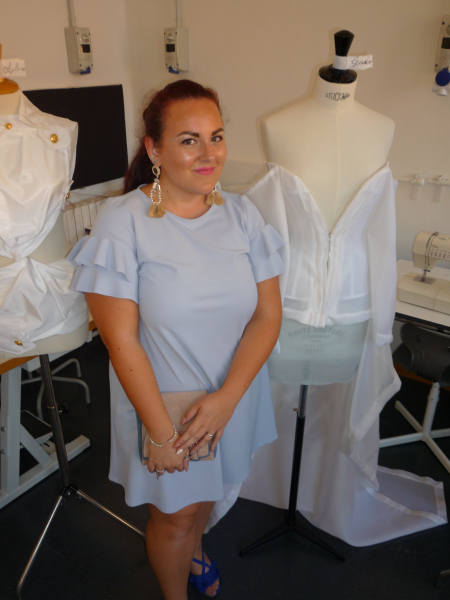 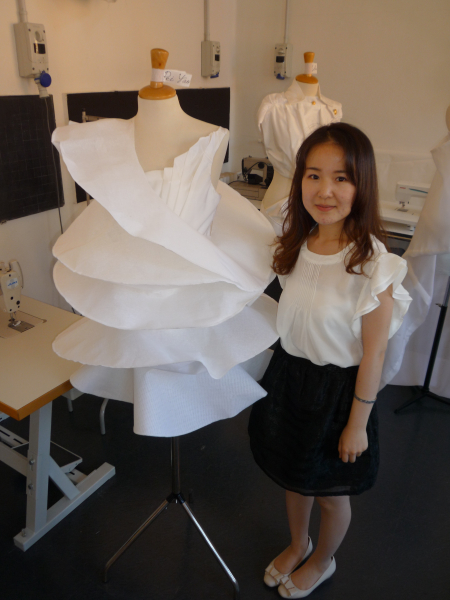 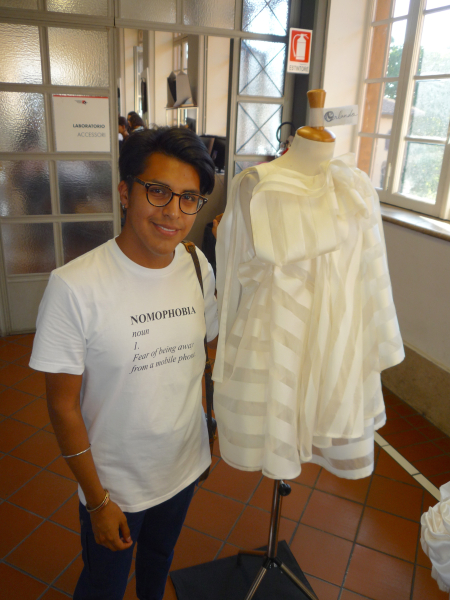 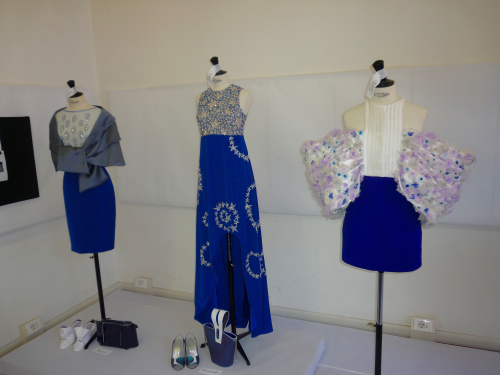 Looks from “Be Blue Be Balestra,” a project developed with Roman couturier Renato Balestra for Accademia’s MA Alta Moda and Accessories design students. 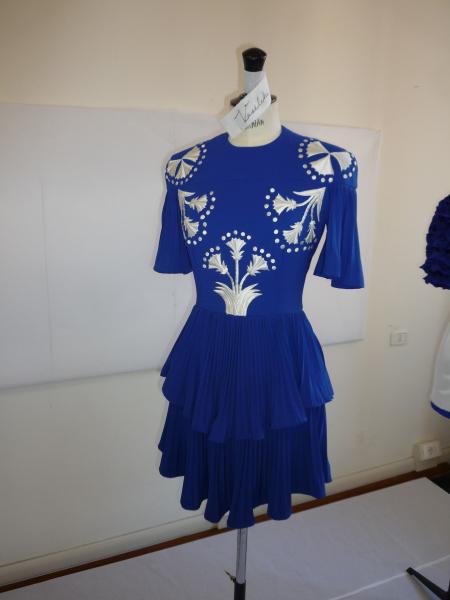 The winning dress from this edition of “Be Blue Balestra.” 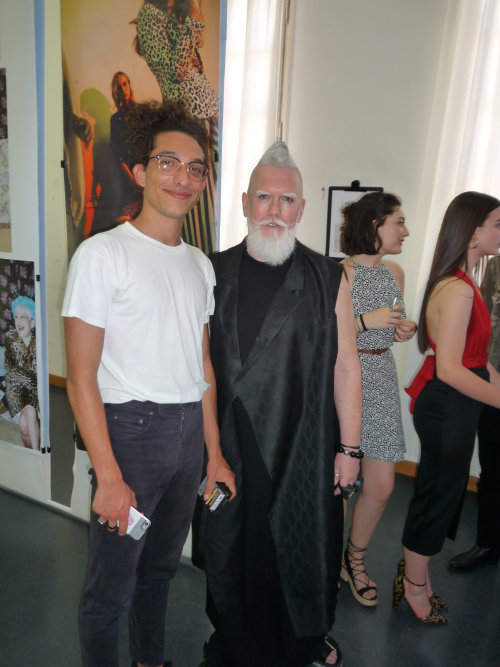 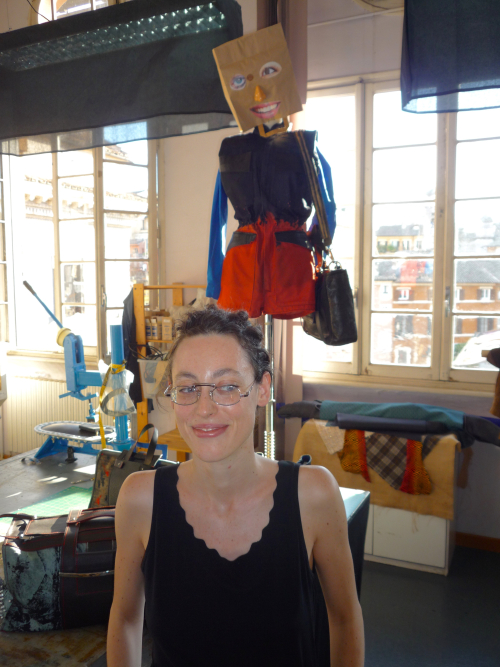 Designer Tea Righini. Diane and I loved her catwalk during the Accademia show at AltaRoma last January. 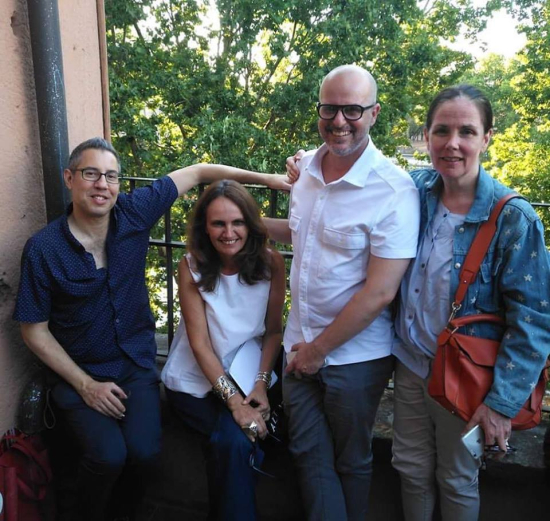 A lovely evening with my friends Susan Sabet from Pashion magazine in Cairo, Paulo Mariotti of Brazilian Vogue and Globo News, and Rebecca Voight from W magazine. Where shall me meet next? Vienna?