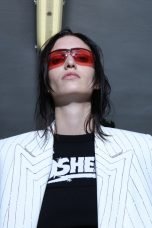 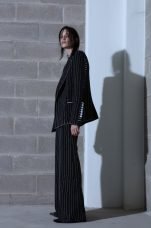 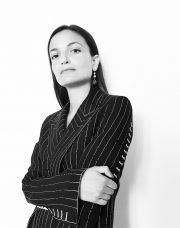 I know it is hard to believe but it is already time to start planning for September. From September 22 – 25th White Milano will be taking place in the Tortona Fashion District and it will last four days. With the help of the Minister for Economic development Carlo Calenda, by Undersecretary Ivan Scalfarotto, by ICE,  the Municipality of Milan and the main Italian fashion tradeshows, the city of Milan is becoming increasingly important to international buyers and press. Made in Italy is known world-wide as the stamp of quality and craftsmanship and probably no other country in the world takes such pride in their work. This Italian creativity and manufacturing chains will be celebrated in MILANO XL.

This edition of WHITE Milano celebrates the Milanese designer Sabrina Mandelli the force behind the brand SSHEENA. As a special guest, Mandelli will take part in the Urban Catwalk which is another way for WHITE to show its love for the city. In collaboration with the Camera Nazionale della Moda Italiana and the patronage of Confartigianato Imprese and ICE-Agenzia, the people of the city of Milan will be able to experience the Urban catwalk which connects Palazzo Reale’s Sala delle Cariatidi with the Piazza Duomo. The idea of this ‘open to the public’ catwalk is to illustrate the importance of the tradeshow and its support of new talent to the city of Milan. This synergy between WHITE and the city of Milan is one example of why so many important buyers and press are attracted to Milan.

So, who is the Milanese design talent Sabrina Mandelli and why was she the choice of WHITE? It is simple, SSHEENA’S aesthetic is perfectly coherent with the modern vision of WHITE. The brand won the Time Award 2016. The brand accelerator project, in which she was awarded, was launched by WHITE in 2015 in collaboration with Camera Italiana Buyer Moda with the patronage of the Municipality of Milan and raffled by ITA-Italian Trade Agency.

In the spring of 2017 Time also organized two trunk shows. The first was held in Los Angeles at that monument to fashion, H.LORENZO. This was a way of opening a new door for fashion buyers and insiders to get to know the brand and then it was off to New York City and a performance held at HOTOVELI, a prestigious concept store in the Village in New York City.

The urban catwalk is the protagonist for the September 2017 edition and thanks to the support of Confartigianato Imprese and ITA, agency for the promotion abroad and internationalization of Italian enterprises it will prove to be a very exciting and enriching event. See you there.