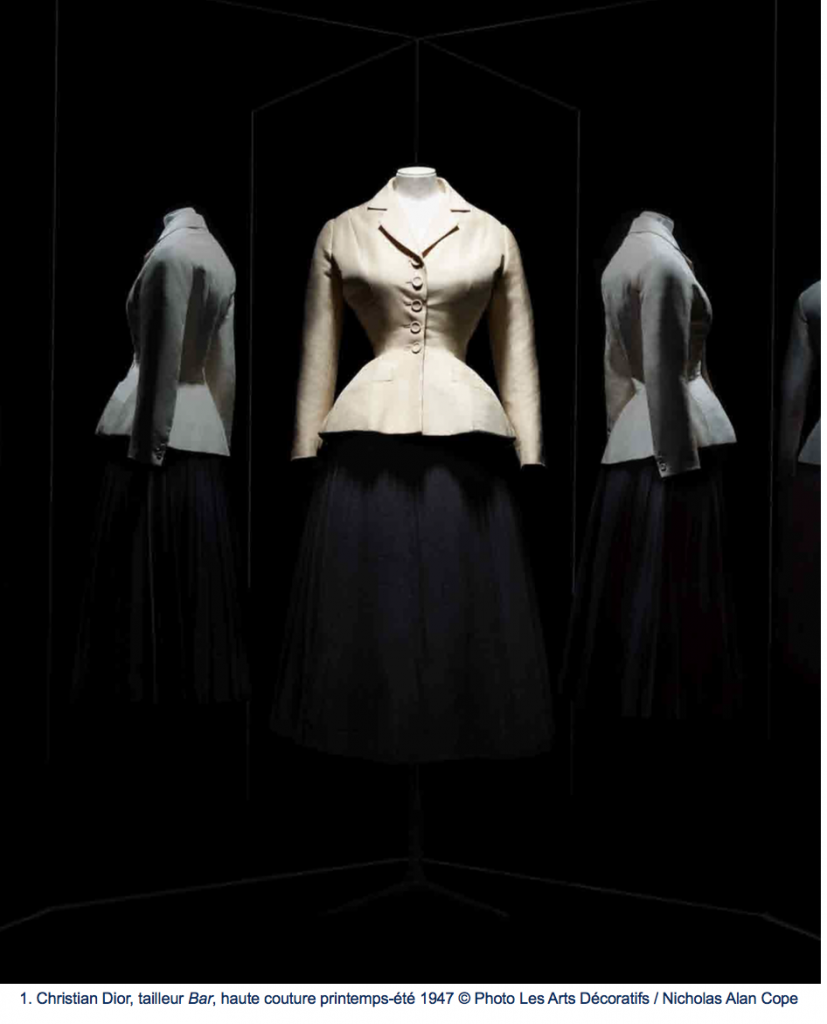 The upcoming exhibition at the Musee des Arts Decoratifs celebrates 70 years of creation at the House of Dior.The exhibition will cover the master and all the designers that took over the creative direction of the house so it’s Christian Dior from 1947-1957 and passed through Yves Saint Laurent, Marc Bohan, Gianfranco Ferre, John Galliano, Raf Simons and today, Maria Grazia Chiuri. There are more than 300 haute couture looks that were created from 1947 till today. Along with the looks you will find illustrations, drawings, photographs, letters and manuscripts, advertising…) and objects like hats, shoes jewellery and of course perfumes. 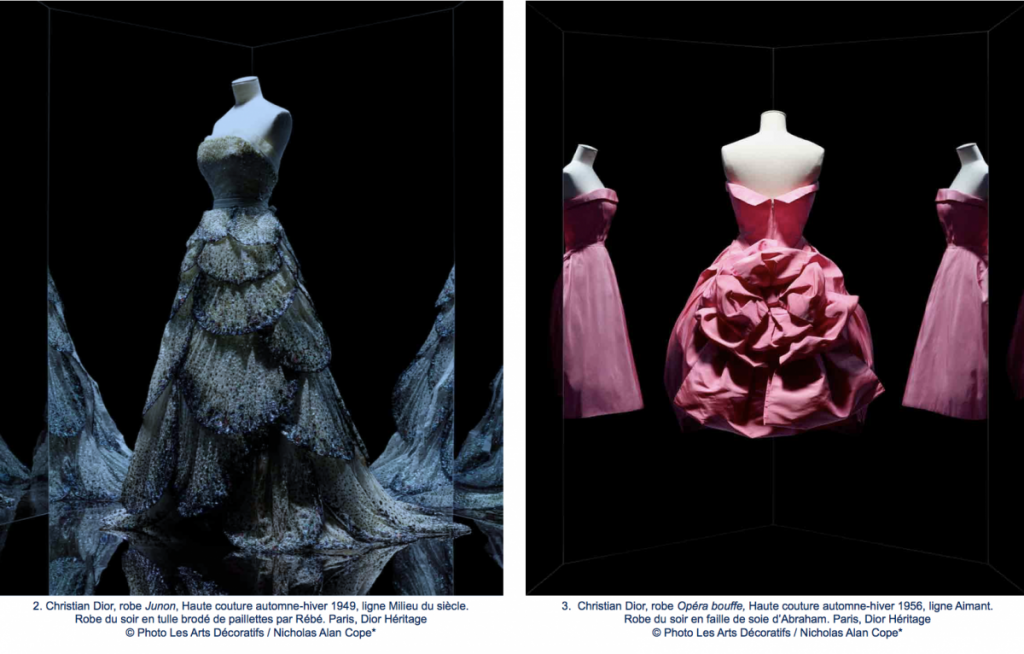 The two curators are Florence Muller and Olivier Gabet who have built the exhibition both chronologically and by themes extending through 3,000 square meters. The last Christian Dior exhibition at the musee des Arts decoratifs was in 1987 and was centered on Mr. Dior’s ten year tenure. This exhibition takes us through the six creative directors that followed his reign and expresses how each creative director worked within the identity of Christian Dior and how they related it to their epic. 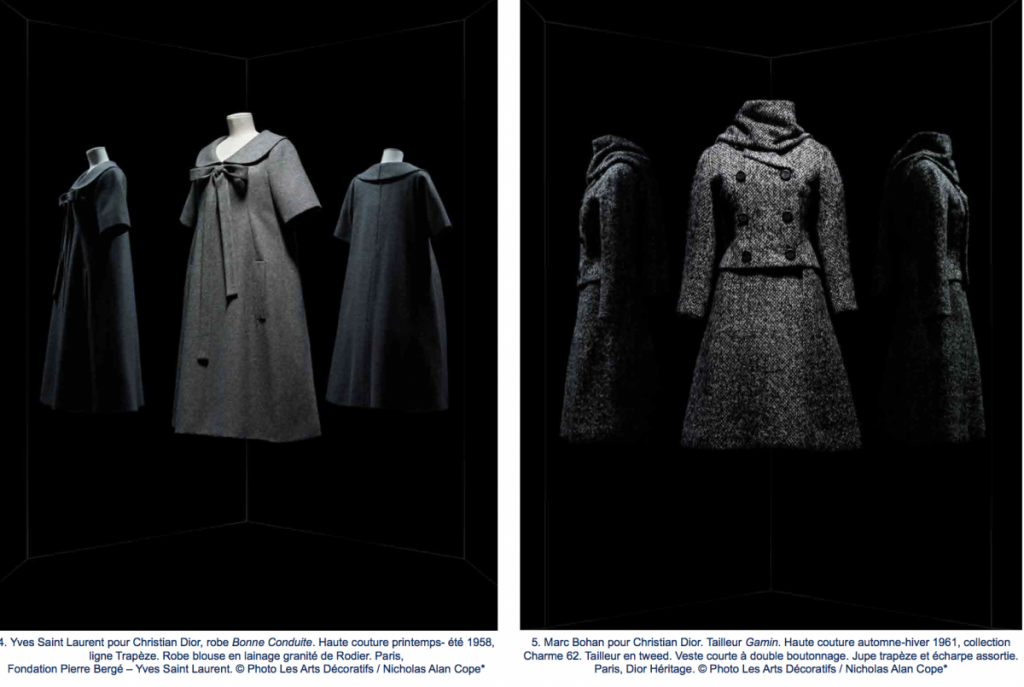 Also represented are Frederic Castet who worked with the haute couture furs, Serge Lutens and Tyen and Peter Philips for beauty and Francois Demachy for the perfumes. 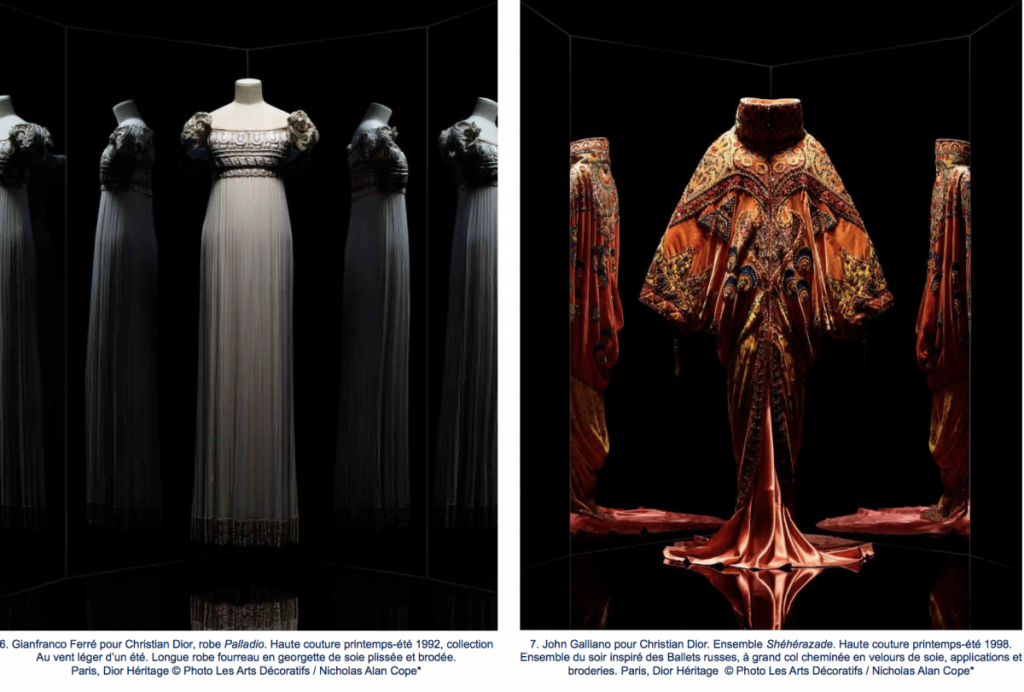 In Spring of 1947, Christian Dior changed the silhouette of the woman. The dresses were extremely feminine, worked with curves and softened the shoulders, the waists were highlighted and the hips exaggerated. 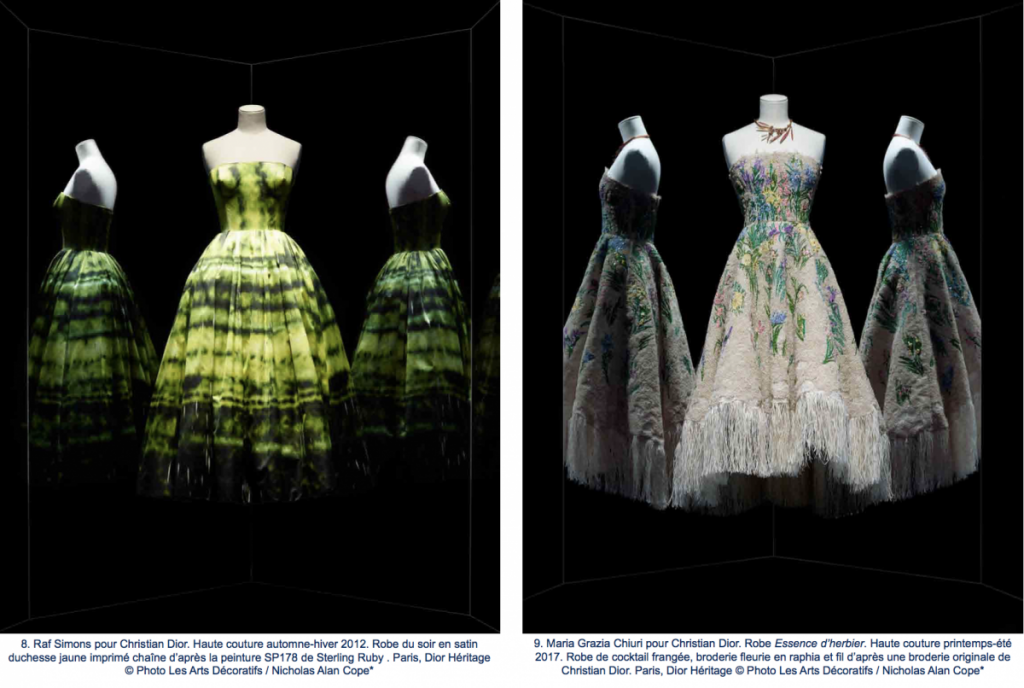 Most of the pieces on exhibition are from the Dior Heritage Foundation, most never seen before in Paris. Others were lent by the musee des Arts decoratifs and the Union francaise des Arts du costume at Palais Galliera, the Costume Institute of the Metropolitan Museum of Art in NYC and Victoria and Albert Museum of London, De Young Museum from San Francisco and the Saint Laurent Foundation as well as the Christian Dior Museum in Granville.