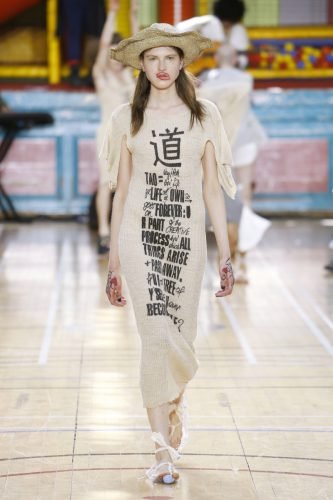 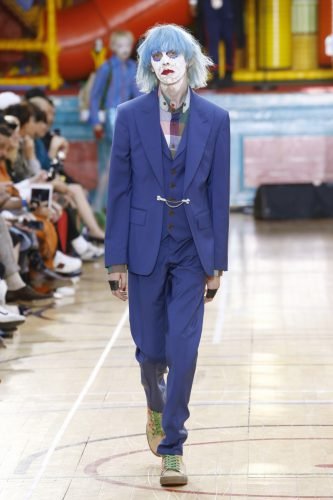 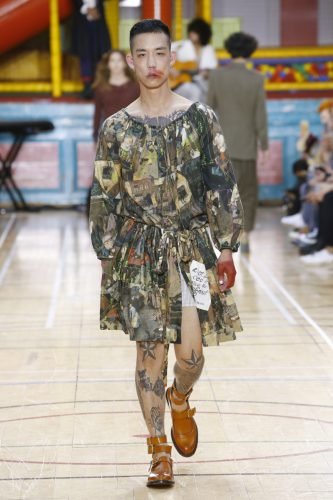 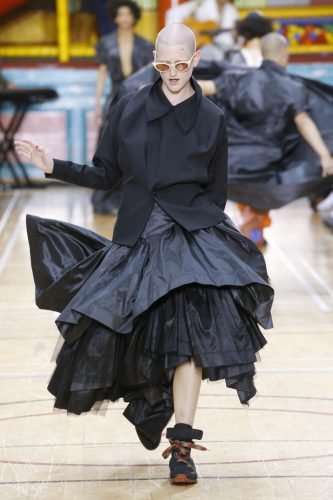 The time for subtlety is over – in the wake of America’s spineless desertion, Dame Vivienne Westwood goes on the offensive, driving her familiar narrative of the fight against climate change up a notch this season. If conscience has earned a place in the bourgeois fashion world it’s in great part due to her influence, yet still few would be able to pull off printing a footprint on a soft cream knit – to stand for, you know, our footprint – and have it look revolutionary rather than pastoral. That she’s the one who brought punk to the runway back in the day certainly helps. Westwood’s shows have always been platforms for radical ideas, nowadays, these just happen to align with ethics. A circus of ballerinas and acrobats were voguing down the catwalk on Monday, and the buffoons, those who’ve long been known for their bravery to tell even kings the truth. ‘No fashion theme’ promise the press notes ‘– just half dressed’. But as they say, the devil’s in the details: there are gladiator sandals fashioned from plastic waste, wrappers and tins that fill the décolleté of a strapless taffeta dress or are pointedly trapped into fishnet tights – a red pair of these styled on top of harlequin shorts. A partially unbuttoned shirt urges us to BUY LESS, but sunglasses come with coins for pupils, and what could have been a spotty black-on-white animal print are actually the noughts that over and over multiply money. Silver penises collar pins are worn just below the lapels of unbuttoned blazers: in Westwood’s pack of playing cards, that she reimagined into another major print, penises stand in for Clubs, that are symbols of War. Spades stand for soulless corporate giants, Diamonds for propaganda and greed, but still there’s Hearts that vindicate love and freedom. One more print, Bruegel’s 16th century The Fight Between Carnival and Lent, further conveys the picture of a society in trouble, torn apart by folly and opposite pulls. But it’s towards the end that we get to see the print that justifies all hopes: hand-drawn in the style of a cave painting, a tribe of hunter gatherers – the original affluent society, for combination of leisure and lack of want – are following a reindeer. Humans are quite remarkable creatures. ‘We will survive our evolution’ Westwood writes down, ‘don’t panic’. 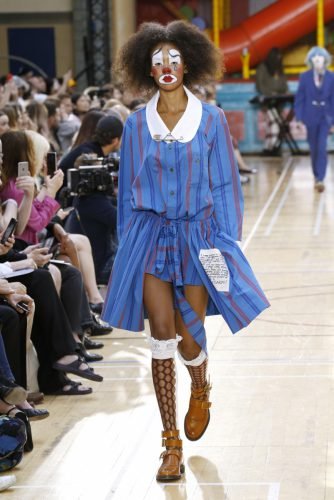 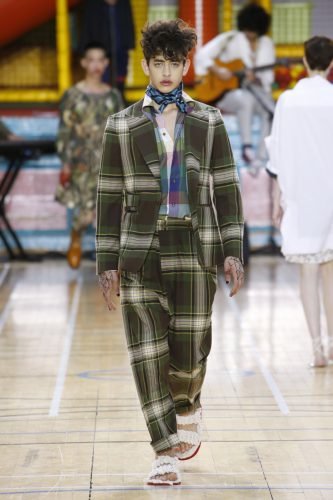 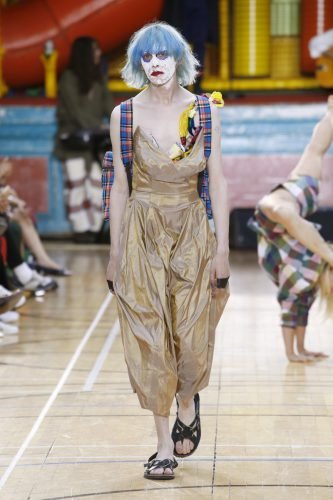 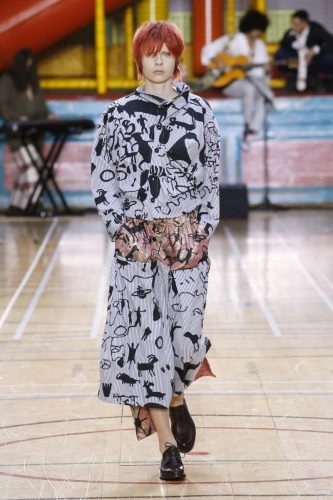 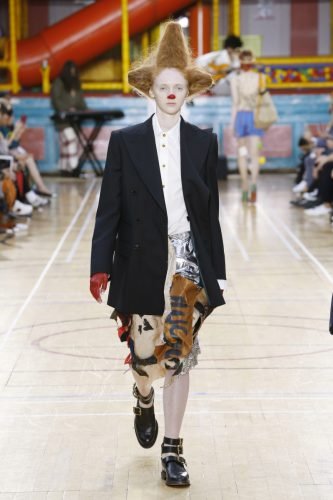 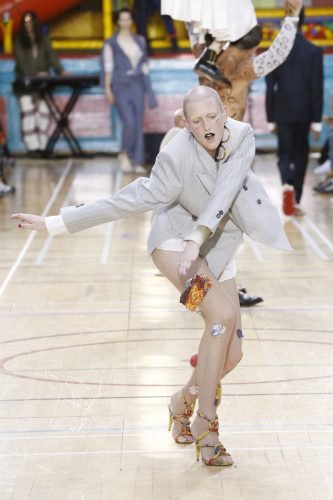