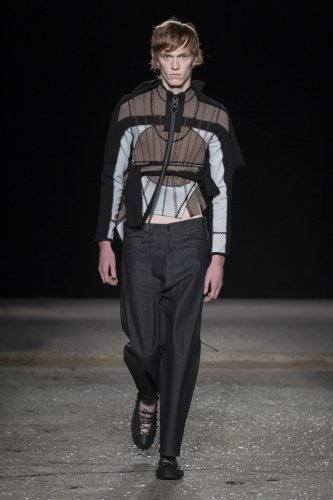 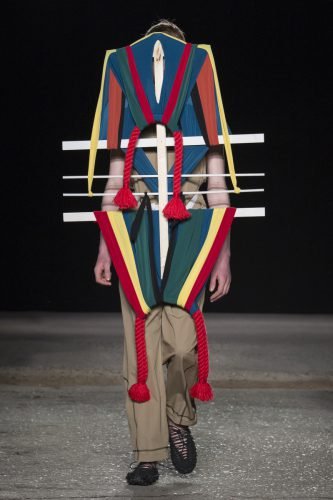 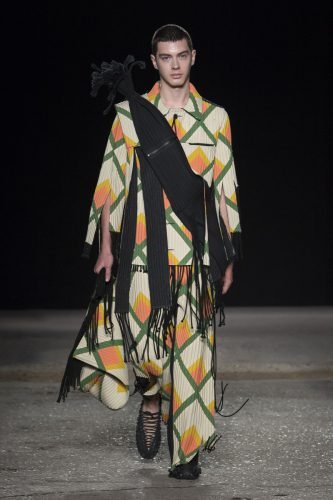 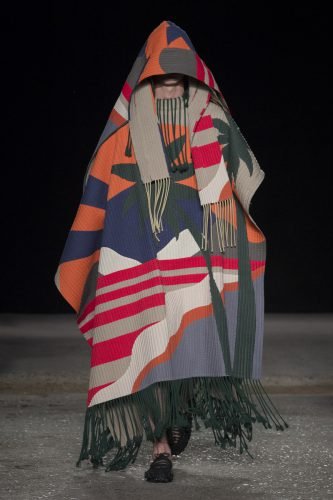 It was, perhaps, unexpected. None of the worries of January – climate change, Trump, the list was long – could be said to have found any relief yet, on the contrary. But still quite a few London-based designers opted this season to forgo the gloom and doom of their previous work for warmer, almost idyllic perspectives on the months ahead. One of the most successful examples was, no surprise here, Craig Green’s collection yesterday morning, when the fishermen of the fall 2017’s shipwreck theme crashed ‘towards the shores of a constructed paradise’. Tokens of the nautical inspiration are still present for spring – the tasselled ropes, the elaborate knots. But so are many of the building blocks that have come to define and refine the Green brand over the past five years: navel-gazing portholes, now piercing through denim pockets, or hugging drawstring strategically placed to allow the wearer to change the surface structure of their garments’ at will. But it’s this paradise that’s the show’s real protagonist, which about halfway through ‘starts to reveal the true glory of its colours’. It’s introduced gradually, led by what the show notes describe as walking altarpieces, welcoming new ideas and new ideals. They look like clothed window frames for us to peek through into the brave new world beyond – and they remind us of another of Green’s signature strengths, his ever more polished portable architectures. The landscape views come next, painterly abstractions on quilted capes and fringed scarves. There are rising suns in various colourways, and what could be fields or waves, palms, a tall pair of parrots. It’s a rarefied paradise, its narratives unscripted and depths yet unexplored. That will be something for another season. 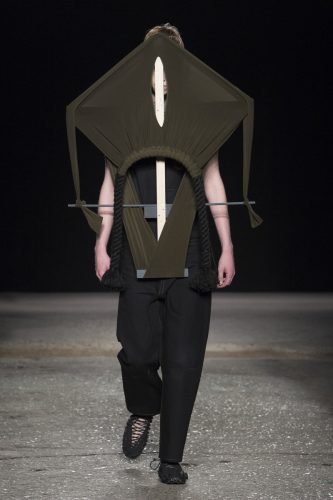 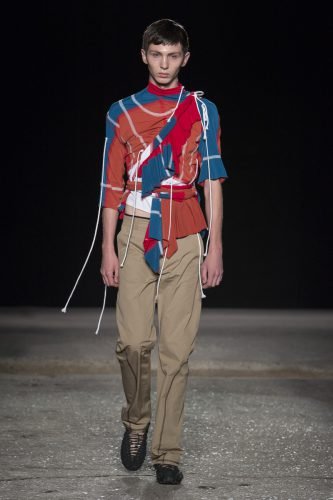 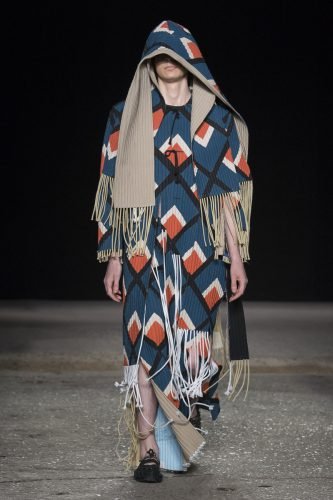 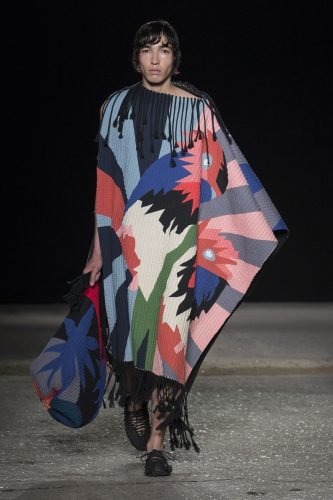