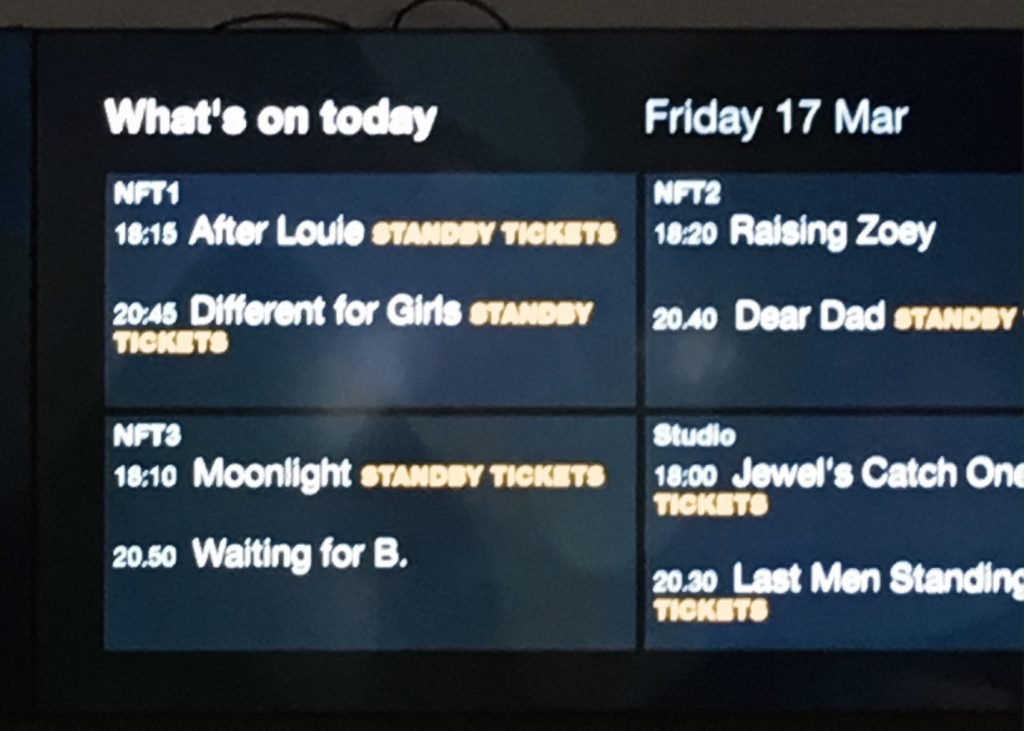 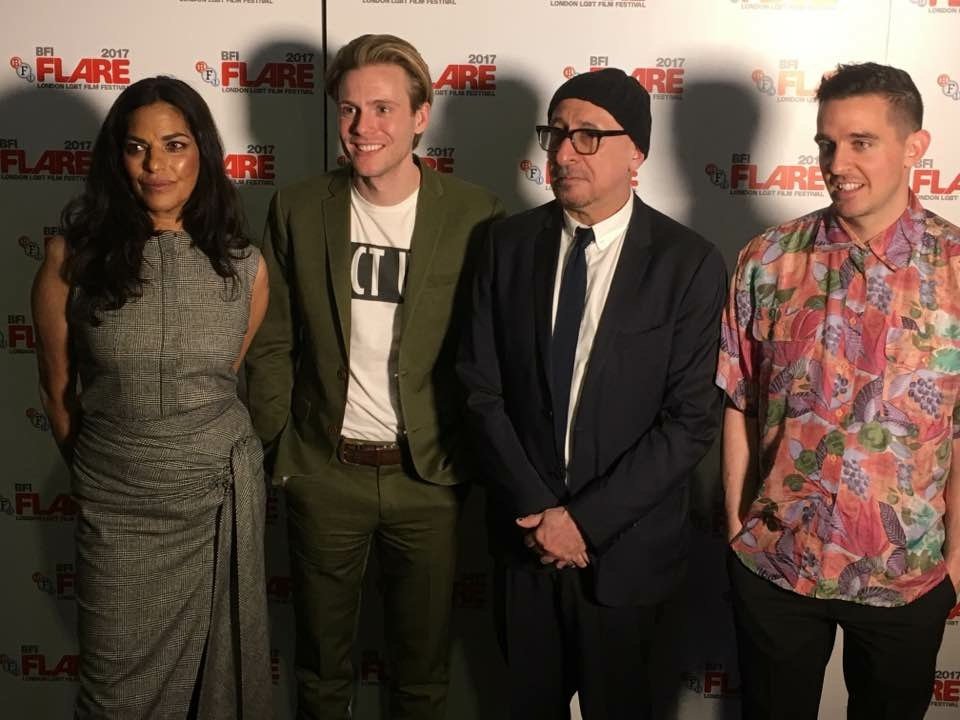 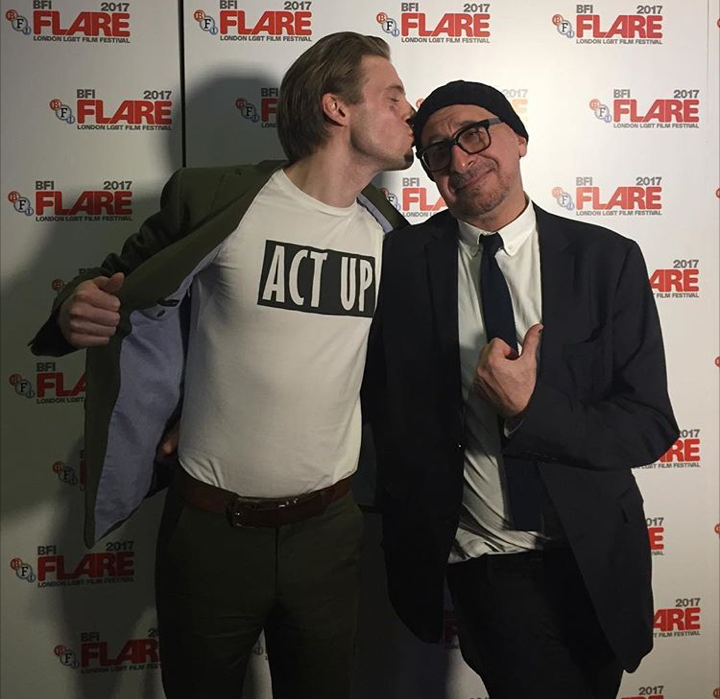 It all started with the World Premier at London BFI Flare Film Festival and …I was there to enjoy the success of my dear friend Vincent Gagliostro. Here are a few notes from him after the Canadian Premiere at Inside Out Festival.

Zachary Booth and Sarita Choudhury from my cast along with my co-writer Anthony Johnston joined me for our world premier. Three sold out performances, what a way to premiere.

After Louie in Toronto at Inside Out premiere 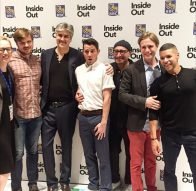 My first day started with a visit to  my friends Micah and Collin and little Marlon.

Waiting backstage about to introduce my film.

I was joined by my cast members Wilson Cruz, Zachary Booth, my co-writer Anthony Johnston and my producers.