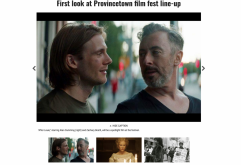 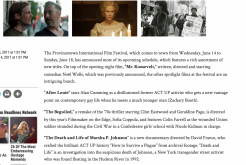 Congratulations to Vincent Gagliostro, the line up for the Provincetown film festival has just been announced and Vincent Gagliostro’s film “After Louie” is one of three spotlight films with Sofia Coppola’s The Beguiled and David France’s Marsha P. Johnson documentary.