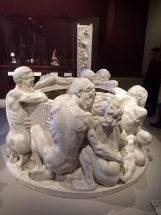 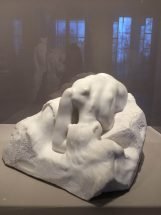 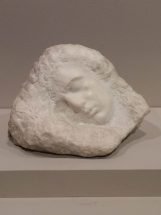 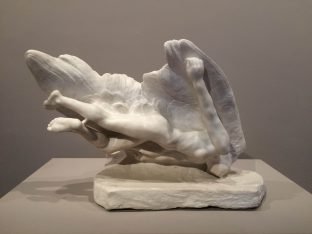 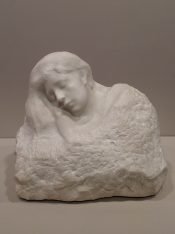 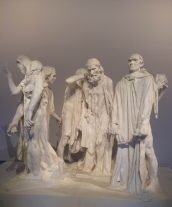 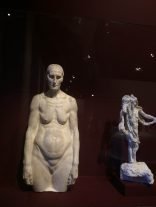 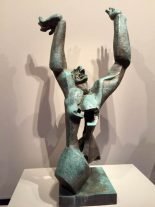 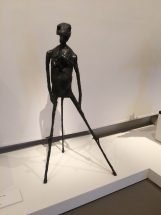 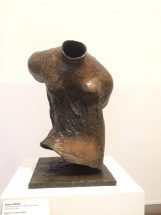 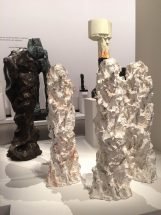 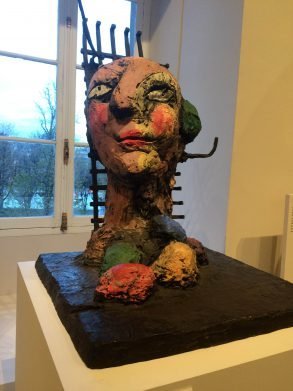 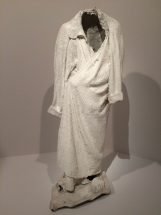 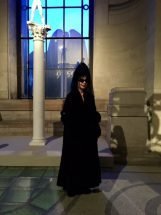 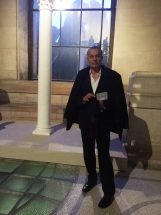 2017 marks the 100 years after the death of Rodin who died on November 17, 1917 in his studio/residence in Meudon at the age of seventy-seven. In 1900 Rodin created protean studies that made him the inventor of assemblage, the partial figure and collage. The exhibition is structured into three major sections: Rodin the expressionist, Rodin the experimenter, and the effects of his shockwave after 1945. Each section is then broken down into three parts, which explore the artist’s creative world, the exhibitions and collectors he attracted and the ways in which numerous artists have appropriated his work, from his lifetime to today.

At the turn of the 20th century young sculptors embarked on a Rodinesque phase. They explored different aspects of the techniques of a man now considered a patriarch.

Picasso practised modelling and bronze work by making dents and grooves in his work, Matisse created series, such as his successive larger-than-life studies of backs. The Germans Georg Kolbe and Wilhelm Lehmbruck were influenced by the structure of figures, and Brancusi explored the possibilities of sculpting marble. When Rodin chose to isolate a part of the body and take it at face value – a head, torso, arm or leg – he introduced a change of perspective and would turn out to be astonishingly productive throughout the 20th century.