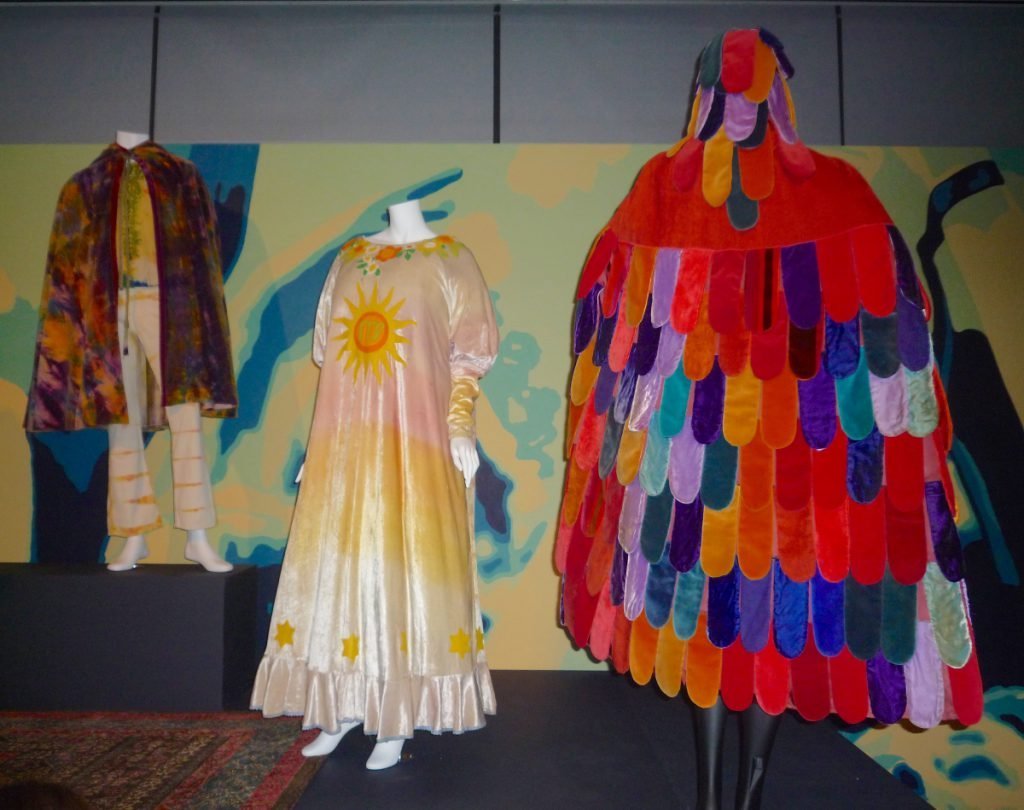 Recently I attended the opening of the eye-poppingly gorgeous and infinitely fascinating exhibition Counter-Couture: Handmade Fashion in an American Counterculture at MAD Museum of Arts and Design on Columbus Circle in New York, on view through August 20, 2017. The show impressively highlights the unique handcrafted clothing of the 1960s and 1970s counterculture movements, and its artists’ distinctive extension of politics into culture and style.

The show was organized by guest curator Michael Cepress. “When I was fifteen years old, I found a copy of Alexandra Jacopetti Hart’s book Native Funk & Flash,” comments Cepress, “which led me to devote more than half of my life so far to researching a period in history that I find deeply inspiring.” 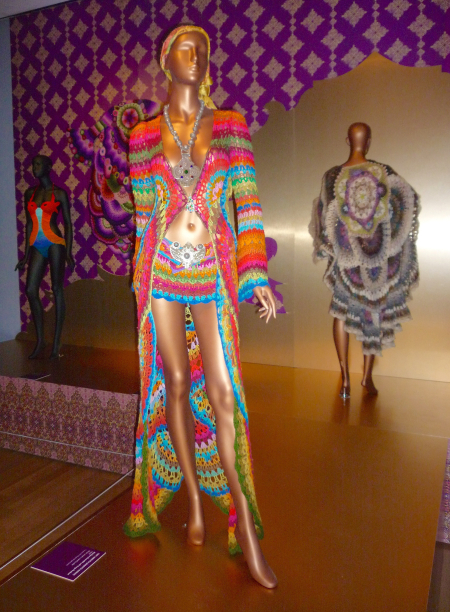 Rainbow Ensemble, 1969, by Birgitta Bjerke. A hippie globetrotter from Sweden by way of England, France and Ibizia, Bjerke arrived in the U.S.in the early ’70s. Her crocheted pieces could be seen on the Paris runways as well as on the backs of The Who and the Grateful Dead. 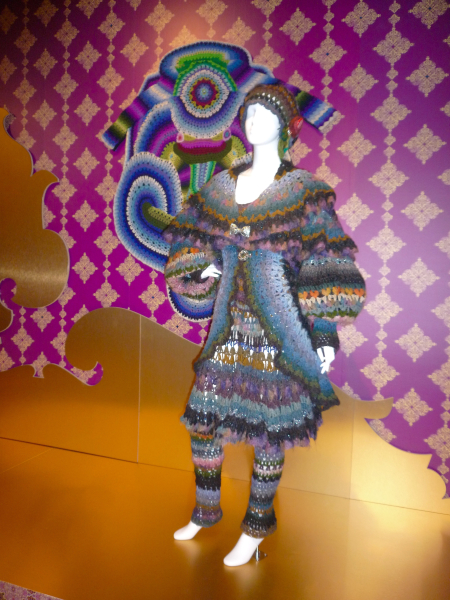 Going Back to Sweden outfit by Birgitta Bjerke, 1970. 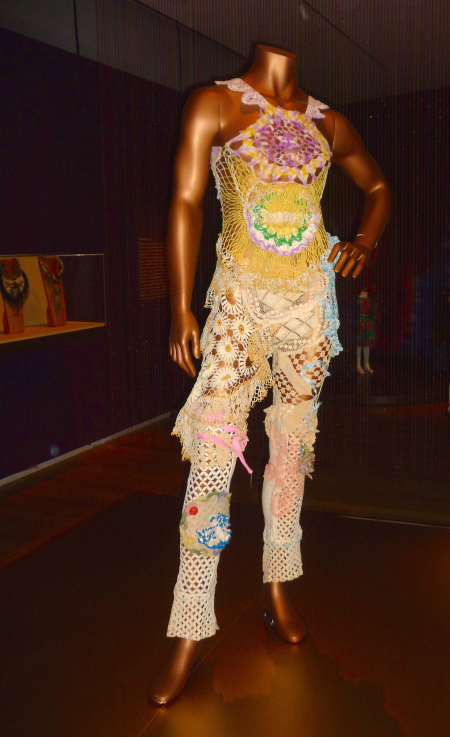 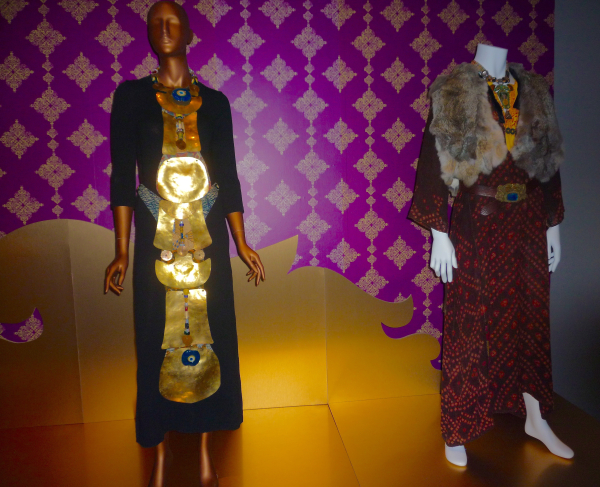 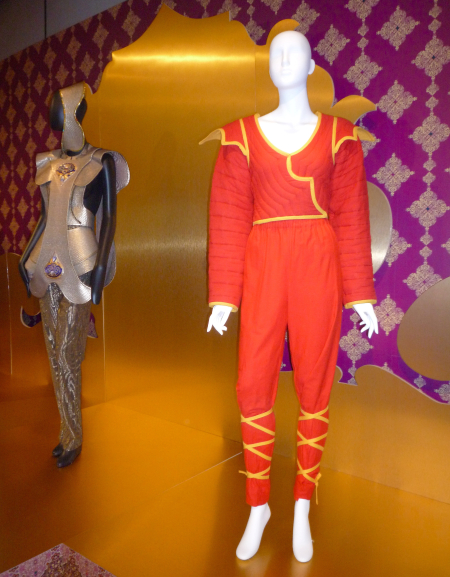 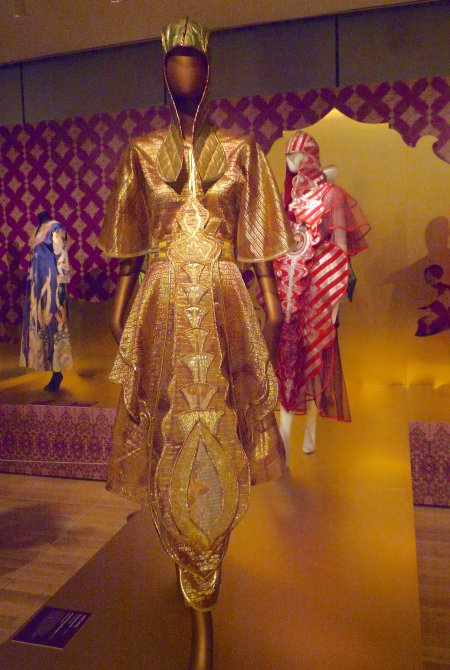 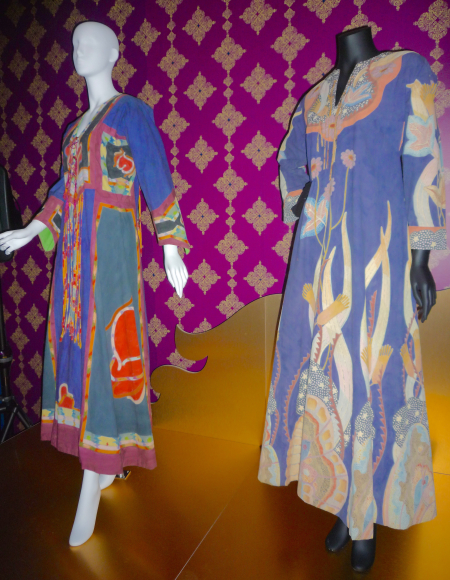 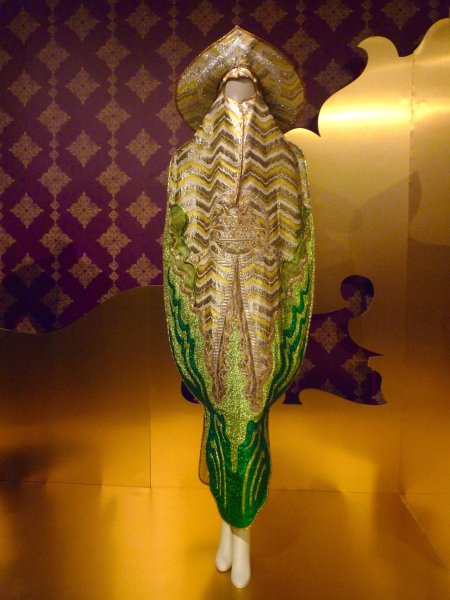 Yellow and Green Ray Dress and Headdress from the Seven Rays series, 1974, commissioned by Salvador Dali, by Kaisik Wong. Cosmic Gypsy Ensemble, 1970, by Fayette Hauser of The Cockettes. If you don’t know who The Cockettes were (there was a wonderful documentary made about them awhile ago, I attended the premiere with Bruce Benderson, who hung out with The Cockettes in San Francisco in the ’70s) you can read this article and also this article by the great Rex Reed, which appears in one of my favorite books of all time People Are Crazy Here.

On the right is a cape by John Sebastian, 1967, who was in the band The Lovin’ Spoonful. If my memory serves me, he also wrote the theme song for the TV show “Welcome Back, Kotter.” 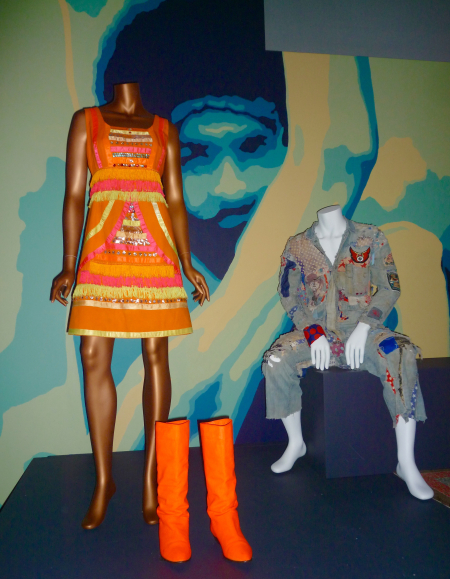 Mary Prankster Acid Test Dress and Boots, 1965, by Paula “Gretchen Fetchen” Douglas. On the right is a denim and mixed-materials jumpsuit by Jahanara Romney from 1969. 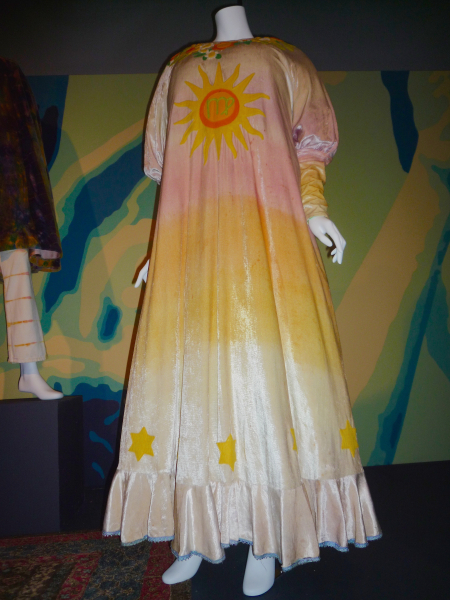 This dress, created by an unknown artist for Mama Cass Elliot of The Mamas and the Papas in 1967, features a sunburst insignia of Virgo (Elliot’s sign) but also representations of the yellow stars worn in concentration camps. (Not mentioned in the show’s notes.) 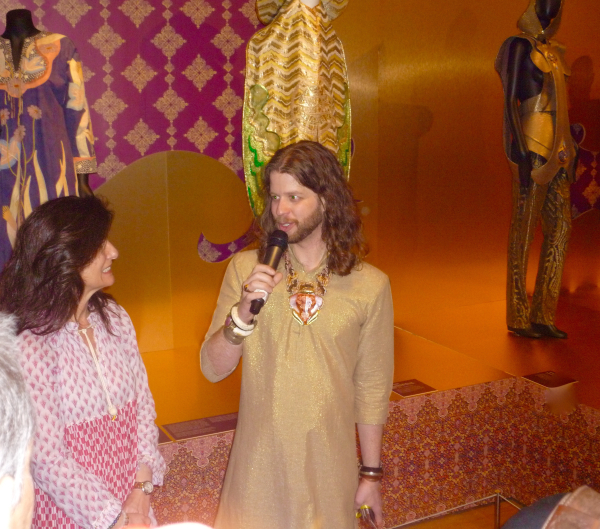 Center: The show’s curator, Michael Cepress. “The exhibition shares the vital stream of passion, ideas and the artist activists who chose fashion to help create a better world for us all,” said Cepress. “As the show now begins to travel, it is an honor to showcase it at MAD and bring the magic of it all to a New York audience. 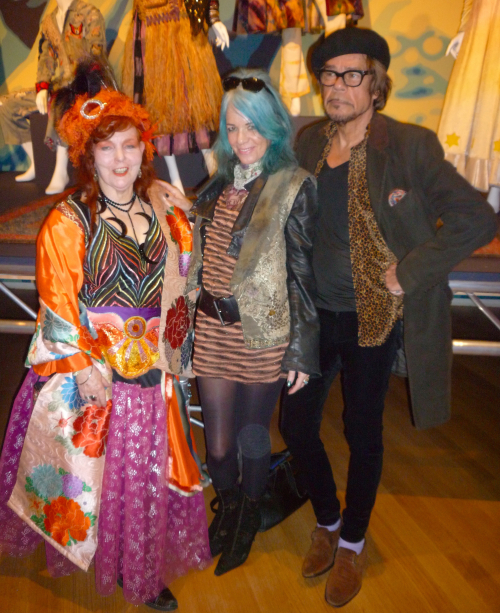 From left: Yes, that’s Fayette Hauser of The Cockettes, who has work in the show (the grass-skirted Gypsy Ensemble behind her) with Mara Hennessey and her husband, the one and only David Johansen, of one of the greatest and important bands in rock ‘n’ roll history, The New York Dolls. 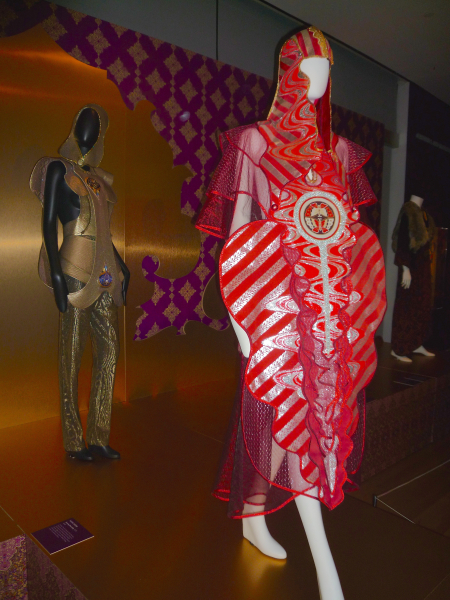 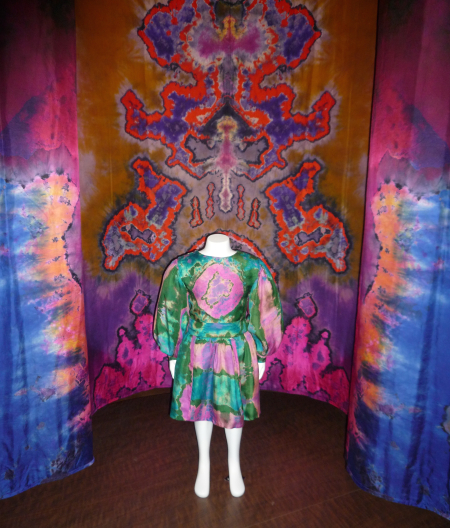 Girl’s tie-dye dress from 1970. The background is First Ceremonial Enclosure by Marian Clayden, 1971. 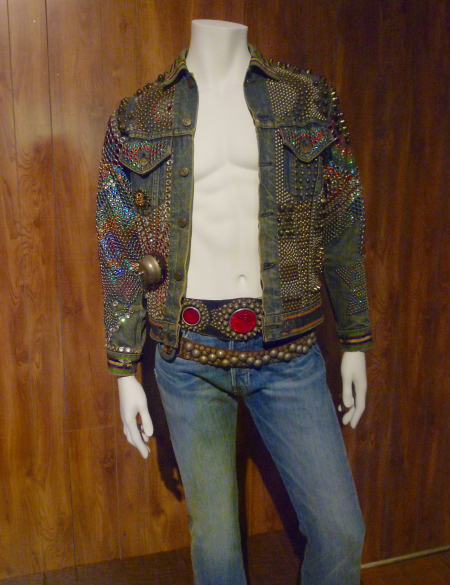 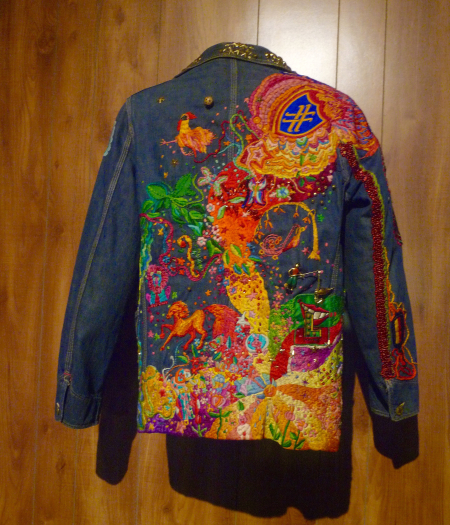 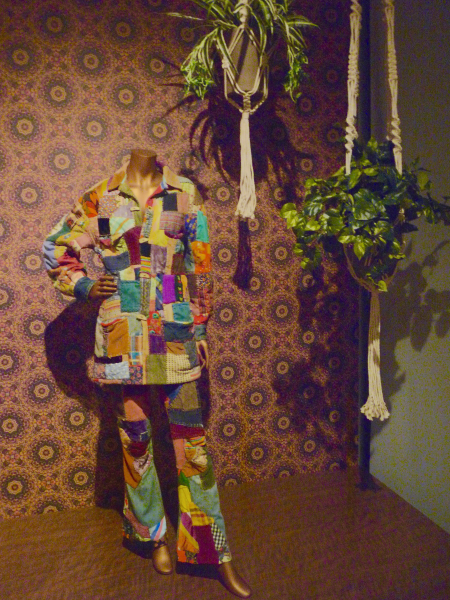 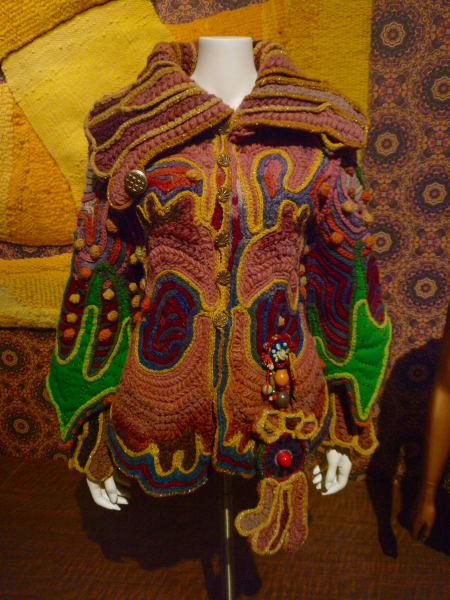 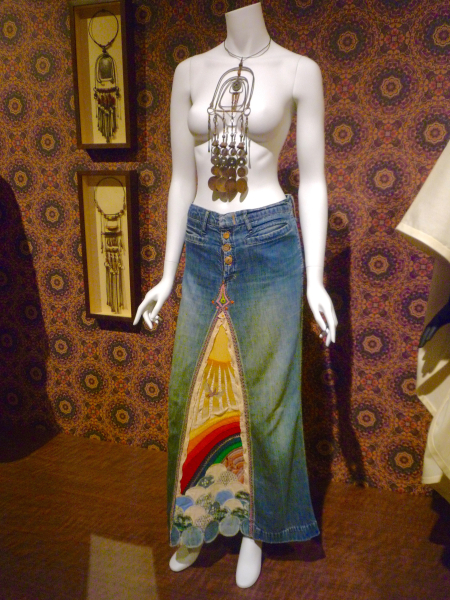