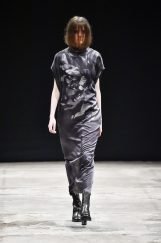 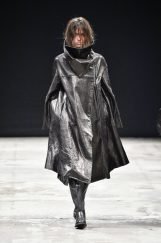 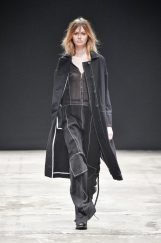 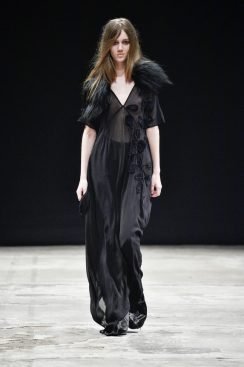 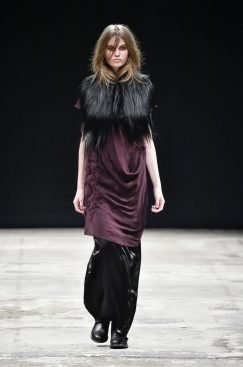 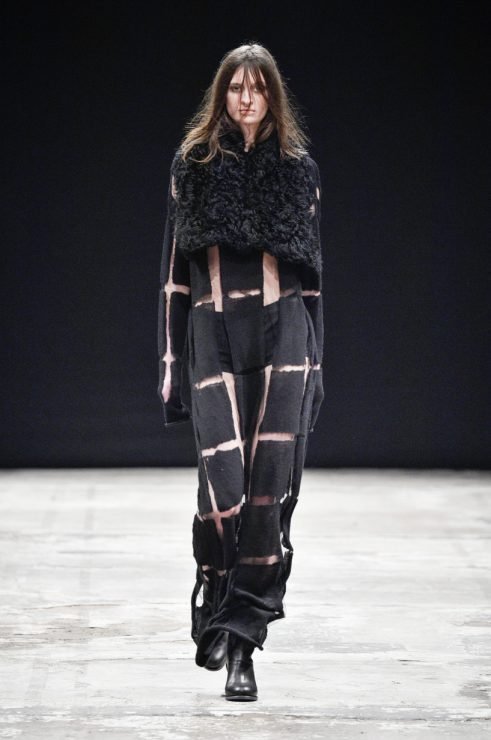 Roy Krejberg took over this season as creative director for one of the most iconic Danish brands, Ivan Grundahl. Krejberg has worked for many houses over the years from Denmark to Japan. He studies the history of each brand in order to take it forward and is equally passionate working for himself as for someone else. He’s based in Paris but naturally spends a lot of time in COpenhagen.

There is a sense of the dramatic in his designs perhaps coming from his past as a costume designer for the likes of Jonathan Price in the James Bond film Tomorrow Never Dies to outfits for Jamiroquai, Lenny Kravitz and Garbage.

He feels his structured and dark approach to design stems from his Nordic and slightly melancholic background. The brand is about dark emotion, raw simplicity and poetic lightness. He considers his first job in Paris as the biggest turning point in his life and as for the future..he might enjoy playing the lead role in a psychodrama Dogma film by Lars von Trier. “I would be intrigued to experience how far we could push each other’s minds.”