One of Kazakhstan’s finest designer brands, Aika Alemi was founded by Aika Jaxybai, who divides her time between Almaty and Astana, the country’s capital city. Her garments are luxurious, tactile and transformable, with a focus on comfortable shapes and natural fibers. For Spring Summer 17, the designer pushed her trademark patchwork technique to apply it to leather coats and jackets, which are lightweight and reversible. Tubular jersey pants add a sportswear touch to delicate separates, made from broderie anglaise, prim white cotton or silk chiffon. Wraps turn into jackets, while long coats feature narrow sleeves. These are nomadic clothes for an urban woman, who appreciates quality and intricate craftsmanship. If Kazakhstan is known for stocking the best fashion brands already, it also has a burgeoning fashion scene, supported by Jaxybai who educates local designers and helps them present their work abroad through her own creative fund. 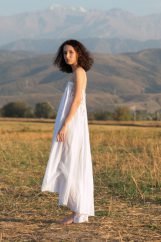 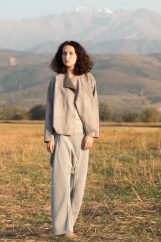 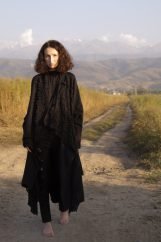 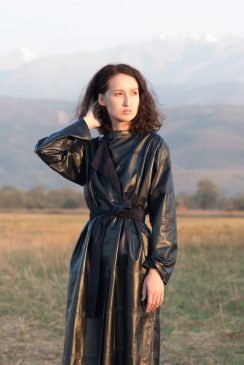 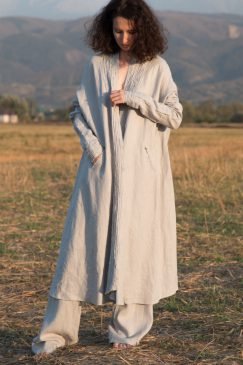 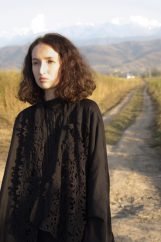 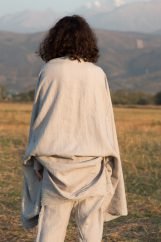 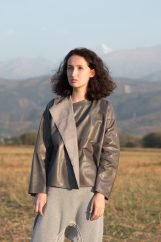