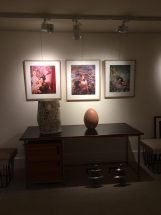 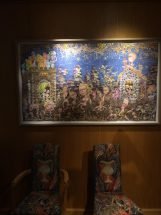 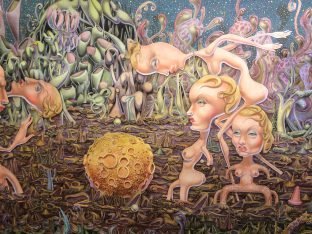 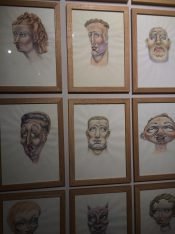 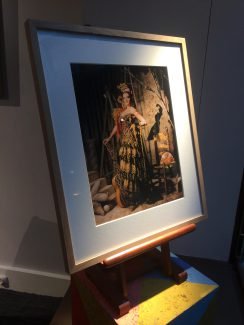 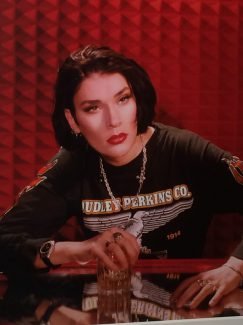 The current exhibition at Galerie du Passage in Paris pays homage to the artist David Rochline and exposes works of art that have not been seen before including paintings and collages that were haunted by his obsessions with both Marlene Dietrich and Josef von Sternberg.

David Rochline (1951-2015) was a multi-talented artist, photographer, performer,  set designer and illustrator all rolled up into one. He did his studies at l’ecole des arts decoratifs and was close to the Malakoff group which included Anette Messager, Christian Boltanski, Sophie Calle. He was as active behind the scenes as on the stage. He created 4 theatre plays that were performed in 1987 as part of the Festival d’Automne: Paris-Gipsy that he wrote and acted in . His last theatre piece was « Pouêt Pouêt, Monsieur Milord » produced by Jean-Michel Ribes at the Théâtre du Rond-Point.

At the initative of his sister, Elisabeth Garouste, and his nephew, a book: « La vie rêvée » has been published by  éditions du Regard and  is available on amazon as well as at the Galerie du Passage.