Wen Wei Tong in front of her boutique SHAOO Paris

Shaoo poster outside of Shaoo Paris boutique in Shanghai 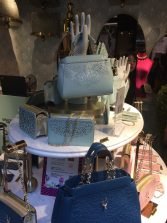 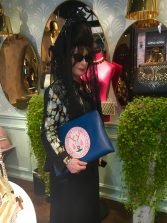 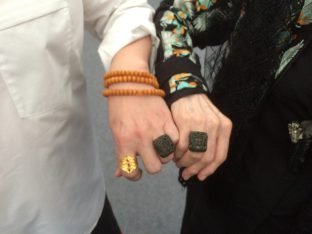 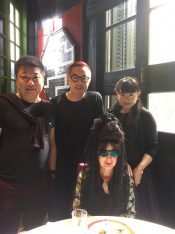 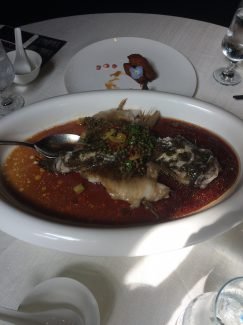 On my last day in Shanghai I visited the jewel of a boutique, SHAOO Paris in Shanghai. Wen Wei Tong is the designer behind the accessory brand SHAOO and SHAOO SHADOW. I have been wearing her beautiful dark green jade ring for a few years now and it never leaves my hand. After a visit to the boutique Wen Wei Tong took me to lunch at Shanghai Tang Cafe where I tasted ‘money bags’ mushrooms wrapped in tofu skin, I thought if I ate a few I’d suddenly become rich. The food is excellent there by the way and the atmosphere was a dream.