In the Sir Hugh Casson Room in the Keeper’s House at the Royal Academy of Arts, Sadie Clayton’s SS17 collection was presented to the public via a collaboration with MDH hologram – the company responsible for the Tupac Shakur concert at Coachella, just a few years ago. In Sadie’s case, they were a series of luminous, impalpable fairies dresses up in her clothes, who twirled and multiplied and vanished in mist. “The inspiration was the contrast between the fast pace we live in, in today’s society, and the complete opposite when you’re in your headspace” said Sadie, “throughout the holograms I’ve brought lots of very fast movements, to try and capture the sense of urgency of rushing through life”. Her urban silhouettes – such as the signature 3D bombers – fit the lifestyle as much as the patient, time-consuming nature of her needlework gives it balance. “I’ve done a new kind of embroidery”, she told me, “it’s called tonal embroidery, over organza. So in some areas it’s very dense to kind of mimic that sense of urgency, but then on the other hand is a lot more loose, to mimic the opposite”. Sadie calls herself a copper girl. The metal, offset by black and more summery hues like white or blue, keeps the sparkle alight, and suits her theme: where gold could have been gaudy, copper looks almost antique – a thread of distinction. 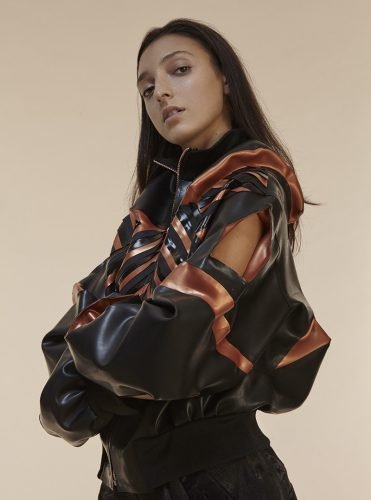 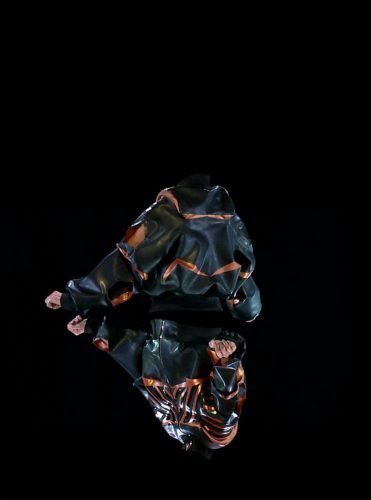 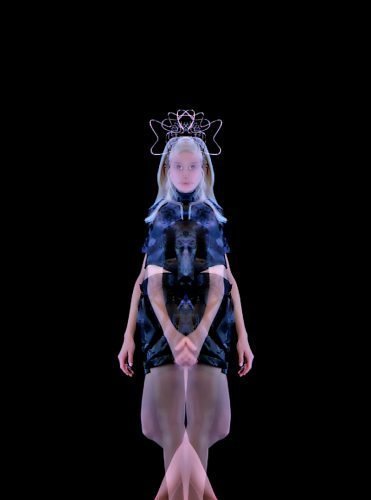 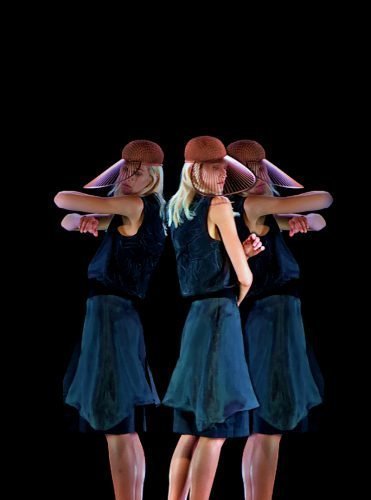 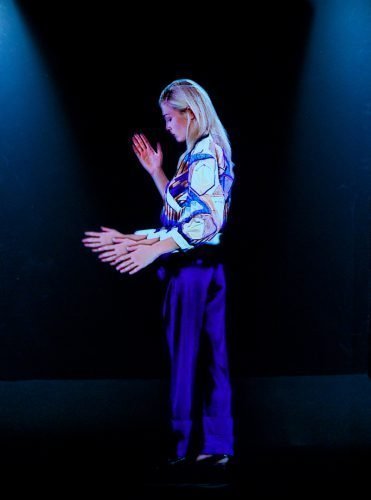 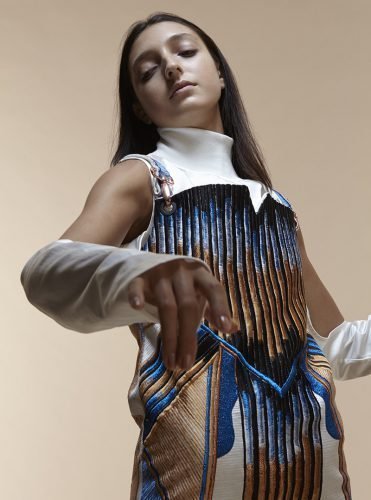