Over the last decade, nearly half of British nightclubs have called it quits – Monocle reports that there were 3144 of them in 2005, and only 1733 still stood in 2015. On September 6, it was London’s illustrious Fabric that forever shut its door, and this was just a week before its German cousin, Berlin’s Berghain, was to be officially recognised as a cultural institution, that just goes to show how localised a threat this is. British nightlife, it seems, is a species in dire need of protection, and that’s what Molly Goddard was out to do last night, protecting her girls most literally, by wrapping them up in layers of densely gathered gingham, or tulle so fluorescent and sheer, it almost looked bleached by neon lights and moonbeams. So we’re running out of clubs? No matter, Molly’s crew are all getting ready for an outdoor all-nighter. Sensibly, they all wear flats, their hair – often red, like Molly’s own – donned up in bubble ponytails and their frothy smocks layered with knits for extra warmth. A series of t-shirts come printed with British photographer Nick Waplington’s portraits of the underground party scene in New York. There’s a certain nostalgia that runs throughout: not just for the golden age of Brit clubbing, but as it’s often the case with Molly’s work, for childhood – dayglo colours, ribbons, extreme frills. But no bitterness, not an ounce of it. The girls are surprisingly graceful in their huge puffy outfits as they walk for Molly’s catwalk debut, at the Old Spitalfields Market near Brick Lane. And instead of making their way back backstage afterwards, they keep to the background, dancing to the notes of Red Sun’s This Love. Committed to party, they are, nevermind where. 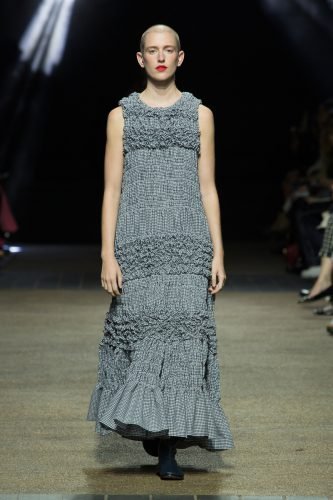 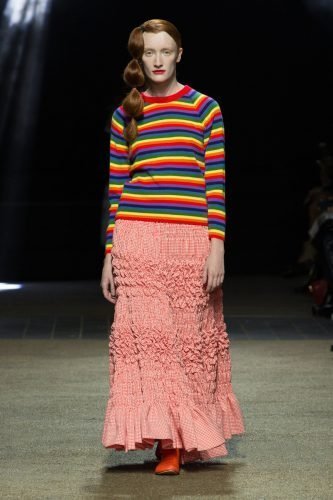 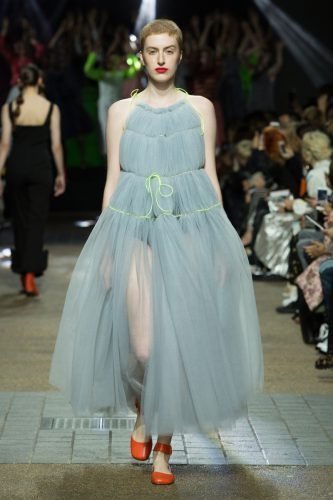 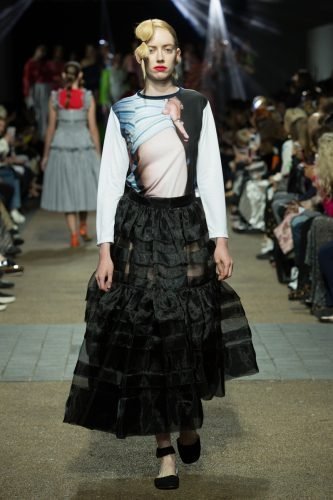 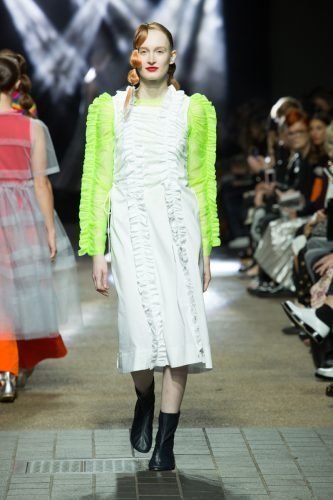 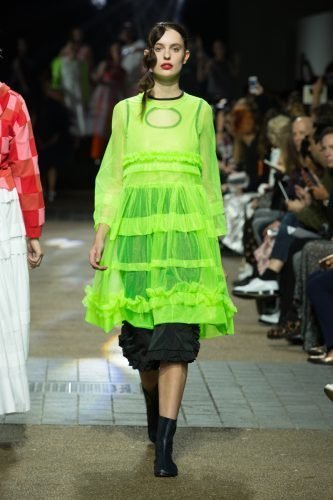 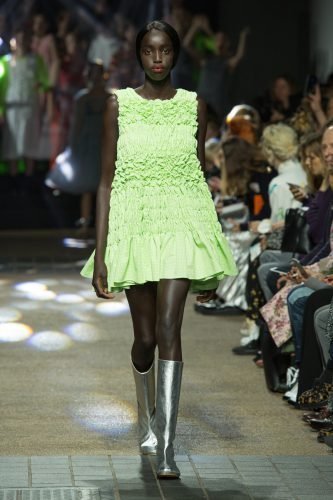 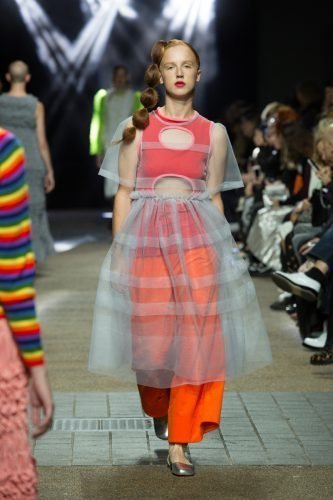