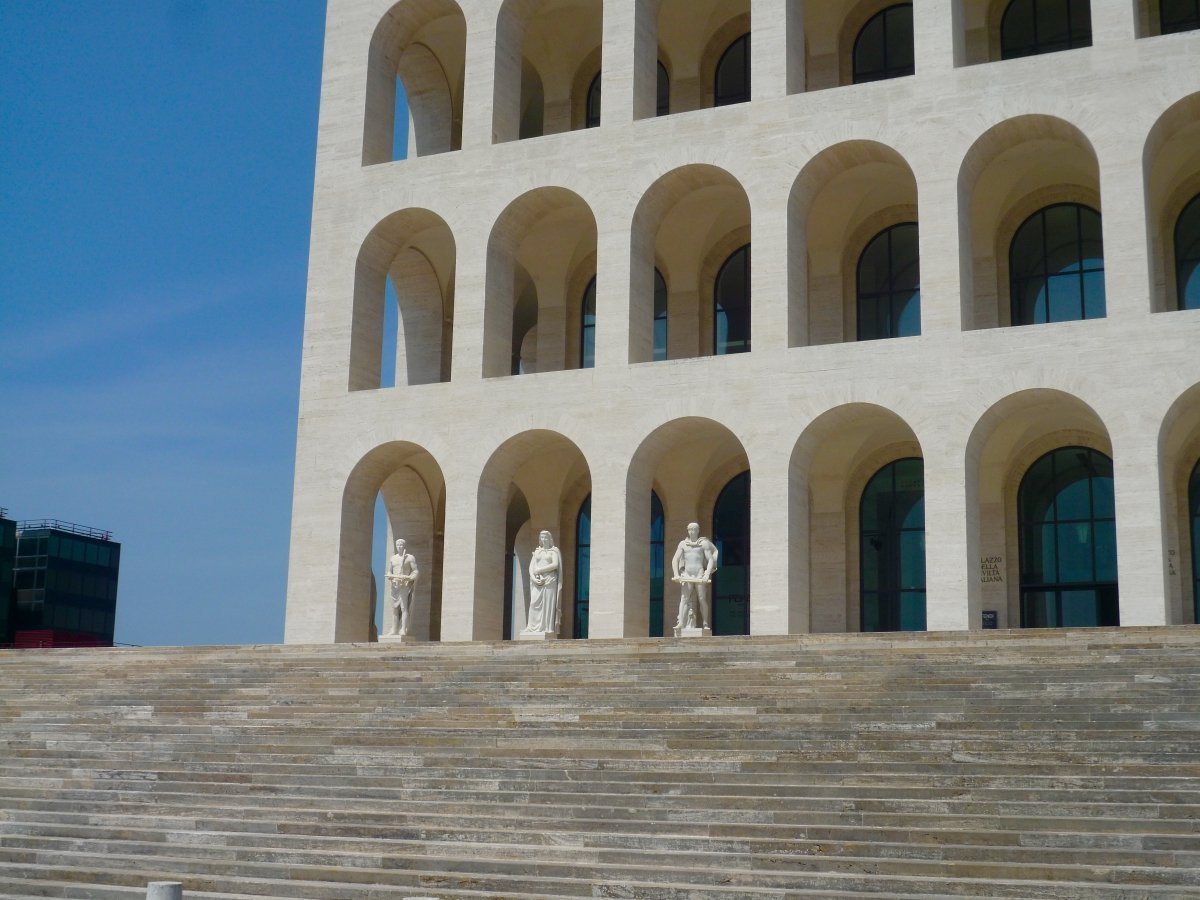 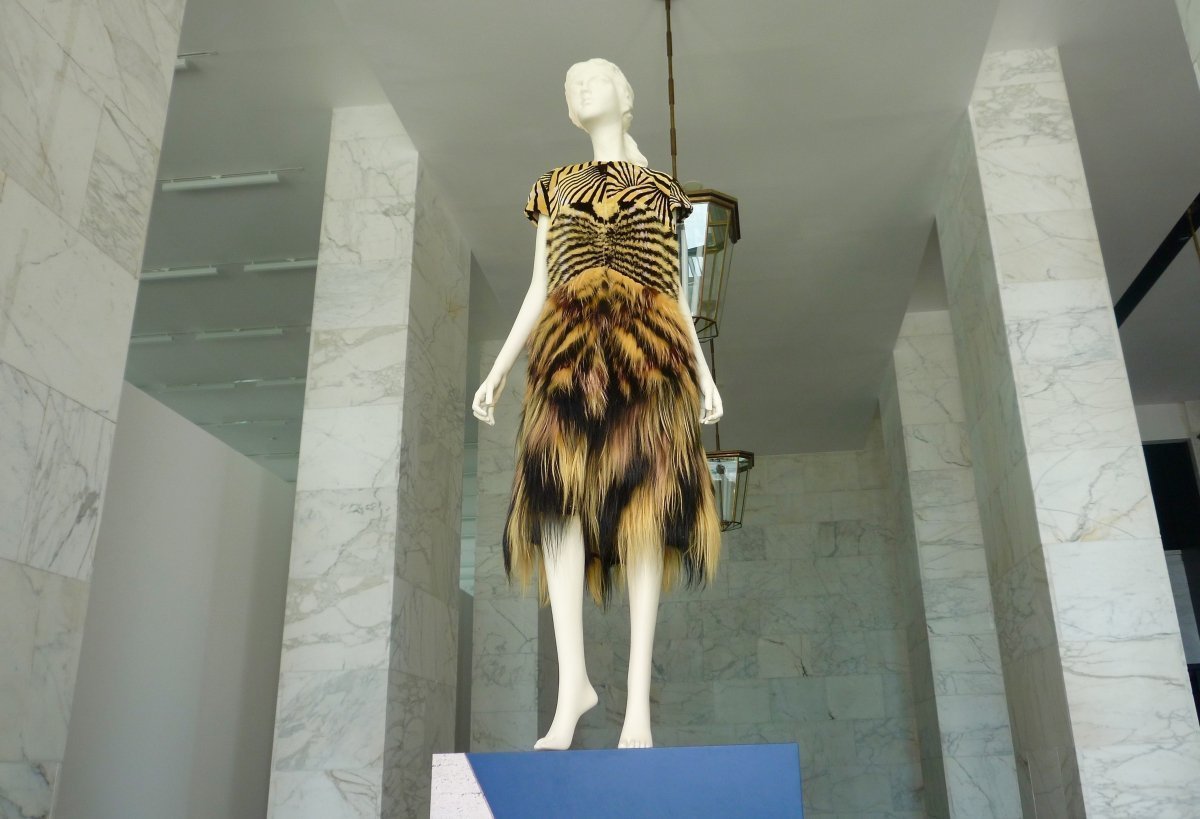 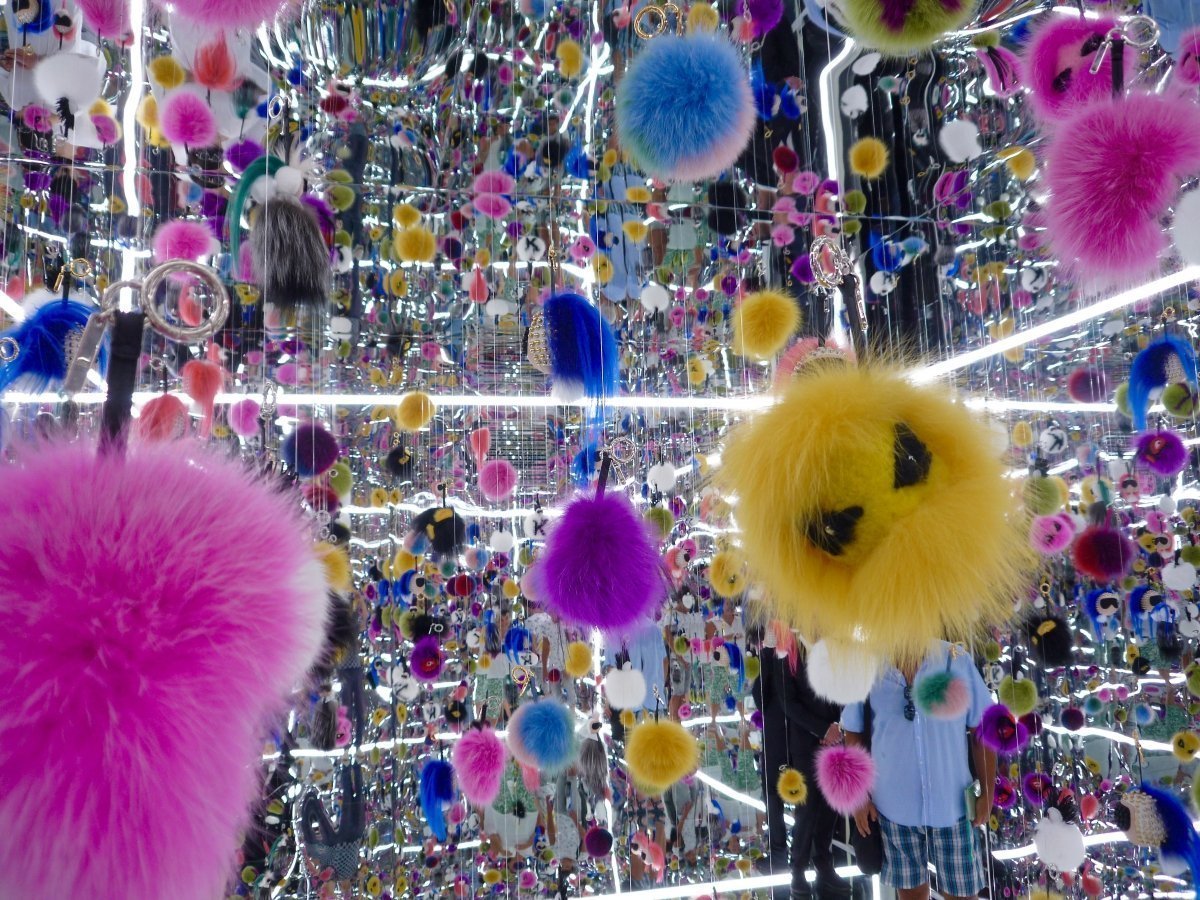 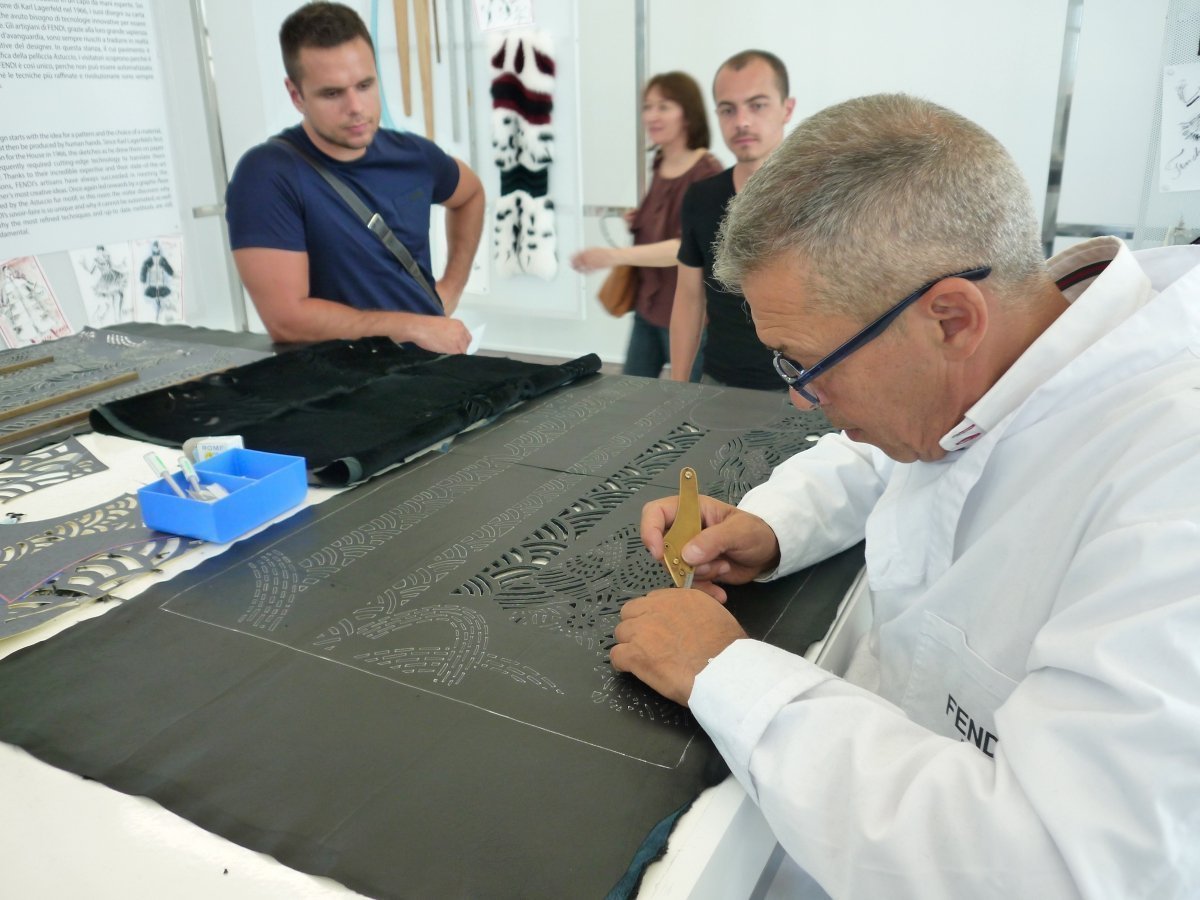 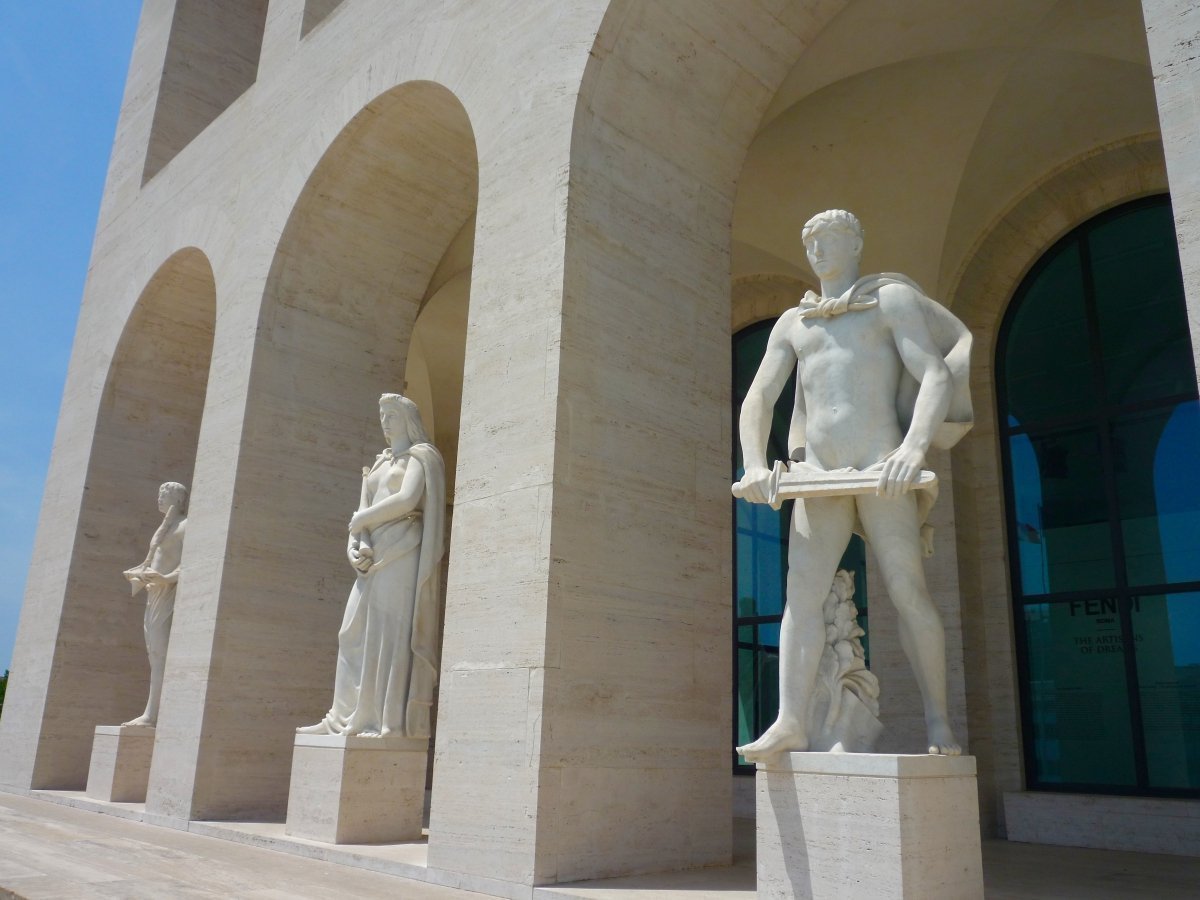 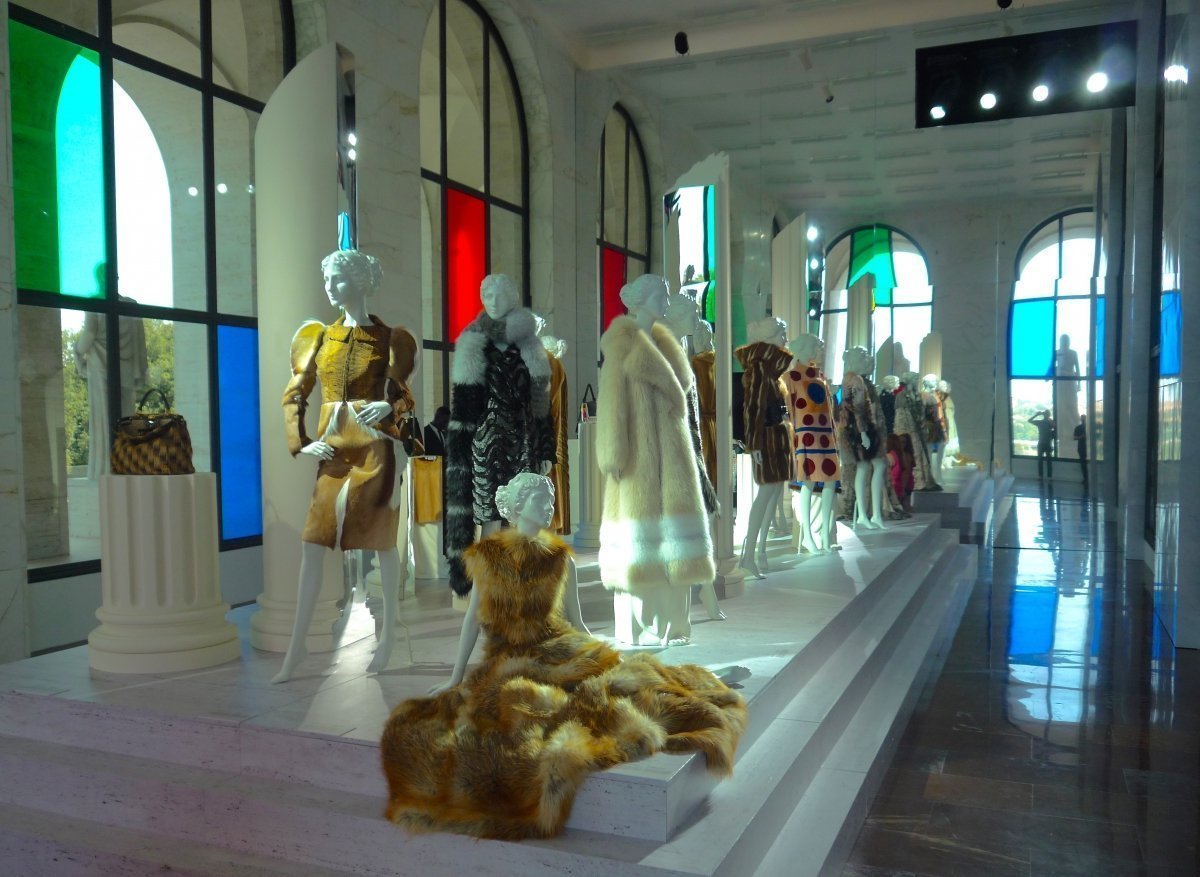 I’ll take any excuse to schlep out to EUR—the chic Roman suburb that began as Mussolini’s vision of a New Rome in the 1930s—and a Fendi fur exhibit is as good a reason as any. As you’ve probably read, Fendi moved their corporate offices from the Palazzo Fendi in the center of Rome, to the Palazzo della Civiltà Italiana (Palace of Labor Civilization), possibly one of the most famous examples of Fascist architecture in Rome.

I’ve been a champion of what is commonly referred to as the “square coliseum” ever since I was taken there, in 2001, by a Colombian Marxist whom I met at the Europa Multiclub gay sauna. This was during a time when the building seemed all but abandoned, and Romans referred to it disparagingly as “the Swiss cheese.” In a 2009 blog post about our visit, I wrote:

“Our visit to EUR (pronounced AY-oor and stands for Esposizione Universale di Roma) was a highly memorable one. I was fascinated by the deserted de Chirico-esque ambience and haunted by the often derelict appearance of much of the area. The kitschy Roman Empire-inspired warrior statues that Il Duce had erected around his ‘square Colosseum’ in the late 1930s were stained with age, their pedestals surrounded by sprouting weeds. The only sign of life was a teen-aged Italian couple tucked away behind one of the statues engaged in a heavy petting session. After enduring hordes of deplorably dressed tourists and cheesy minstrels in bad gladiator costumes at the real Colosseum the day before, Mussolini’s melancholic, ersatz Rome certainly appealed to me.”

With the arrival of LVMH brand Fendi, those melancholic days seem a bit remote now. The Fendi fur overlords have buffed, polished and refurbished, installing the formerly bare-bones interior with a buzzing hive of sprawling offices. 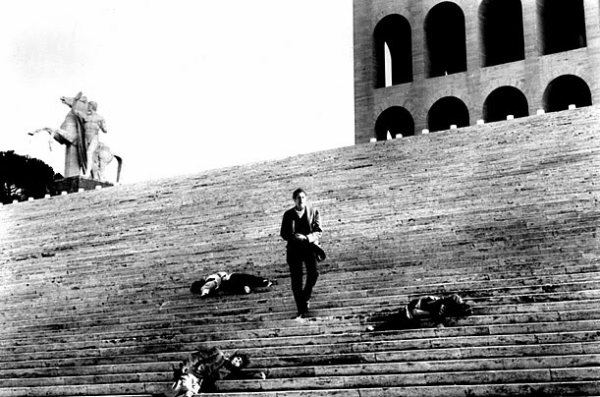 Vincent Price on the steps of the Palazzo della Civiltà Italiana in a scene from the 1964 post-apocalyptic zombie thriller The Last Man On Earth. (Charlton Heston reprised the role for 1971’s The Omega Man.) 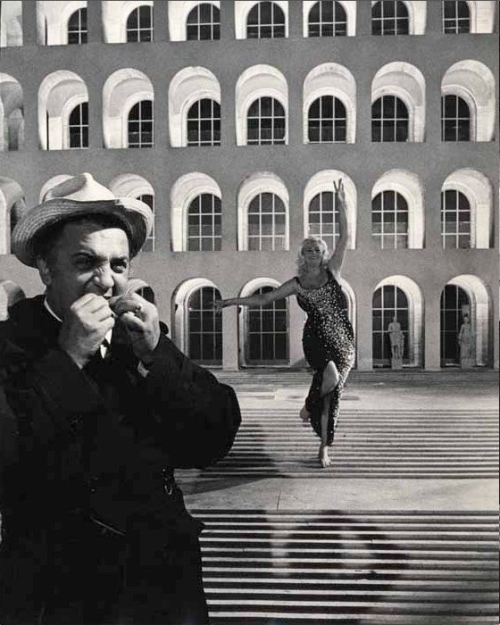 Federico Fellini and Anita Ekberg on the set of a miniature Palazzo della Civiltà Italiana for Fellini’s Boccaccio ’70. 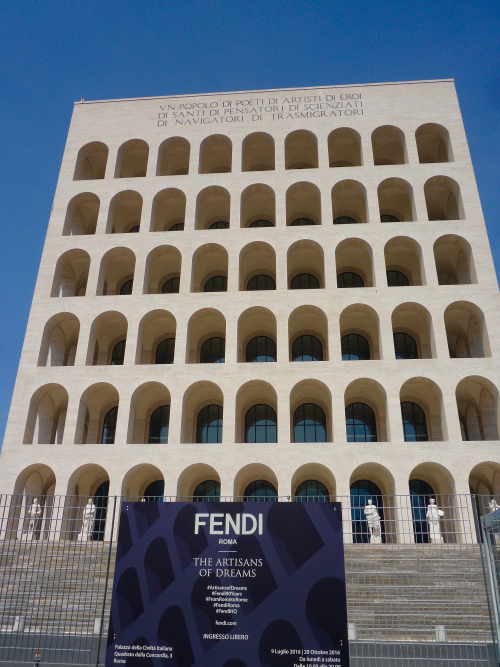 The Palazzo a few weeks ago on the occasion of The Artisans of Dreams exhibit, “conceived to celebrate Fendi’s unique fur craftsmanship and creativity, founding and distinctive elements of the Roman luxury House core values.” 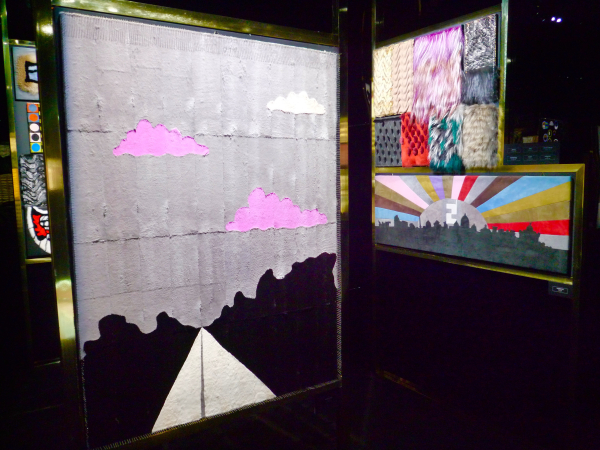 In the show’s “Labyrinth,” a “kaleidoscopic maze of fur tablets, created throughout the years by the Fendi artisans to experiment and research on fur.” The piece on the left is made of weasel fur!

A cuddly Karl Lagerfeld fur doll in the trippy “Obession” room…”a psychedelic furry jungle made of more than 300 Bag Bugs“—a (Cousin) It accessory if I’ve ever seen one. 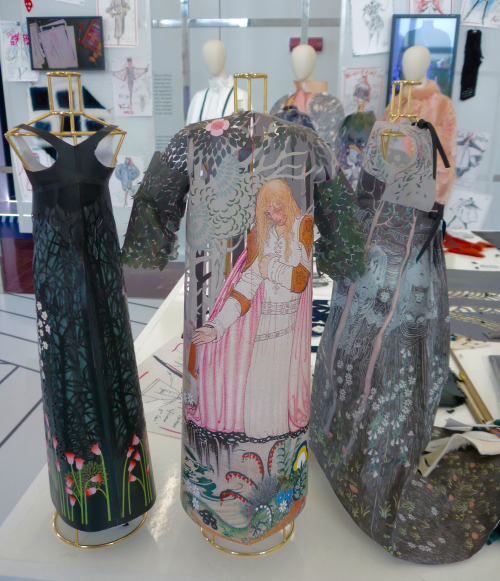 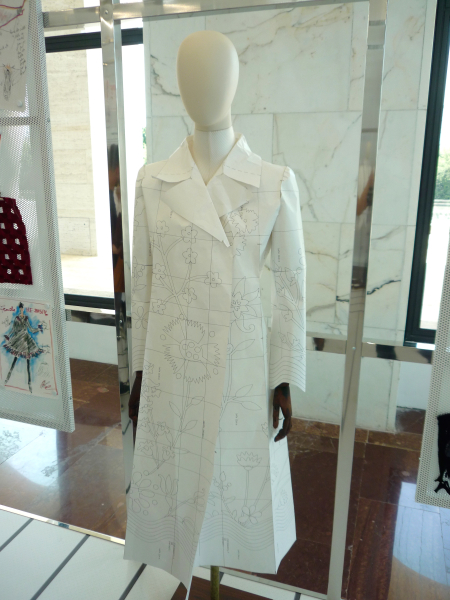 I thought these ladybug-like silhouettes were pretty groovy. A punching bag and a car wash made out of fur?! What will those wacky artisans think of next… I’ve often fantasized about flying to Hawaii during New York winter wearing nothing but a bikini under a mink coat. This just might be the coat for that trip! 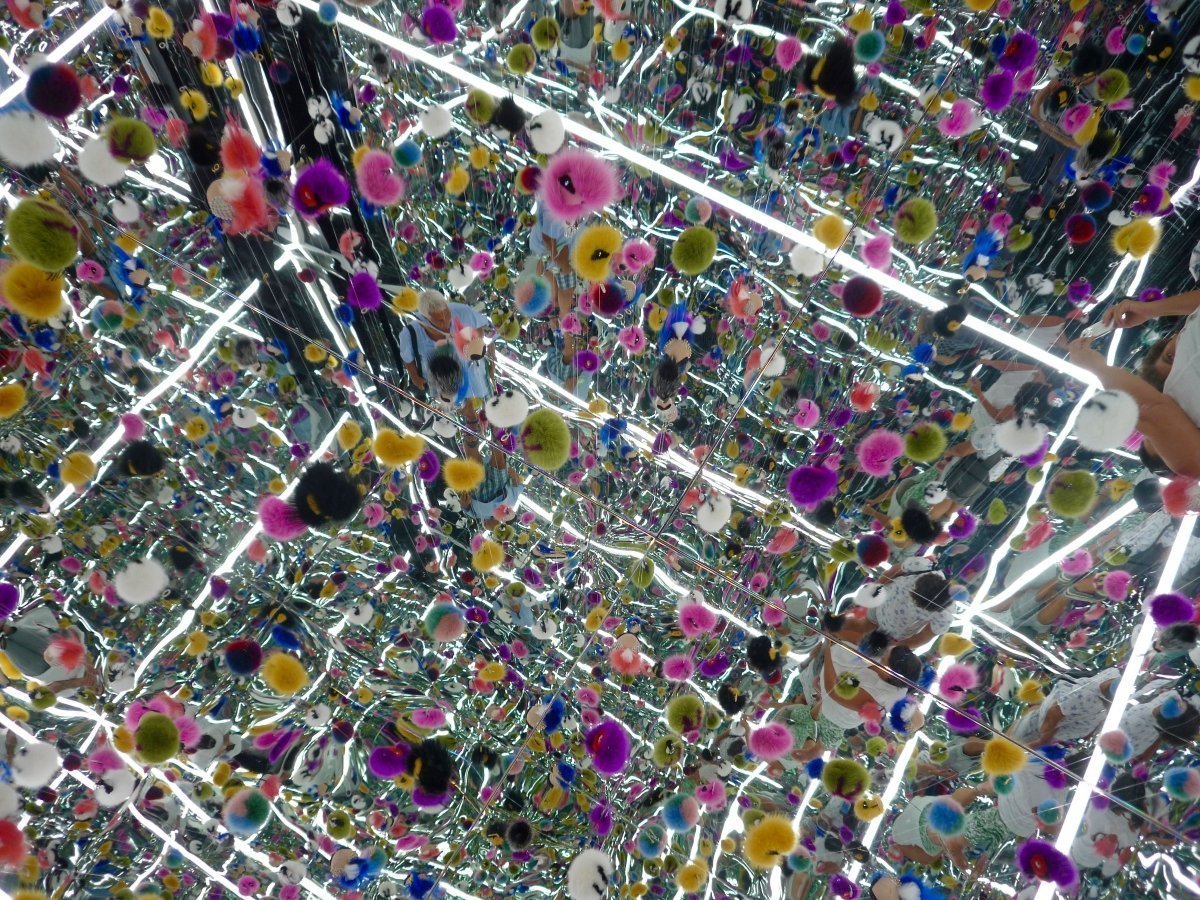 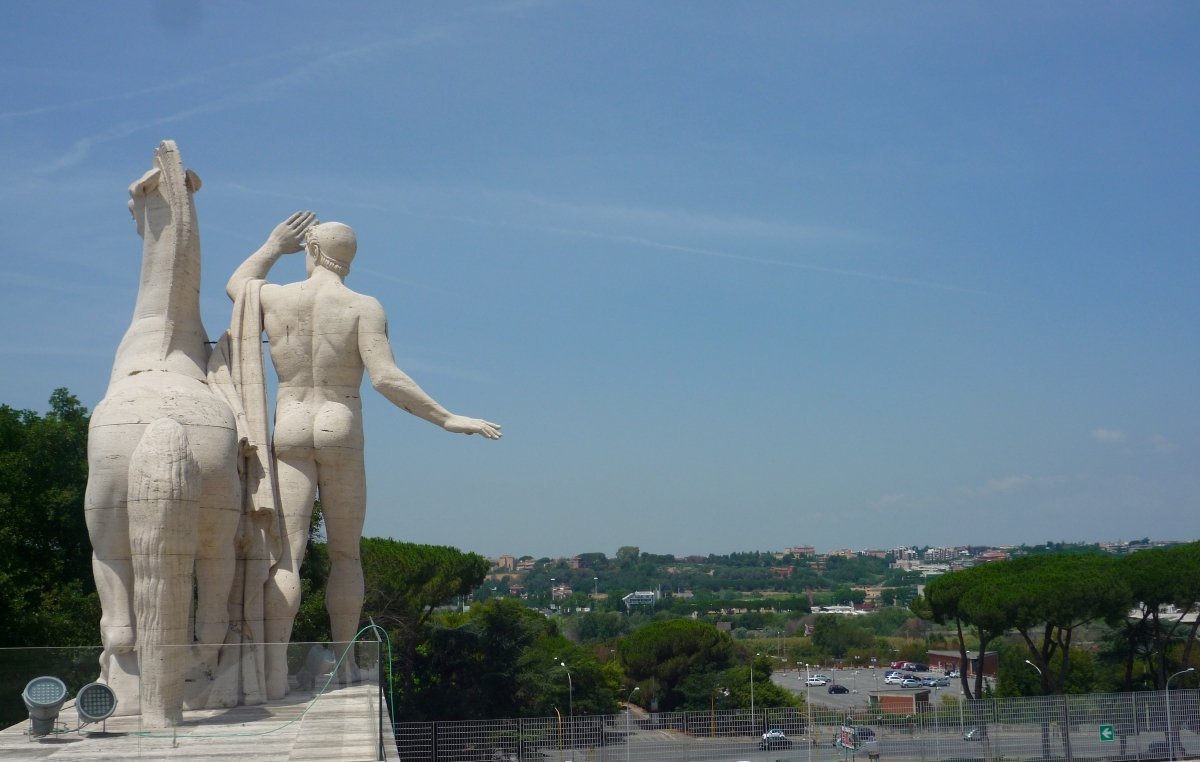