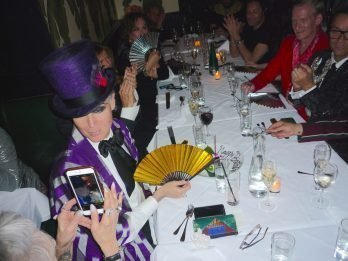 The Western Hemisphere’s most important dandy and my longtime friend Patrick McDonald celebrated his birthday with a cast of fascinating creatures at the perpetually chic Indochine this past Thursday night.

Hopped up on a few glasses of Perrier-Jouët (my absolutely favorite Champagne), the crowd of some of downtown’s most devilish demimondaines jabbered and chattered about everything from the latest fashion-world gossip to our sex lives and “Will Bill Cunningham really show up?” Most of all, we exchanged tall tales about how, when and where we met Patrick and all the glamorous/hilarious times we’ve had with him over the years.

Indochine was the perfect backdrop for these frolics—and not just because the low lighting is extremely flattering for a veteran crowd such as ours. Despite the fact that 90% of bars and restaurants in the East Village are now annoying bourgeois hellholes full of bland, squawking arrivistes, Indochine (which opened 25 years ago) has magically maintained a level of old-school NYC nightclub glamour that attracts a seriously sexy crowd.

And the food….it’s Vietnamese beyond Vietnamese. During this party, an amusing chopstick ballet ensued as downtown legends jockeyed for position to score one of Indochine’s coveted crab cakes. Each of these succulent gems is slightly larger than a Quaalude with an effect that’s ten times more euphoric.

More Champagne was poured and then it was time for the irrepressible Joey Arias to deliver the toast to Patrick. I can’t tell you exactly what he said over the pleasing hum of Roxy Music’s “Love Is the Drug” and the steady chatter of the impossibly beautiful people around us, but I know it involved a few words about how long Joey has known Patrick, NYC in the ’70s, and their days of working at Fiorucci together. And then it was time for the transcendent marinated Chilean sea bass and more effervescent chit-chat. 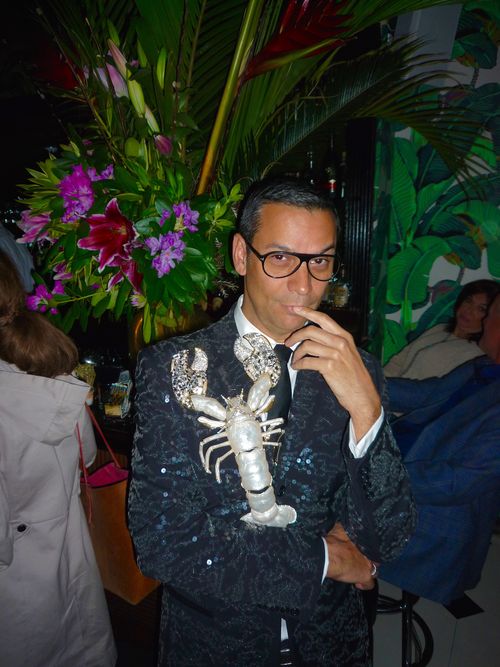 Fashion stylist James Aguilar donned a bedazzled lobster in a cunning homage to Patrick’s 1st birthday: When Patrick and this twin brother Michael turned one-year old, they celebrated on a glamorous cruise aboard the SS United States which had shoved off from Hamburg (the McDonalds were born in Heidelberg, Germany) and sailed to New York. And who else was aboard this 6-day cruise also celebrating his birthday? Why, Salvador Dalí, of course! 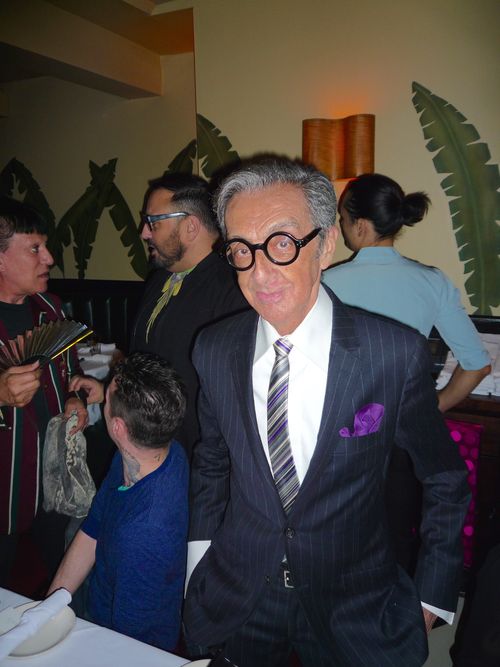 The very charming and dapper illustrator and gentleman Robert Richards. 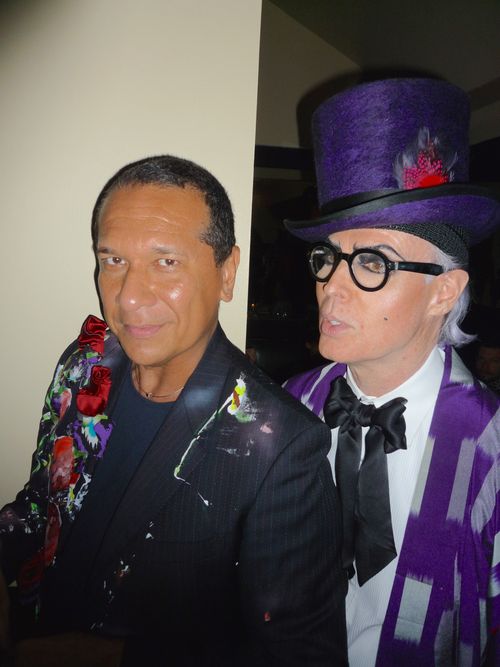 Freak Chic high flyer Gazelle Paulo and the Dandy of the hour. 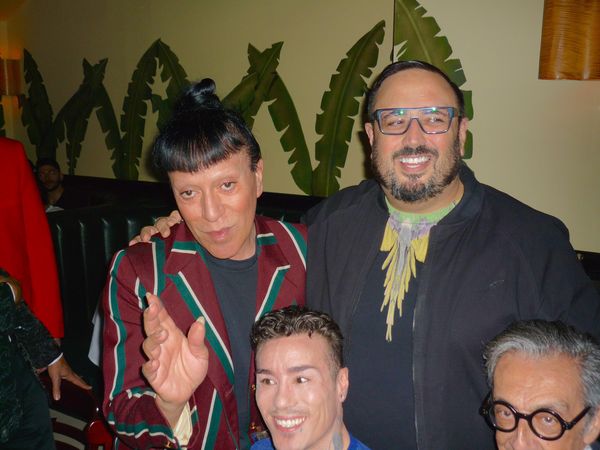 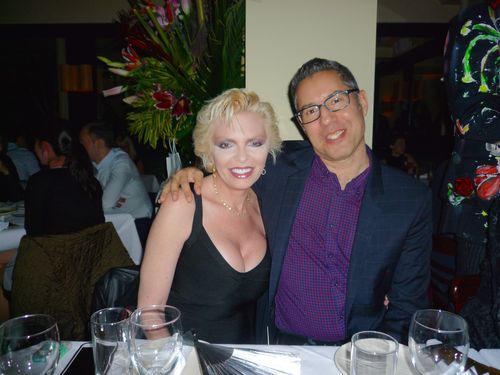 Will Success Spoil Glenn Belverio? The 21st-century’s answer to Jayne Mansfield, Snoogy Brown, and moi. Snoogy, who was quite possibly vaccinated with a phonograph needle, told me her compelling, and entire, life story, with the details about how she and Patrick, more or less, moved to NYC together in the ’70s and hung out at Studio 54. Legendary anecdotes! 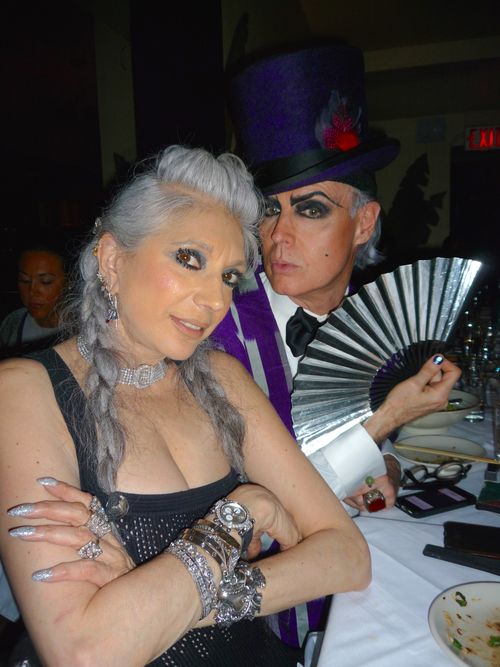 Together again: Lauren Ezersky and Patrick have a long, illustrious history of shaking up the New York fashion world together. 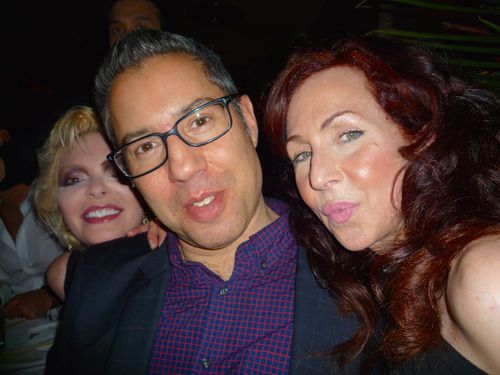 Me and artist Nancy Bacich, photobombed by bombshell Snoogy, of course! 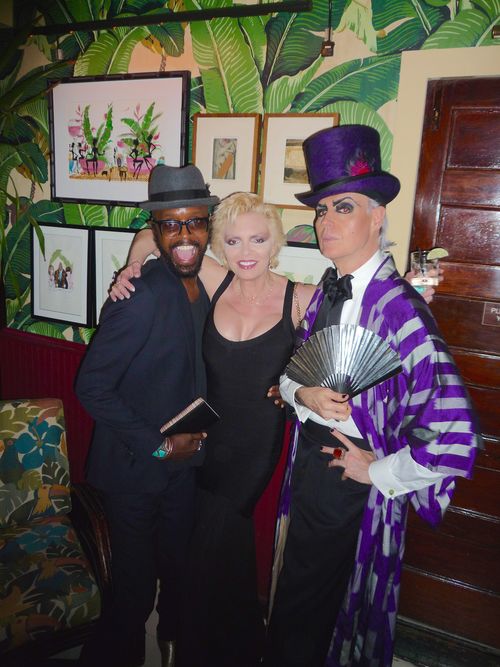