Above: Party Monster redux in the front row.

It’s an old, familiar story: European (or Asian) designer visits New York and is inspired by the garb worn by the Hasidic Jewish men they see in the streets. A few months later, a collection is born. Jean Paul Gaultier did this most infamously back in the early ’90s when he dressed his female models in male Hasidic coats and hats. When he staged a photo shoot of the clothes in the predominantly Hasidic Brooklyn neighborhood of Borough Park, he drew outrage from Jews. (The controversy was of course deliciously chronicled on the front page of the New York Post.)

The latest iteration of Hasidic inspiration (sparked by a photo taken from a New York taxi, to be precise) was presented in Madrid by the design team at 44 for their collection “A New Religion.” This time around, the coats and hats worn by Hasidic men were cross-bred with the postmodern punk creations seen on street tribes in various cities. (Although, to be quite honest, I can’t remember the last time I saw street kids dressing like this, aside from the throwback club kids in the front row of this show. I guess I’m hanging out in the wrong cocktail lounges. Also, po-mo street punks can’t afford to live in NYC anymore, so I wouldn’t see them here.)

44’s imaginary street gang is all about mixing clothing associated with the Jewish faith with fetish details (red latex gloves and Vivienne Westwood Seditionaries nostalgia) and skinhead footwear (Dr. Martens). The whole schmear managed to come off as both ill-advised and compelling. This gang definitely would have been an interesting addition to The Warriors, the 1979 film about eccentrically dressed tribes battling it out on the streets of Coney Island. 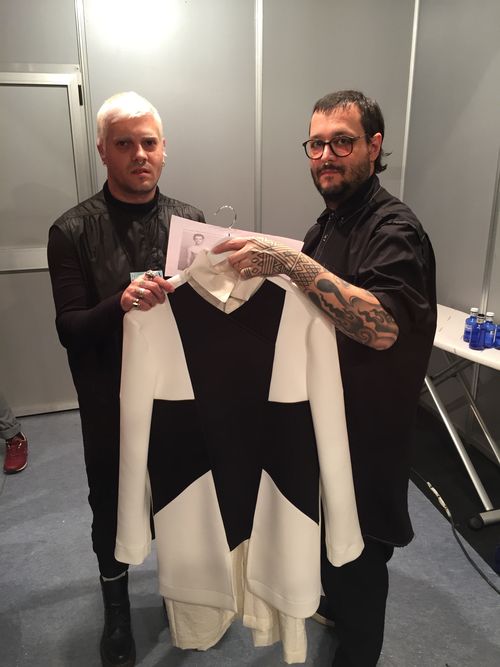 I met the designers, Franx de Cristal and Xavi Garcia, backstage the day before their show. 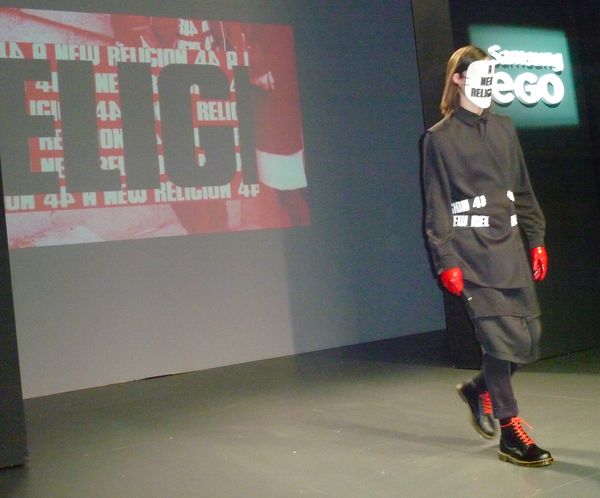 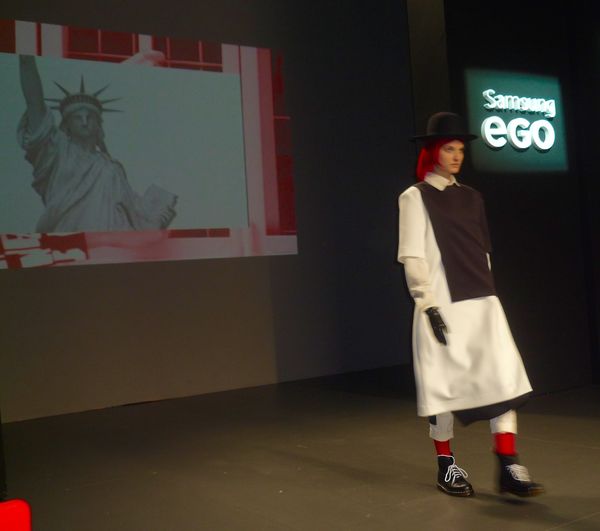 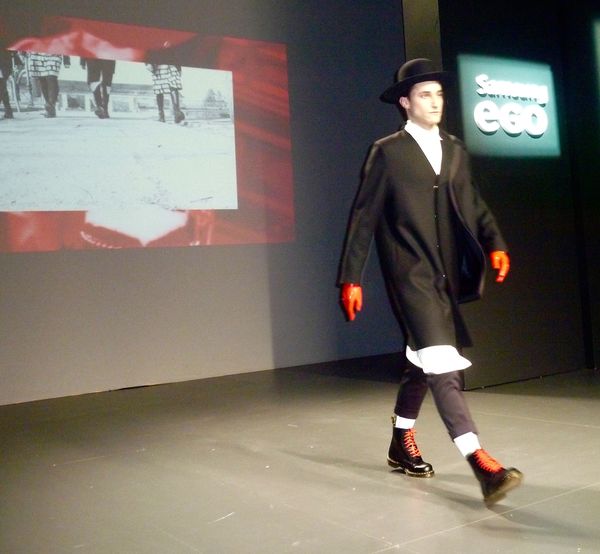 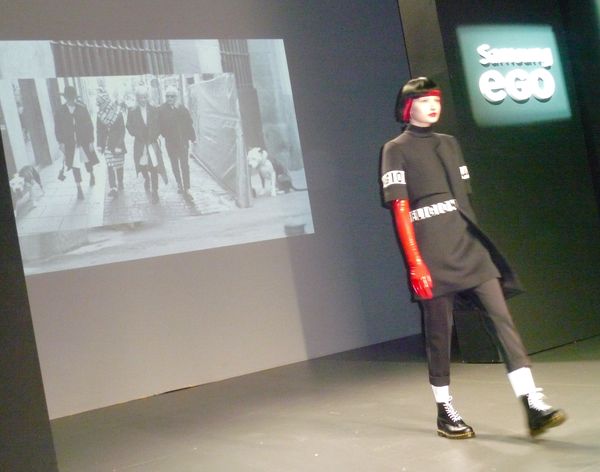 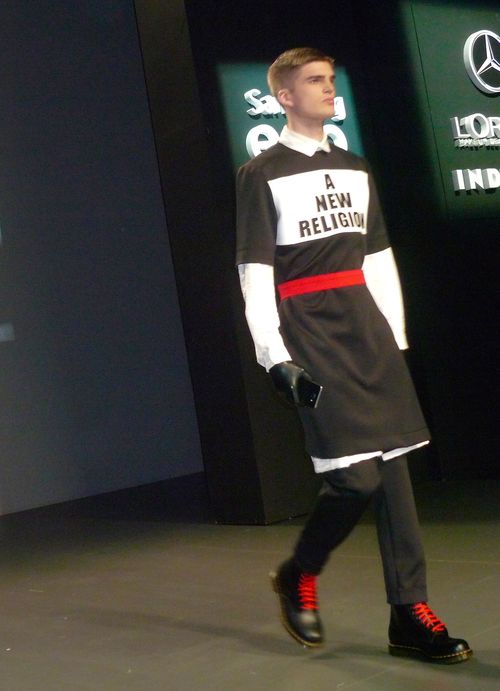 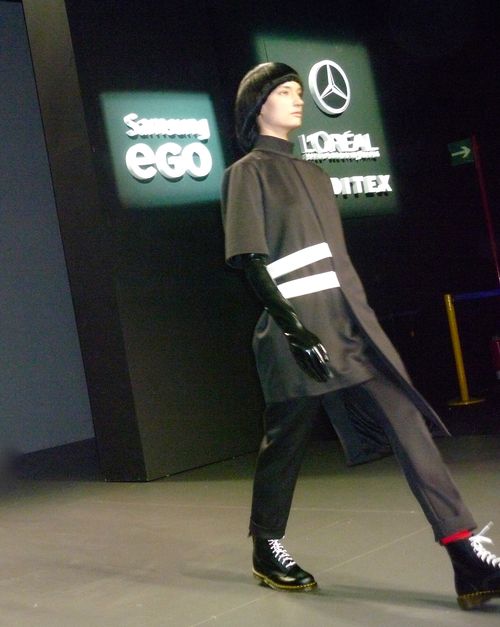 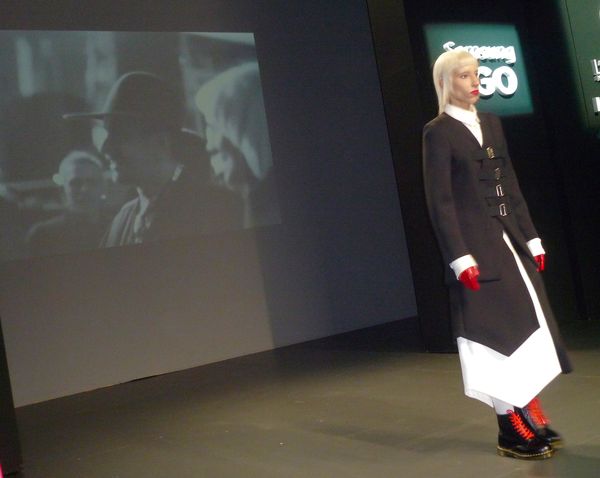 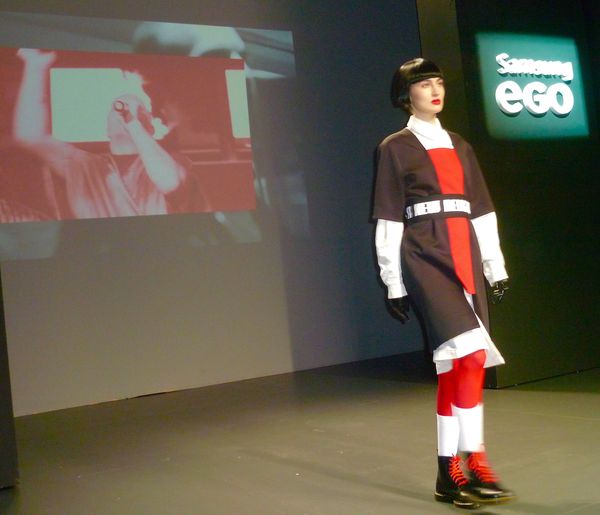 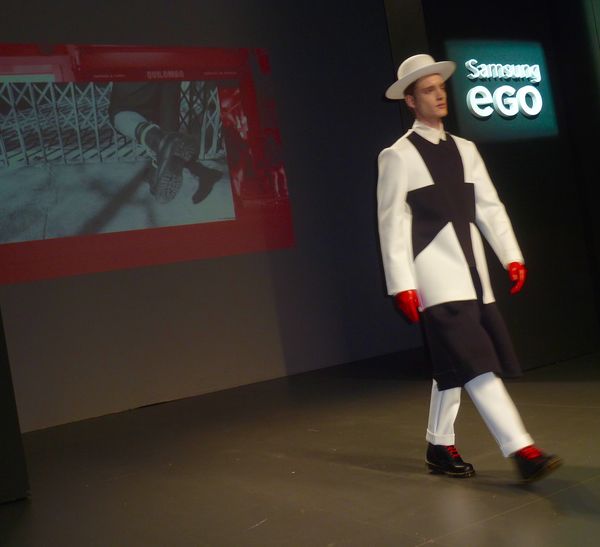