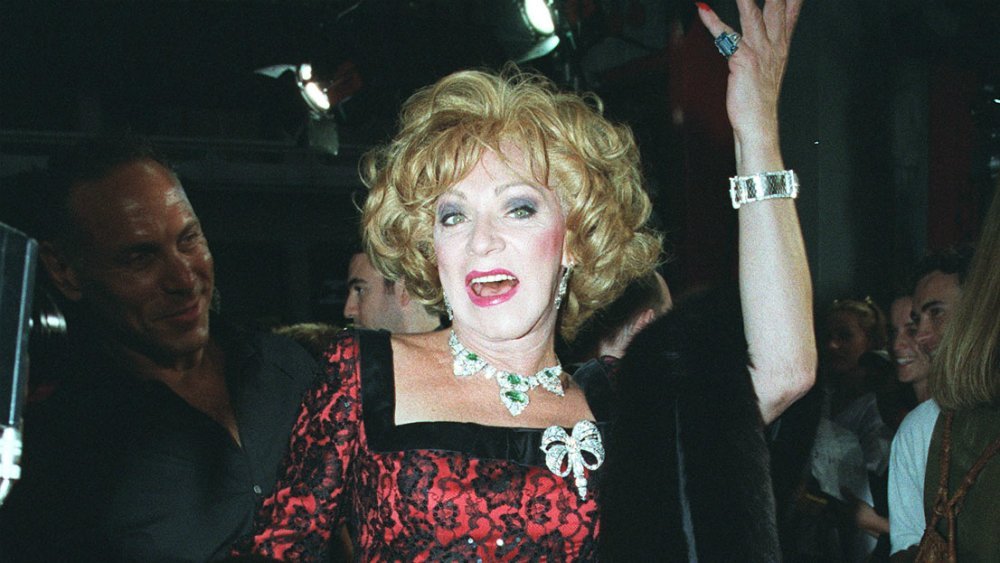 For those of us who are not that old and—let’s face it—not that young, late ‘80s and early ‘90s New York was a great place for discovering and learning about underground history, particularly Warhol Factory history. It was pre-internet, so when you went to a Warhol film festival, or a reading (I saw Ultra Violet read at King Tut’s Wah-Wah Hut in 1989), or found a used book about Nico at East Village Books (The End is one of my favorites), it felt like a small yet rewarding accomplishment as opposed to today’s lazy button-pushing. Hitting the jackpot would be having an impromptu drink with Taylor Meade at Beige or The Bar, or seeing the great Holly Woodlawn perform.

It wasn’t until a few years ago that I saw Holly’s live show, but seeing her films for the first time had a profound effect on me. Exactly 20 years ago this month, my friend and fellow Warholite Robert Young (who left this world 10 years ago) and I attended every single screening of the Paul Morrissey retrospective at Film Forum. (I had just begun working as an assistant fashion stylist for Paul’s niece, Marisa, so I was lucky enough to get invited to some of the festival parties, as well as Paul’s Christmas party at his apartment the following year.)

Holly’s performance in Trash, her debut, made a huge impression on me. She is at once hilarious and terrifying; a down-and-out goddess, gritty, glamorous and compelling. Not only was it an Oscar-worthy performance (in point of fact, the great George Cukor petitioned the Academy of Motion Pictures to nominate her for Best Actress in a Leading Role), but her character offered a wealth of life lessons for drag queens (and creative freaks in general) the world over. We learned, for example, that even if your welfare benefits are at stake, never barter with your favorite pair of shoes—because there’s a good chance you’ll never find another pair as fierce as the ones you already have. (I’ve posted the clip above.) Holly also offers some valuable advice on how to pick up young, impressionable boys and how to fake a pregnancy.

“Trash had everything. It had drama, sex, comedy, tragedy . . . it even had a musical number!” wrote Holly in her brilliant memoir, Low Life in High Heels. “It was, in my mind, a parody of the old Hollywood movies. In the early days of filmmaking, stars didn’t swear, they didn’t screw, they didn’t even take a piss. What a bunch of Pollyannas! Paul broke those conventions and took his films to the opposite extreme, to the point that the characters were downright decadent. But no matter how low Paul’s characters sank, you could empathize with them and care about them.”

Paul’s film Women in Revolt was a huge influence on the work I was already doing as a drag queen performance artist, particularly the videos I was making with Bruce LaBruce. Holly’s bitchy account of her co-stars in her autobiography is hilarious:

“[Candy Darling] was aloof and arrogant and would show up on the set with her manager at her side constantly fussing over her. Miss Darling had caught a severe case of Norma Desmonditis. She actually believed she was superior and the rest of us were peasants. It made me sick to be around her. Ironically, her role was that of a rich bitch who aspires to be a Hollywood star.”

And Holly had this to say about Candy’s manager: “It was one thing to have to put up with Miss Darling, but I was not going to be subjected to some fleabag housewife from Queens who thought she was Swifty Lazar!”

Perhaps one of the most hilarious passages in the book is Holly’s account of Andy Warhol’s funeral at Saint Patrick’s Cathedral:

“The service got underway with Yoko Ono reading the eulogy. Why Yoko I’ll never know, because Andy never liked her in the first place. Well, maybe her publicist arranged it. Anyhow, as she read on, I heard sniffles coming from a woman behind me. I thought the poor dear had been touched by Yoko’s words, but as I turned to offer my hankie, I noticed this broad wasn’t crying at all. She was snorting cocaine out of her powder compact! It was Warholesque right to the very end.”

“Yes, I lived. And I was going to keep on living!” Holly wrote. “I’ll crawl out of any hole to see the light! After all, I was Miss Donut of Amsterdam, a near-nominee for an Oscar, and the heiress to the Woodlawn Cemetery, darling. It’s difficult to keep that kind of person down.”

Now Holly has ascended to a better place. Thank you for the laughs, the endless inspiration, the makeup, the madcap mania and the memories, dear Superstar. Rest in peace.