1. Me and Patick McDonald in front of Louis Renzoni’s Irreconcilable Differences, 2015, oil on two canvas panels, 60″ x 103″ 2. Patrick and Dorian Grey’s Molua Muldown in front of Louis Renzoni’s I Spy, 2015 3. Susanne Sachsse in front of a still from Bruce LaBruce’s Raspberry Reich 4. Susanne and a still of her silent-movie actress character from LaBruce’s Otto, or, Up With Dead People 5. Susanne and Vaginal Davis onstage at the Goethe-Institut 5. Still from LaBruce’s Raspberry Reich starring Susanne Sachsse

It was a busy Tuesday night in Manhattan and really, there should have been a ticker-tape parade to welcome Patrick McDonald (back for good) and Vaginal Davis and Susanne Sachsse (in NYC for an entire month).

The Dorian Grey Gallery in the East Village held a welcome-back party for Patrick, NYC’s most important dandy. Patrick was living on the west coast for over a year (you can read my story on his and his brother’s shop in Palm Springs here) but couldn’t stay away from this wonderful, horrible city. 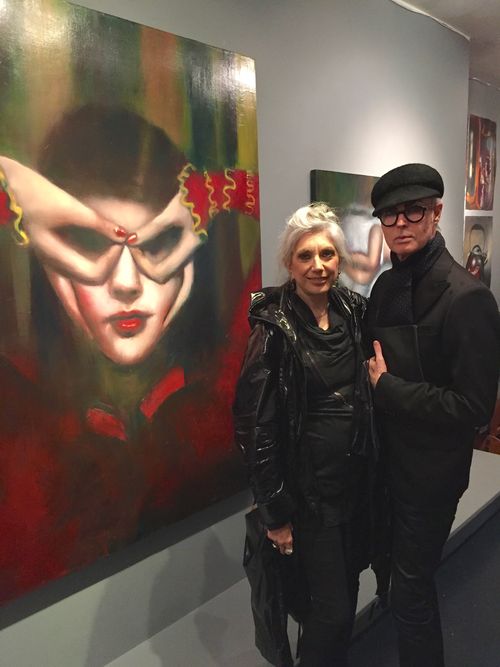 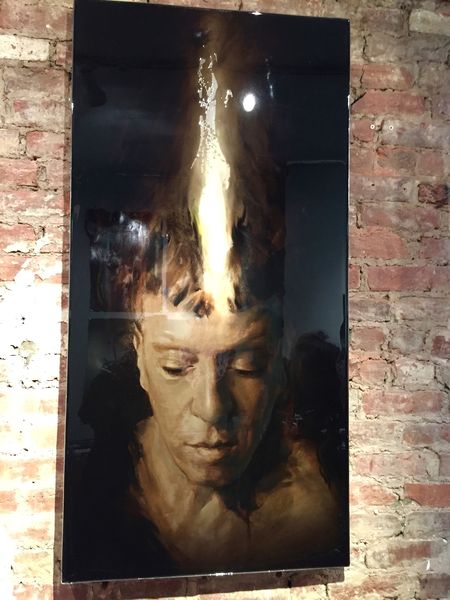 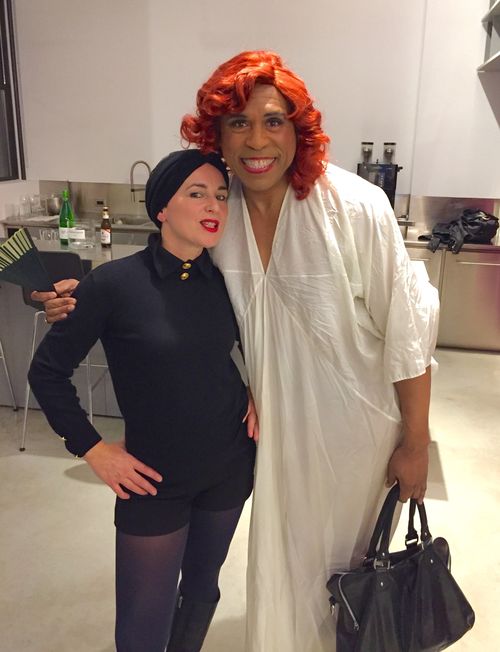 Susanne Sachsse and Vaginal Davis before their lecture at the Goethe-Institut New York. Vag’s gorgeously ethereal dress was designed by Rick Owens. 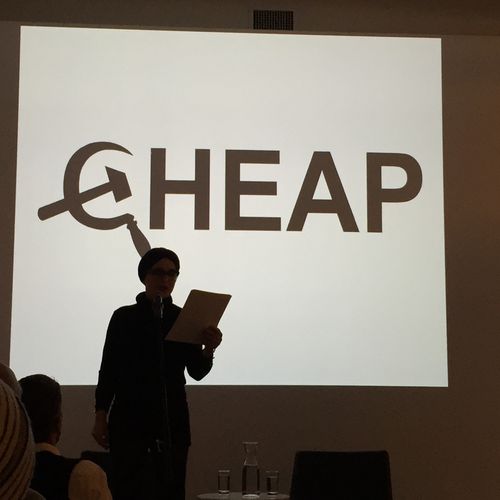 Susanne, who grew up in the German Democratic Republic aka East Germany, gave a very compelling talk about being an artist and performer in the days before German Reunification, and after. She showed clips from some of her film and theater work. Vaginal Davis joined her onstage and they talked about how they met when Vag was living in Los Angeles and how Vag ended up moving to Berlin where her performance career blossomed.

“In conversation with Berlin-based artist Vaginal Davis, directress and actress Susanne Sachsse talks about her experiences in queer film and performance and her East German background. Rethinking female agency on stage and screen, Sachsse presents her collaborations with stage directors such as Einar Schleef and Vegard Vinge, as well as queer performers, including Vaginal Davis, Ronald Tavel, and Bruce LaBruce.

The evening event at the Goethe-Institut takes place in conjunction with the performance of a radical reinterpretation of Wolfgang Amadeus Mozart’s The Magic Flute by Sachsse and Davis in a unique collaboration with composer Jamie Stewart, lighting designer Jackie Shemesh, musicologist Roger Grant, filmmaker Michel Auder, and Jonathan Berger and Jesse Bransford from NYU’s Steinhardt School of Culture, Education, and Human Development. The acclaimed group of international artists will be in residence at the 80WSE Gallery throughout the fall.

The Magic Flute is an installation and critical transformation of Mozart’s celebrated 1791 musical drama. Reimagining and disordering the narrative of the opera, the installation amplifies the subversive alternatives to humanism already quietly suggested in Mozart’s music and Schikaneder’s libretto. Staging an interrogation of the fragile boundary between humanity and mechanization, it elaborates a set of inquiries begun in the eighteenth century about human life and its others. The Magic Flute will have free public performances December 1st to 5th at 80WSE. On December 6th and 7th, the performances will be closed to the public, allowing them to function as the subject of a film shoot directed by Michel Auder.”

I am VERY excited about seeing The Magic Flute next month! 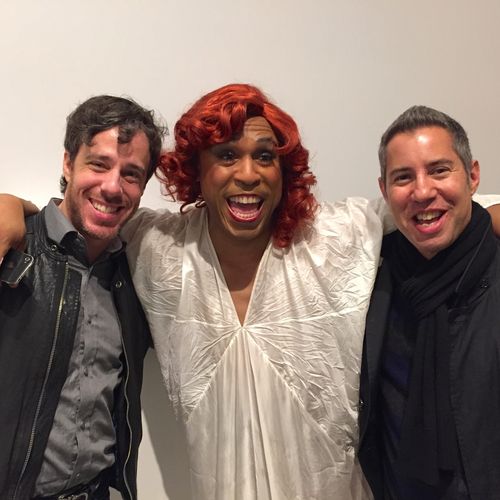 Mark Morgan Perez, Vag and I.