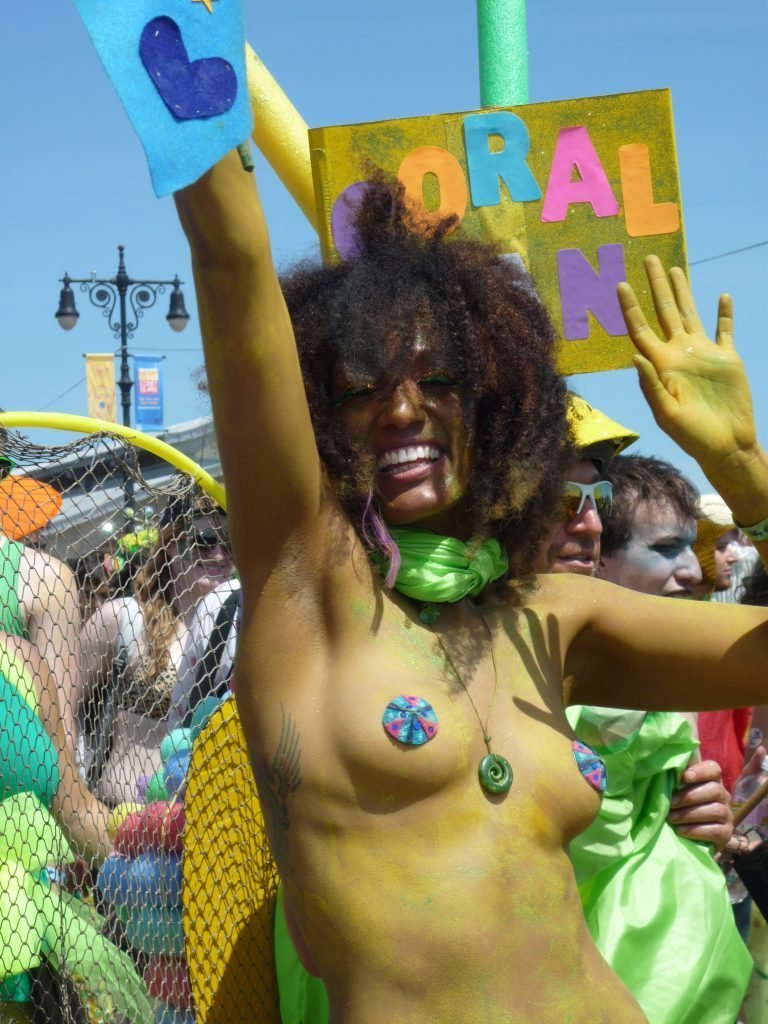 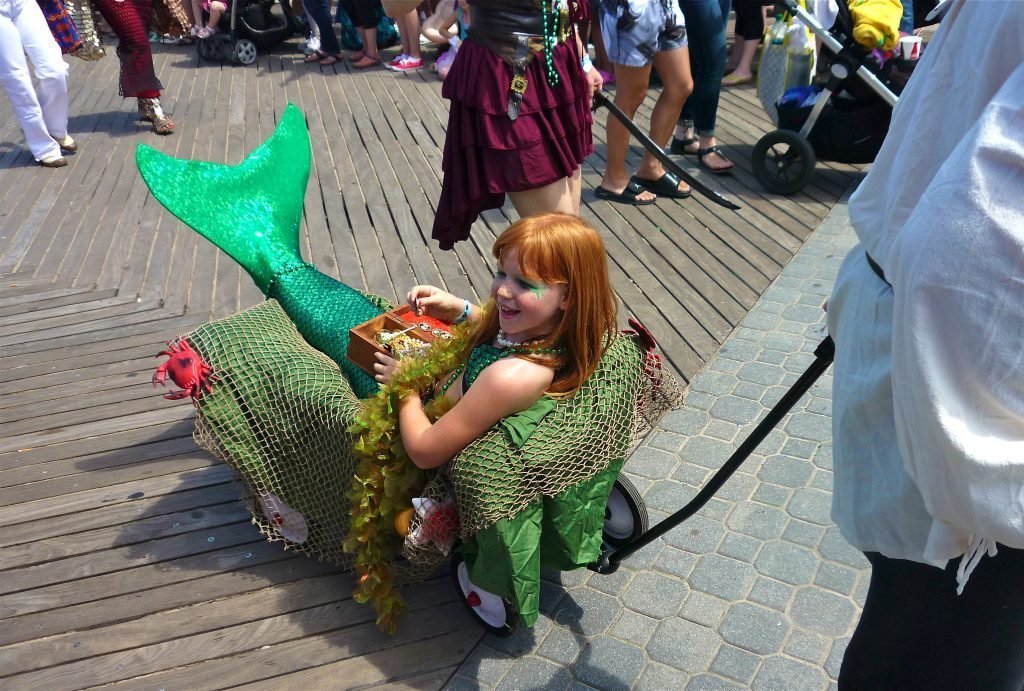 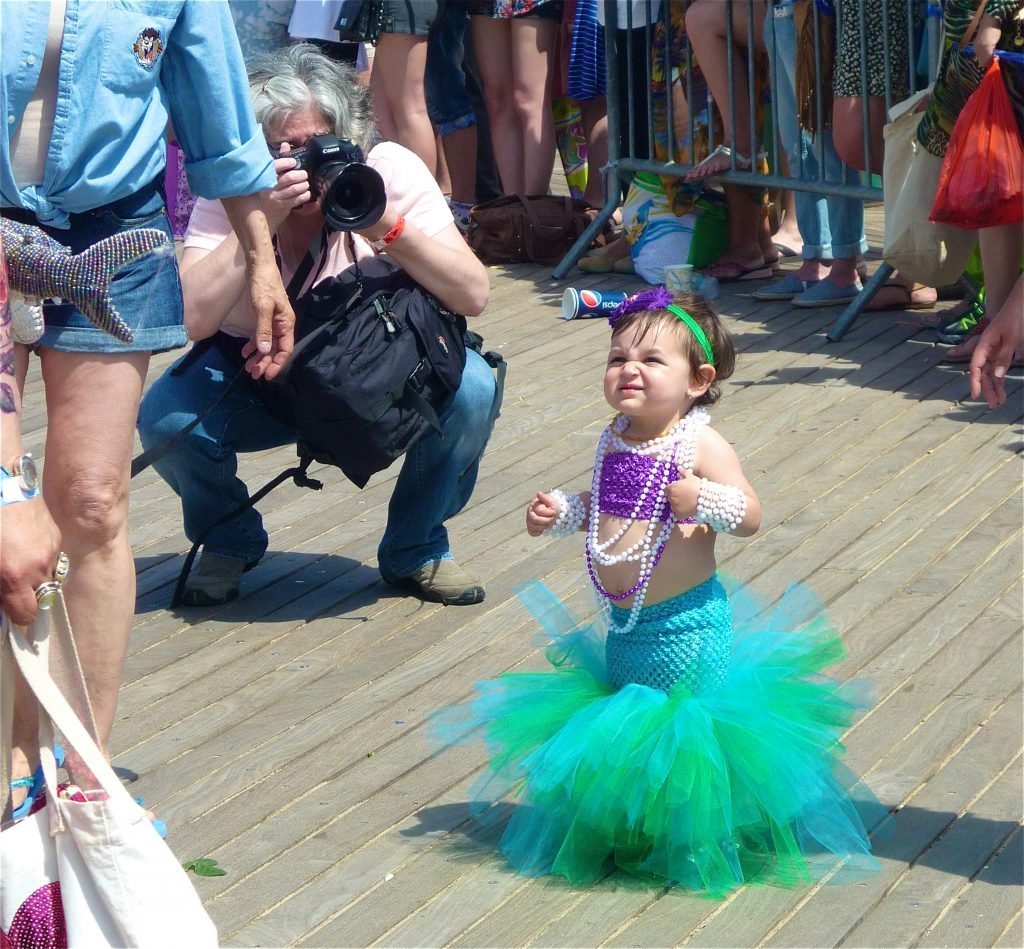 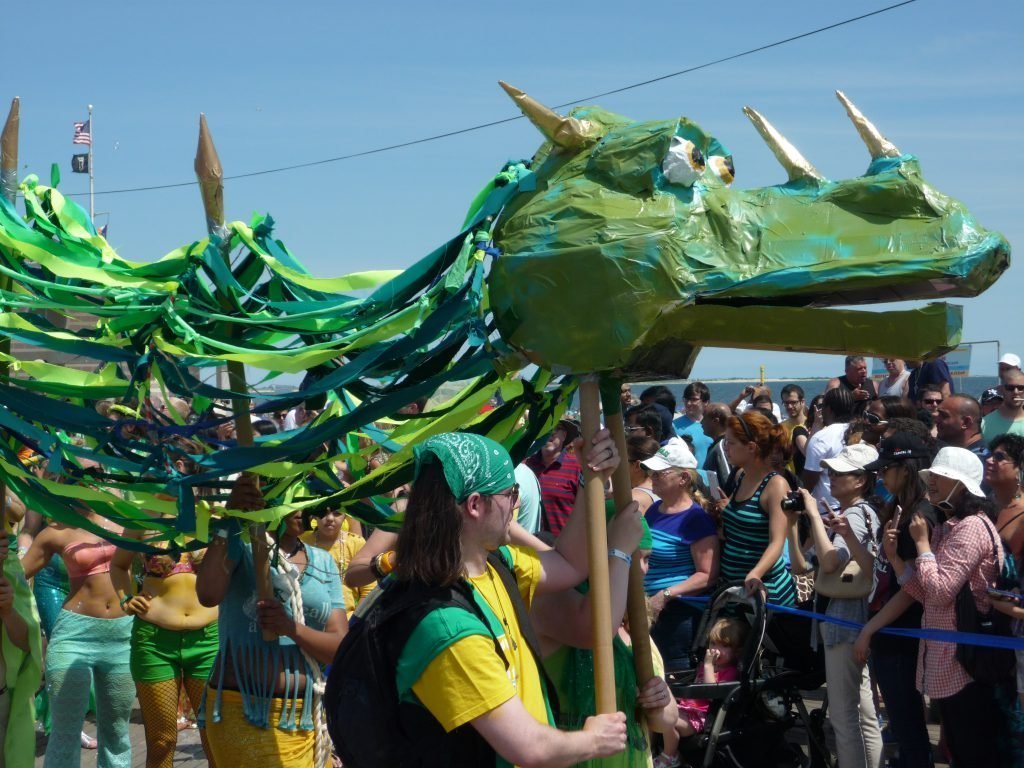 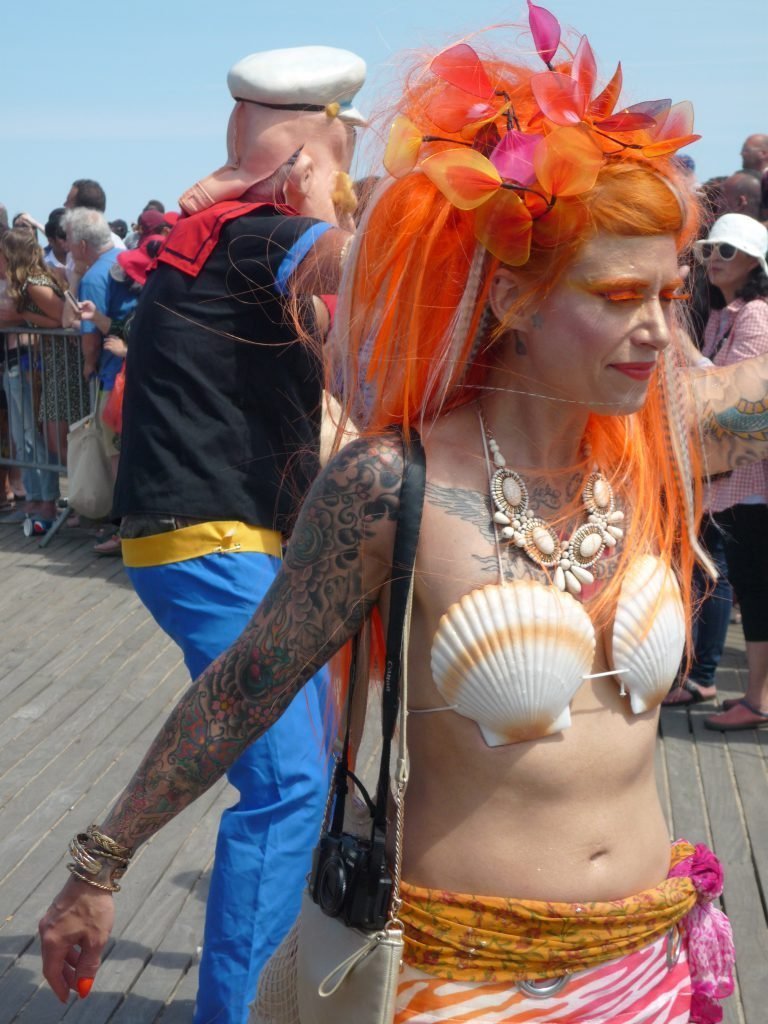 We welcomed pagan summer with the solstice ritual held annually in Coney Island, the Mermaid Parade. The Goddesses of the Sea blessed us with stunningly gorgeous weather–dry, breezy, brilliant. 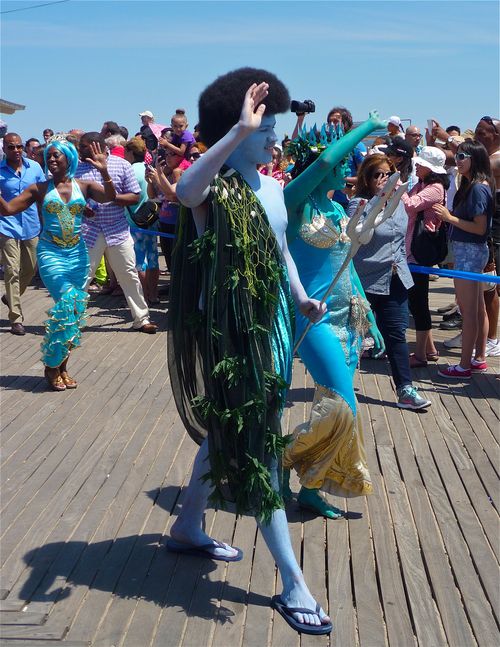 It was quite a surprise to see who was chosen to be King Neptune and Queen Mermaid this year: Dante and Chiara de Blasio, the radical-chic kids of our new pinko mayor, Bill de Blasio. (This is coming from a fellow pinko.) Look at Dante working his signature afro and seaweed toga. Groovy! 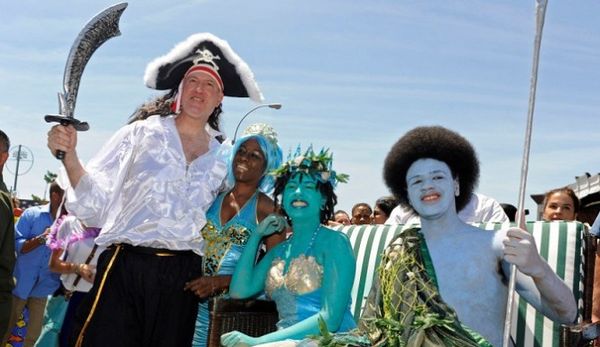 Deliberately courting controversy, Daddy de Blasio aka Mayor Bill de Blasio cheekily donned a pirate costume and joined his family in the seaside frolics. Quite historical in that he was the first NYC mayor to ever march in the Mermaid Parade! Viva de Blasio!

Predictably, the right-wing gutter snipes of the New York Post put the seafaring de Blasios on the cover with an accompanying article riddled with specious potshots:

‘He told taxpayers to walk the plank — and now he’s dressing the part.

Clutching a sword and sporting a skull-and-crossbones cap, Buccaneer Bill channeled his inner booty bandit as he marched alongside his family of blue-painted scallywags at the annual parade.

“You could call it a pirate theory. It’s finding a way to reach into the pockets of people who have worked hard and done well for themselves,” said Mike Long, chairman of the Conservative Party of New York State.

“His city budget increased by 5 billion — ultimately, someone will have to pay for that.”

Uhm, actually the paradegoers LOVED him. It was the Republican squares who were home watching Fox News that feared the swashbuckling socialist. 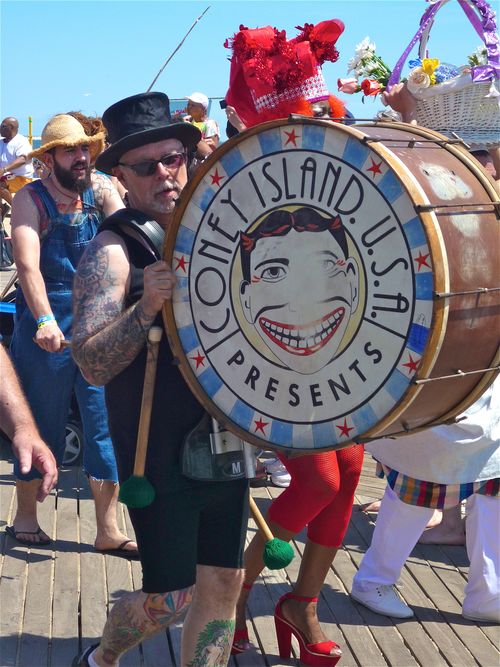 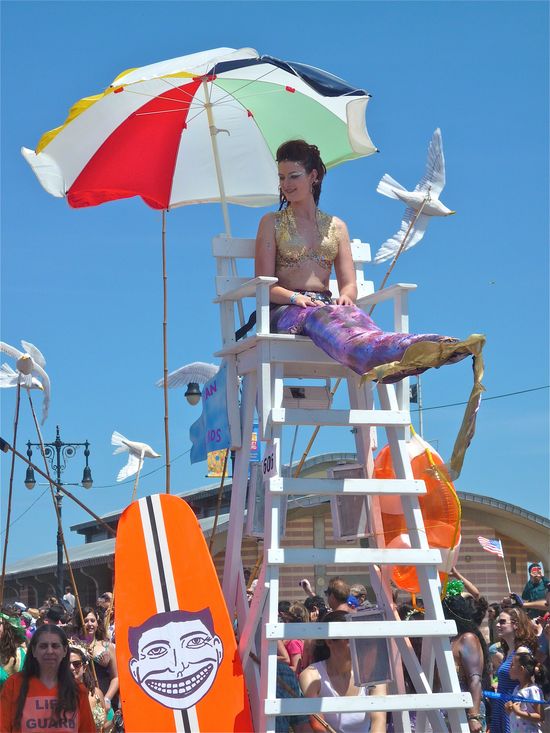 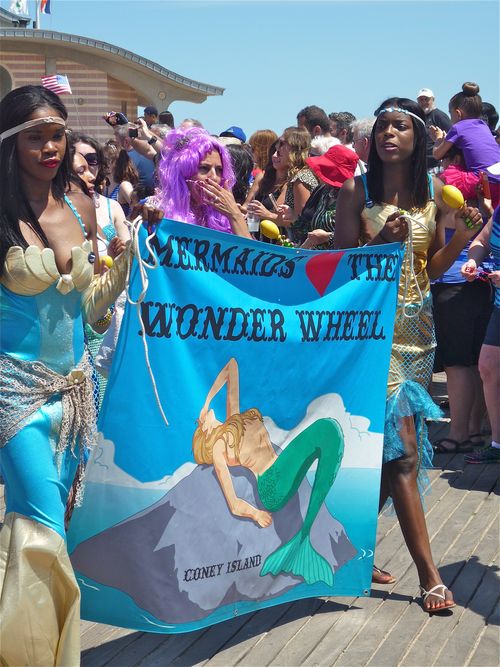 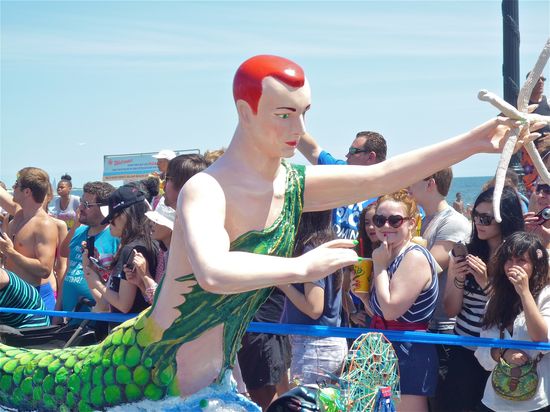 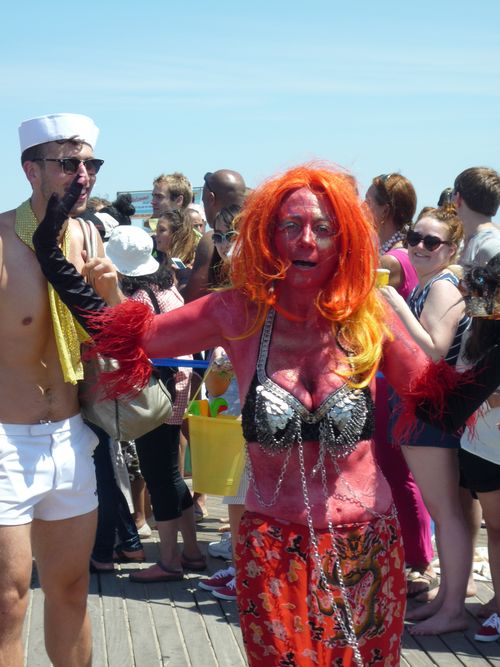 I never watch any of those HOUSEWIVES OF… shows but if I did, I imagine this is what my nightmares would look like. 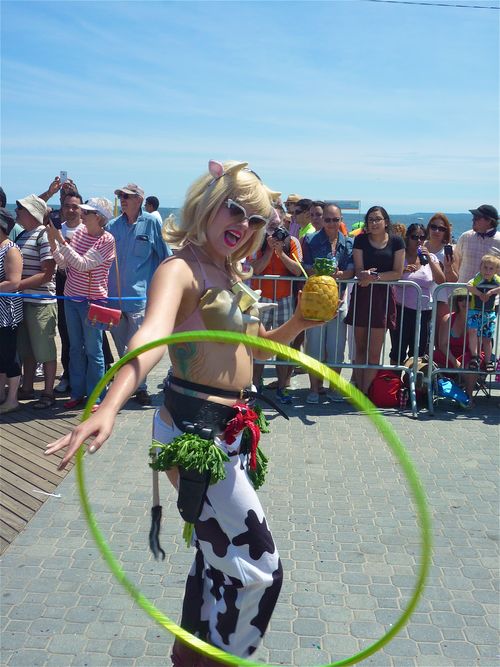 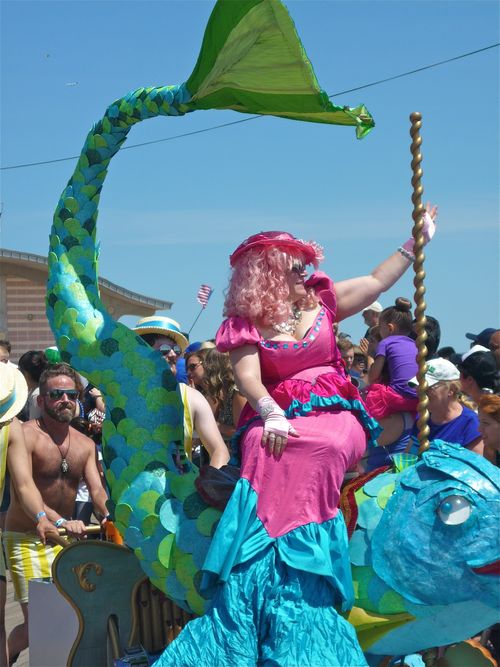 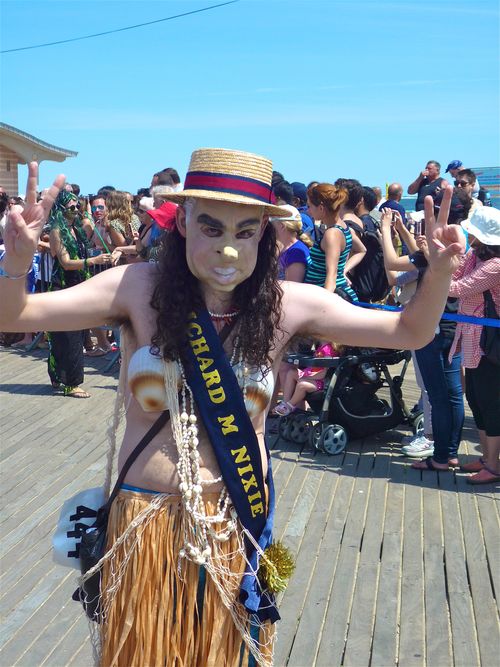 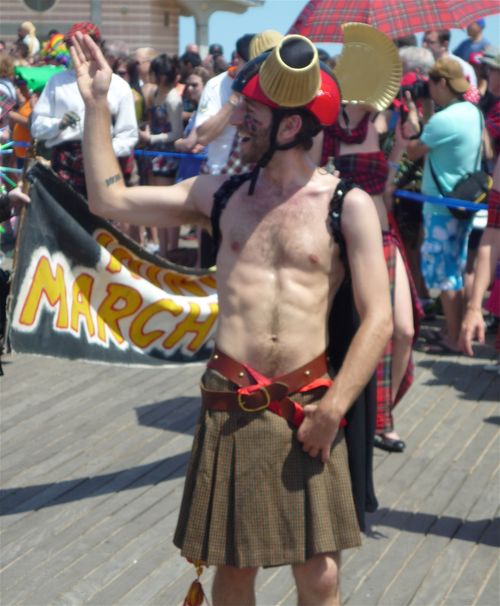 The calvacade of lovely lady tits was occasionally interrupted by a dollop of man candy. 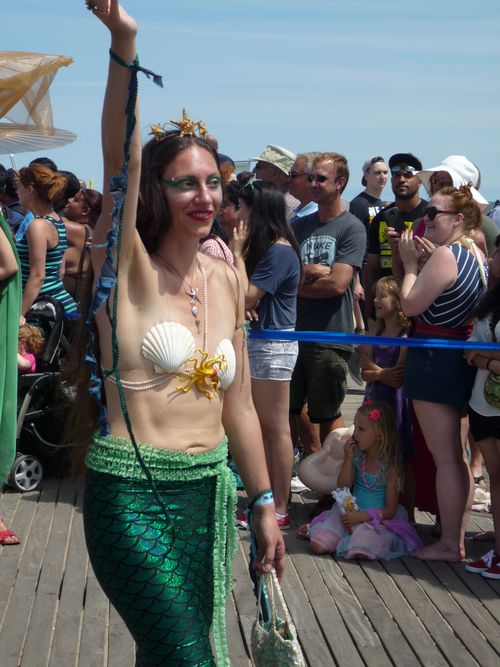 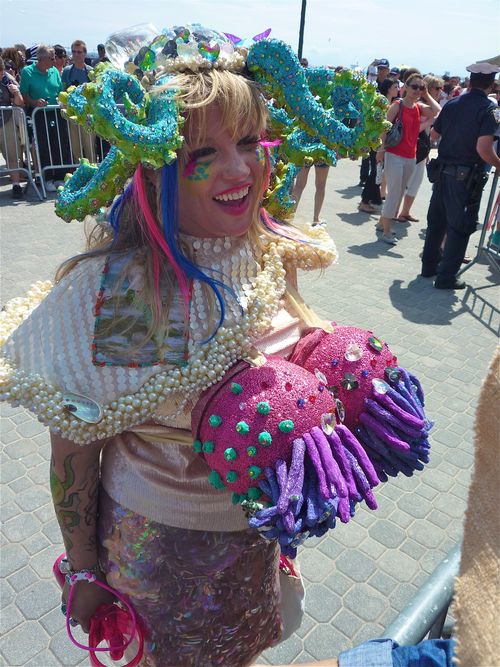 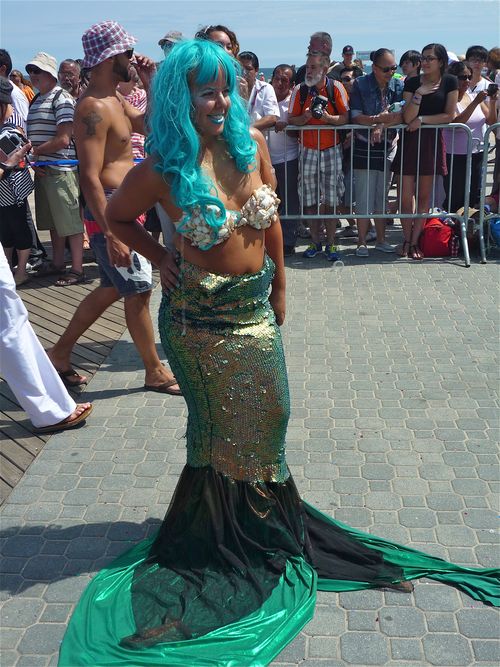 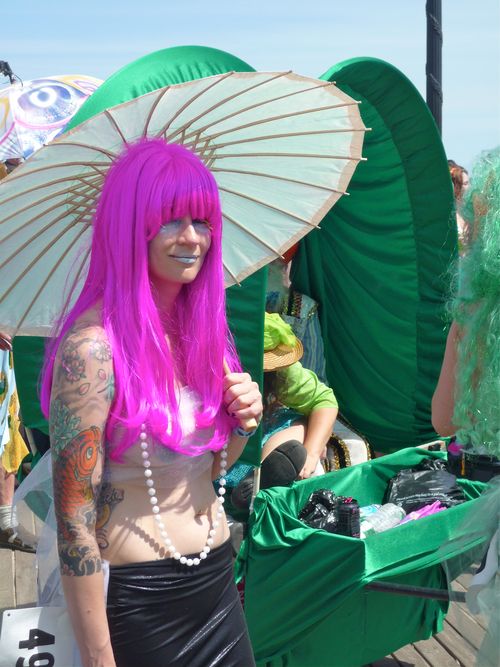 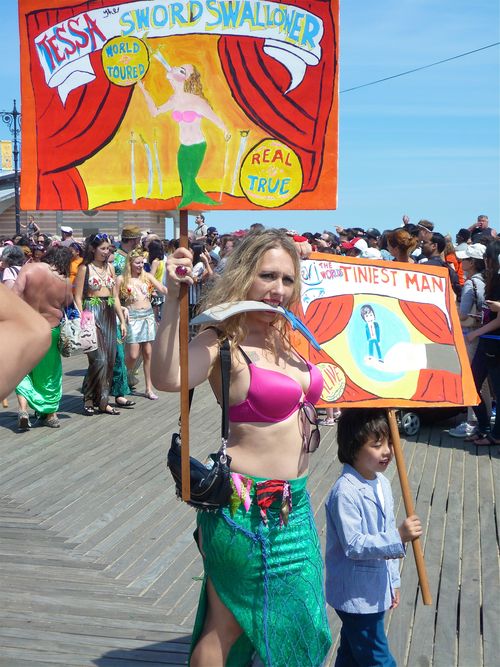 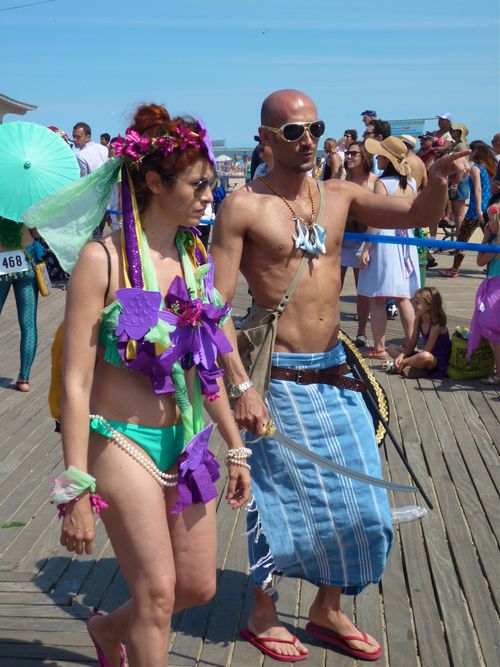 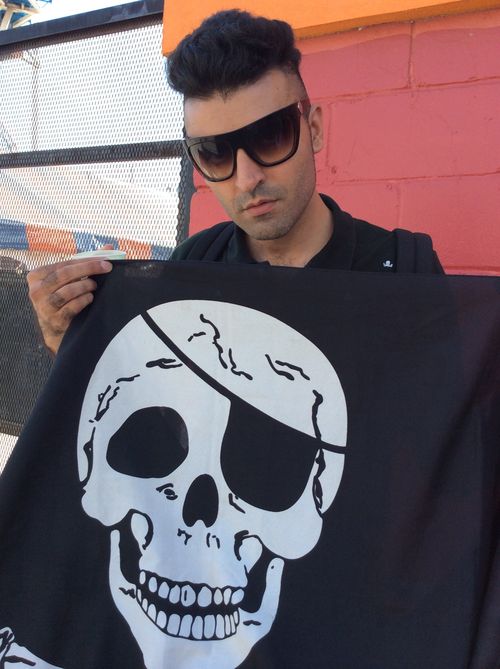 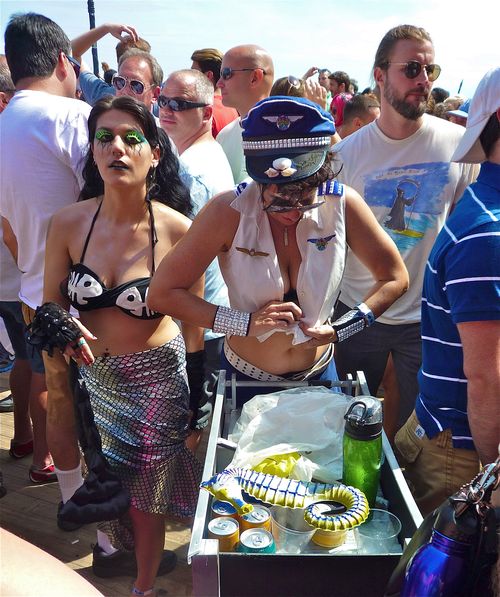 After the parade, we went back to Ruby’s for corn dogs and beer and out front was this spoofy stewardess dispensing soda pop and condoms from her airline drink cart. 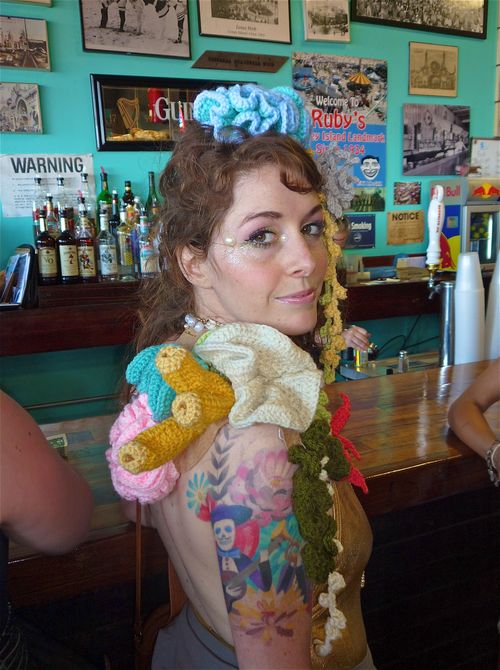 I loved this woman’s Day of the Dead tattoo. 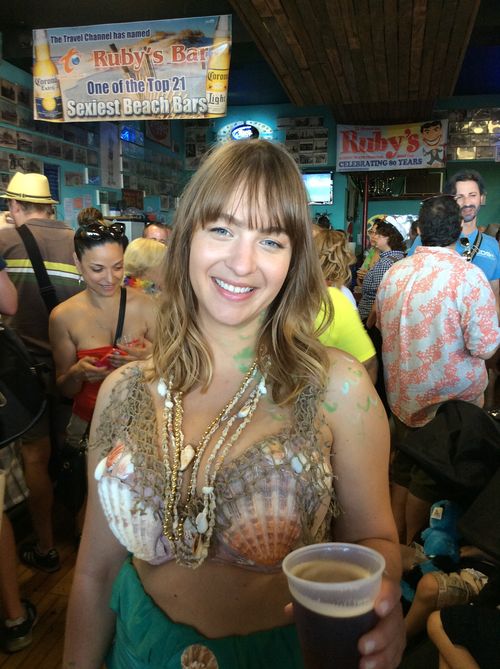 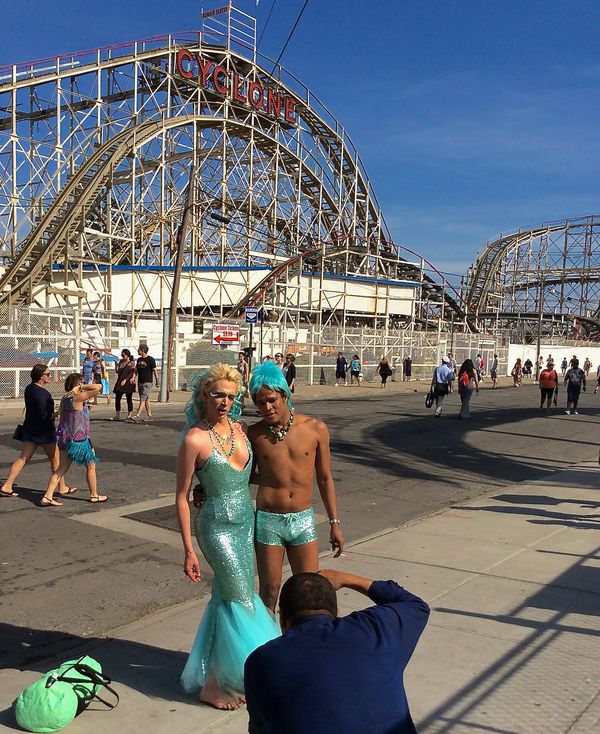