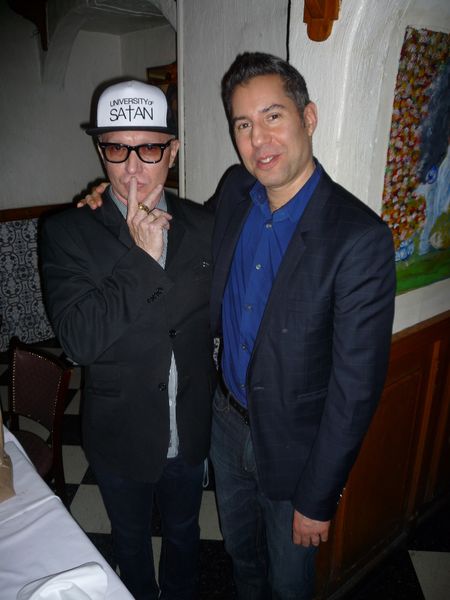 The stars, sluts and star sluts were out last night in NYC when director Bruce LaBruce and I  celebrated our birthdays together at the venerable El Quijote restaurant in New York on my birthday, January 11.

Since I was turning 35, my friend Camille Paglia sent me this quote from Oscar Wilde:

“Thirty-five is a very attractive age. London society is full of women of the very highest birth who have, of their own free choice, remained thirty-five for years. Lady Dumbleton is an instance in point. To my own knowledge she has been thirty-five ever since she arrived at the age of forty, which was many years ago now.” 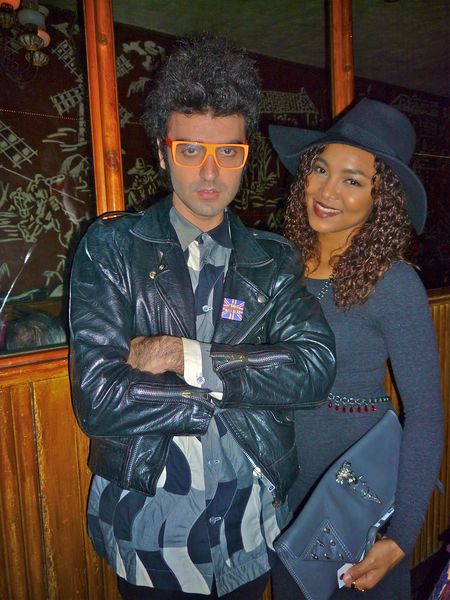 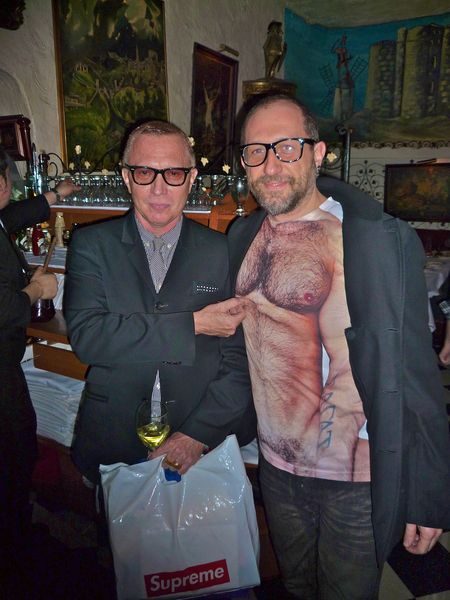 Screenwriter and actor Rinaldo Rocco and I. Rinaldo lives in Rome but is working on a project in New York. 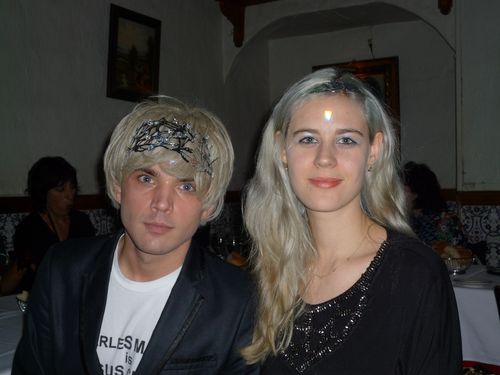 Pretty on the outside. 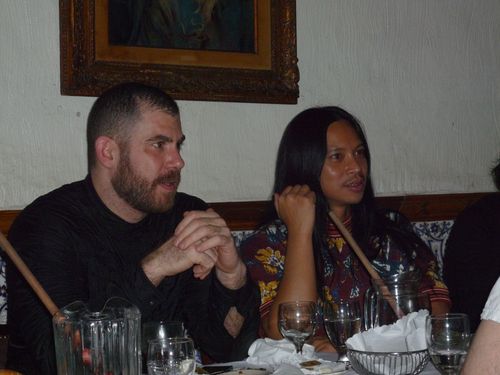 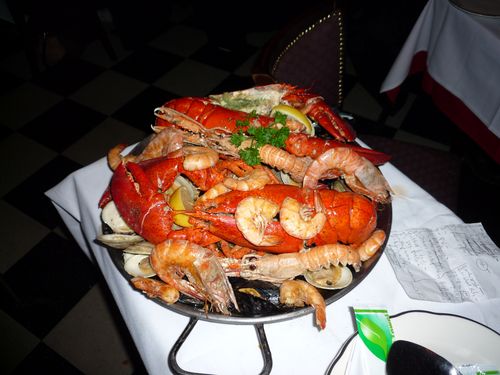 I wasn’t that hungry so I just ordered something small. 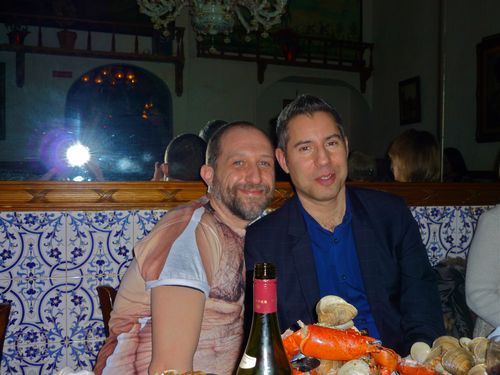 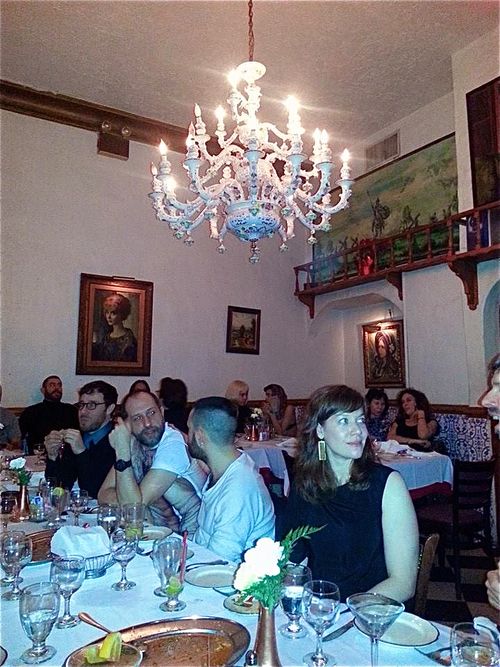 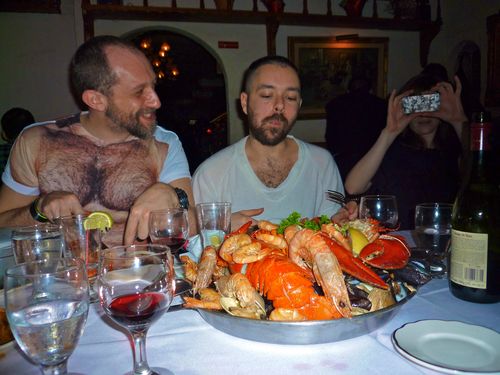 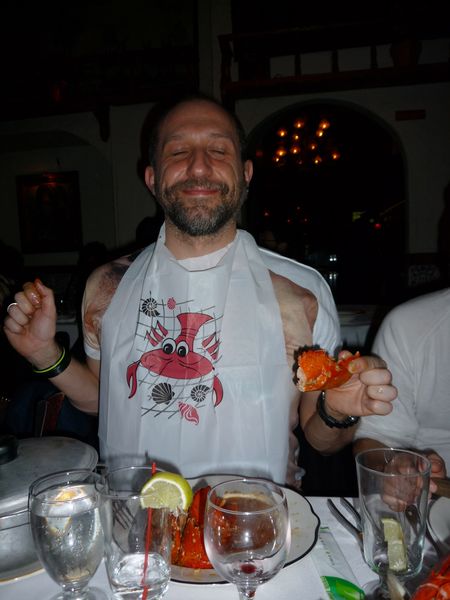 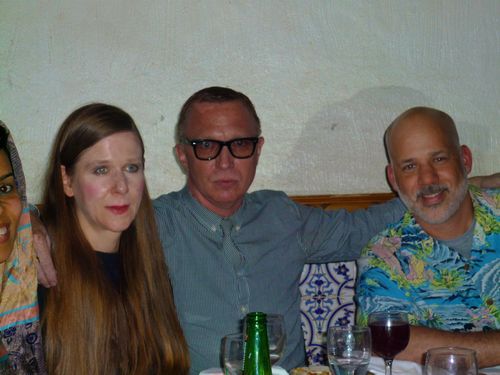 Susanne Oberbeck of No Bra, BLaB and Jason Thome. 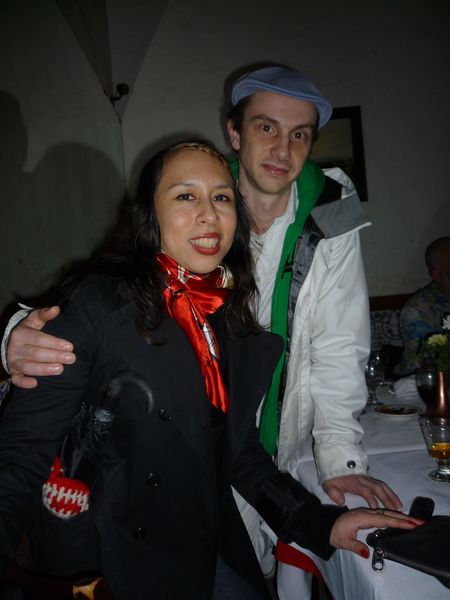 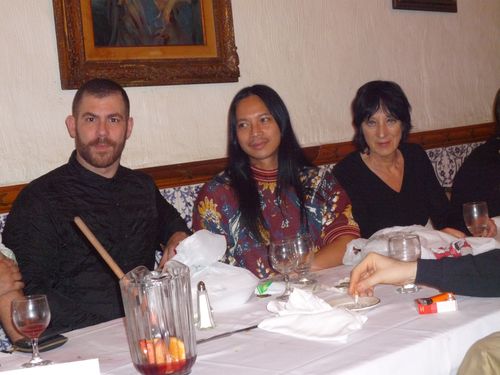 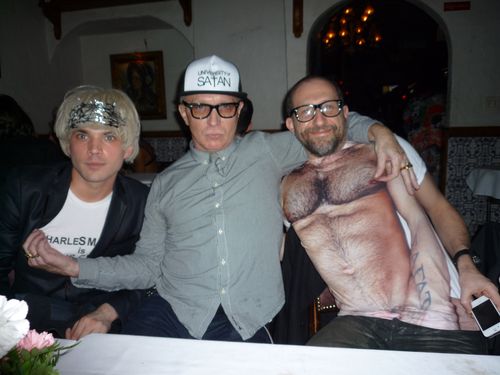 The boys in the band 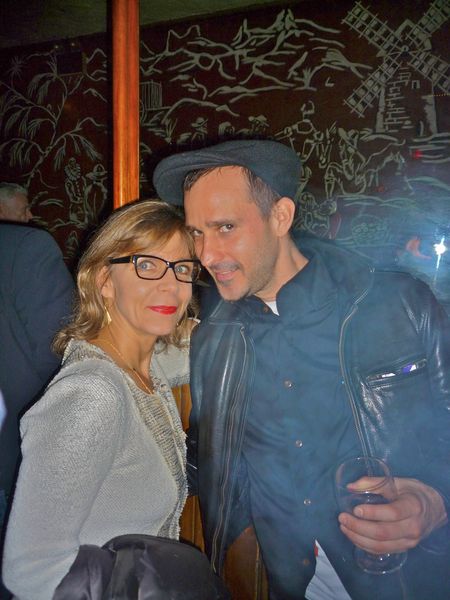 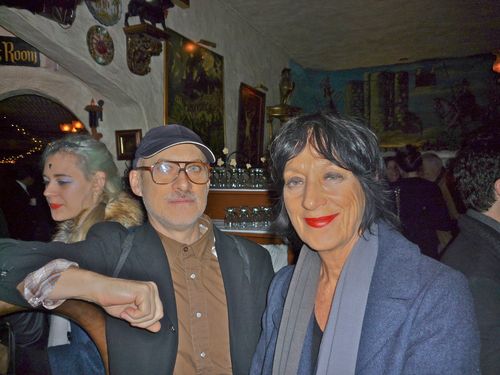 Billy Miller of Straight to Hell fame and Carole Pope 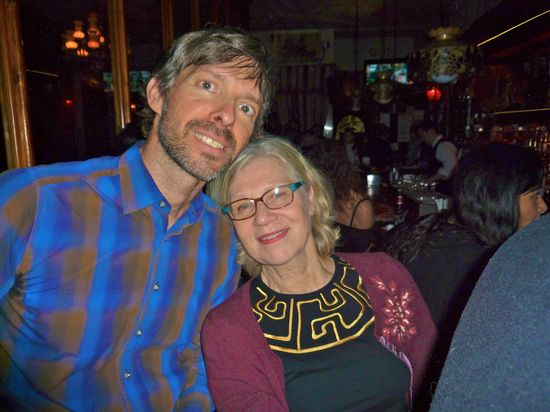 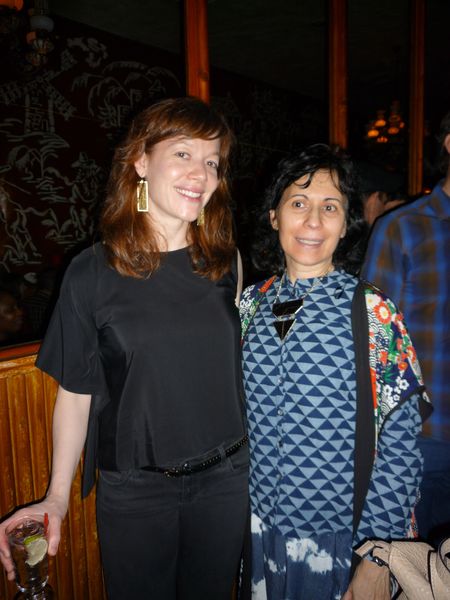 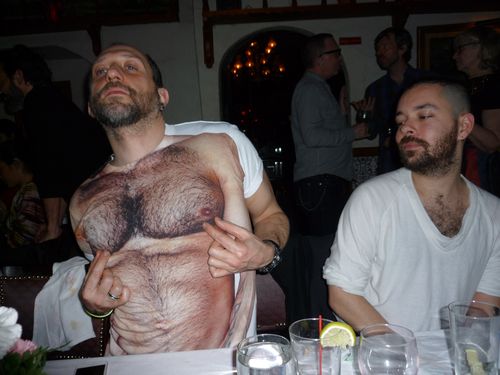 Since the theme of the night was more or less “The Boys in the Band” we ended the night at Julius’ where the opening scenes of the film were shot in 1970.