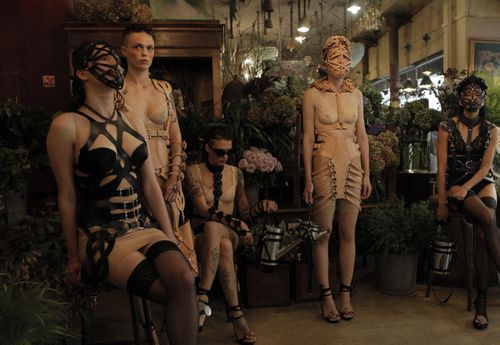 Famous for her intricate harnesses, New York-based designer Zana Bayne has carved her own niche, dressing influential industry figures, as well as stylish celebrities. Her beautiful presentation -showcased at L'Arrosoir Paris- confirmed her passion for female curves and sensory contradictions, hovering between the hidden and the exposed. Despite their overt sensuality, her pieces were also delicate and refined, exploring the tension between fetish and beauty. 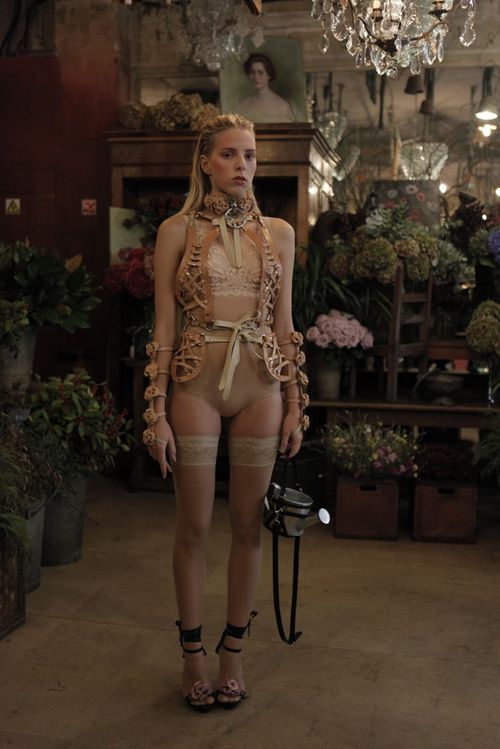 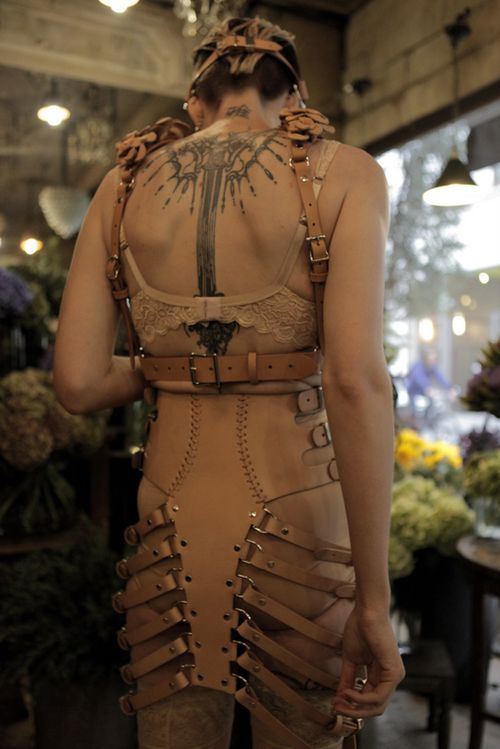 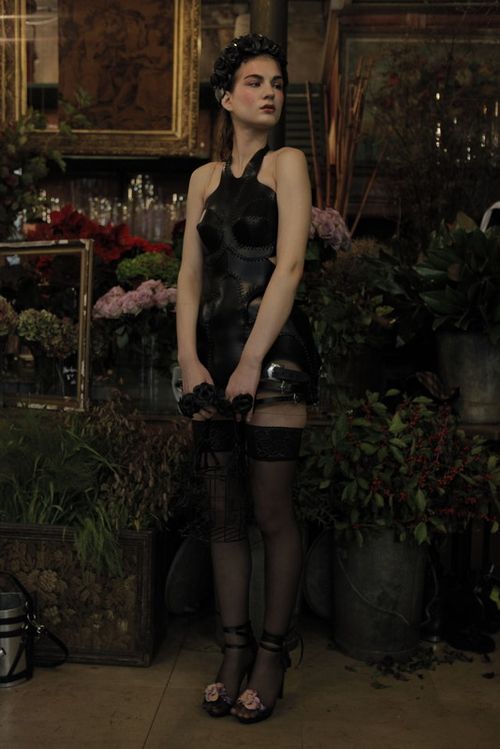 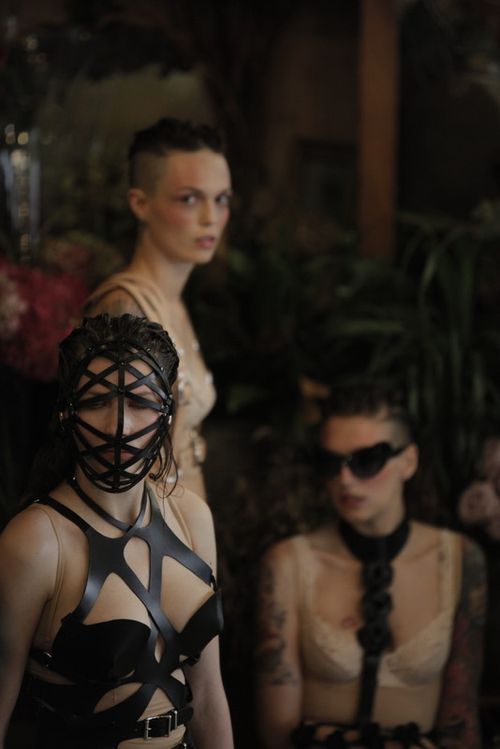 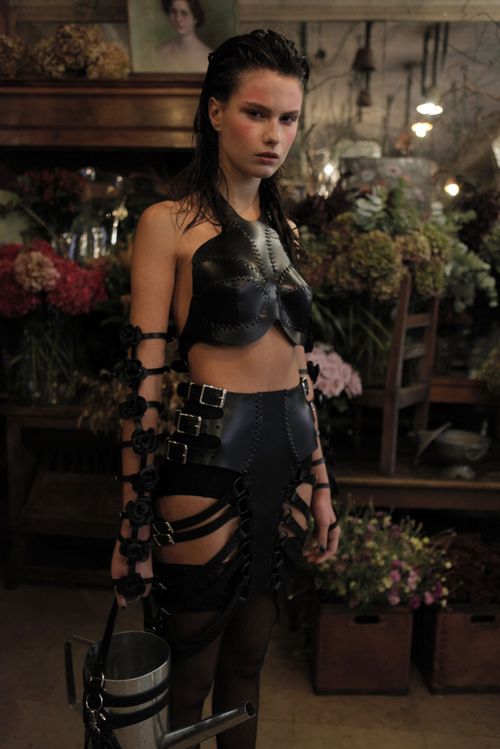