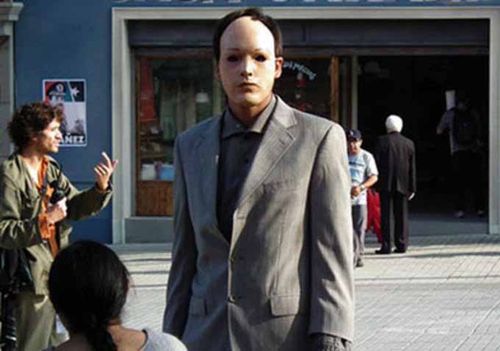 In the opening minutes of "The Dance of Reality," cult director Alejandro Jodorowsky's first movie in 23 years, he appears onscreen reciting a poem that compares money to blood, Christ and Buddha, then equates death to consciousness and wealth. It's that combination of evocative prose and bizarre associations that define the director's appeal, which stretches back to the glory days of his midnight movie stardom with "El Topo" and "The Holy Mountain." While lacking their polished lunacy, "The Dance of Reality" maintains the gonzo spirit of its creator, virtually emerging directly from his psyche.